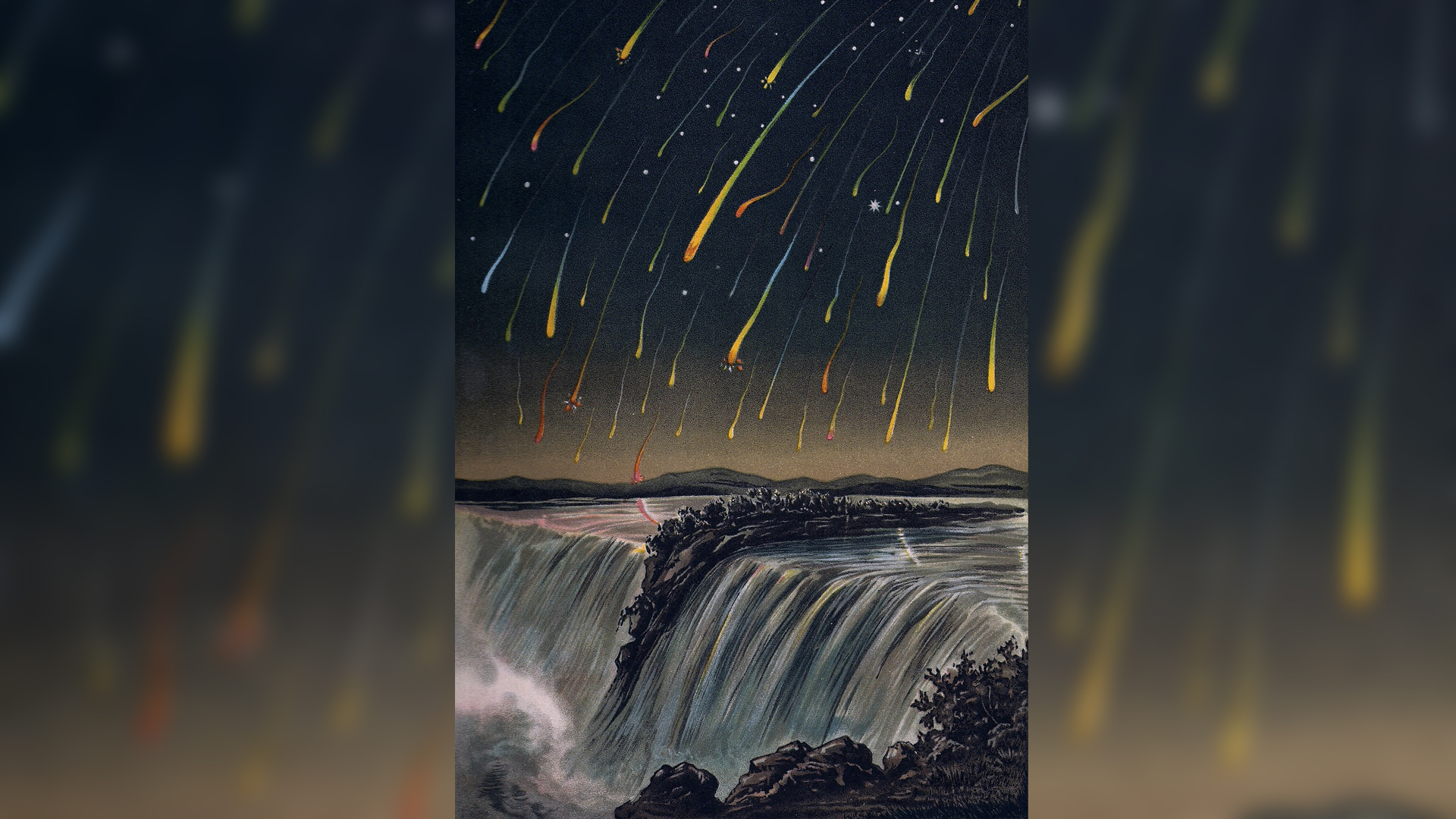 As Earth orbits the sun, it ploughs through dust and debris left behind by comets and asteroids. That debris gives birth to meteor showers (opens in new tab) — which can be one of nature’s most amazing spectacles.

Most meteor showers are predictable, recurring annually when the Earth traverses a particular trail of debris.

Occasionally, however, Earth runs through a particularly narrow, dense clump of debris. This results in a meteor storm, sending thousands of shooting stars streaking across the sky each hour (opens in new tab).

A minor shower called the tau Herculids could create a meteor storm for observers in the Americas this weekend. But while some websites promise “the most powerful meteor storm in generations,” astronomers are a little more cautious.

The story begins with a comet called 73P/Schwassmann-Wachmann 3 (opens in new tab) (comet SW 3 for short). First spotted in 1930, it is responsible for a weak meteor shower called the tau Herculids, which nowadays appears to radiate from a point about ten degrees from the bright star Arcturus.

This year, Earth will cross comet SW 3’s orbit at the end of May.

Detailed computer modelling suggests debris has been spreading out along the comet‘s orbit like enormous thin tentacles in space.

Has the debris spread far enough to encounter Earth? It depends on how much debris was ejected in 1995 and how rapidly that debris was flung outwards as the comet fell apart. But the pieces of dust and debris are so small we can’t see them until we run into them. So how can we get an insight into what might happen next week?

Could history repeat itself?

Our current understanding of meteor showers began 150 years ago with an event quite similar to SW 3’s story.

A comet called comet 3D/Biela (opens in new tab) was discovered in 1772. It was a short-period comet, like SW3, returning every 6.6 years.

In 1846, the comet began to behave strangely. Observers saw its head had split in two, and some described an “archway of cometary matter” between the pieces.

Sketch of comet 3D/Biela in February 1846, after it split into (at least) two pieces. (Image credit: Edmund Weiß)

At the comet’s next return, in 1852, the two fragments had clearly separated and both were fluctuating unpredictably in brightness.

The comet was never seen again.

But in late November of 1872, an unexpected meteor storm graced northern skies, stunning observers with rates of more than 3,000 meteors per hour.

The meteor storm occurred when the Earth crossed 3D/Biela’s orbit: it was where the comet itself should have been two months earlier. A second storm, weaker than the first, occurred in 1885, when the Earth once more encountered the comet’s remains.

3D/Biela had disintegrated into rubble, but the two great meteor storms it produced served as a fitting wake.

A dying comet, falling apart before our eyes, and an associated meteor shower, usually barely imperceptible against the background noise. Are we about to see history repeat itself with comet SW 3?

What does this suggest for the Tau Herculids?

The main difference between the events of 1872 and this year’s tau Herculids comes down to the timing of Earth’s crossing of the cometary orbits. In 1872, Earth crossed Biela’s orbit several months after the comet was due, running through material lagging behind where the comet would have been.

By contrast, the encounter between Earth and SW 3’s debris stream next week happens several months before the comet is due to reach the crossing point. So the debris needs to have spread ahead of the comet for a meteor storm to occur.

By contrast, the encounter between Earth and SW 3’s debris stream next week happens several months display from the shower, others suggest the debris will fall just short.

Whatever happens, observations of next week’s shower will greatly improve our understanding of how comet fragmentation events happen.

Calculations show Earth will cross SW 3’s orbit at about 2 a.m. EDT (0600 GMT), May 31 (opens in new tab). If the debris reaches far enough forward for Earth to encounter it, then an outburst from the tau Herculids is likely, but it will only last an hour or two.

From Australia, the show (if there is one) will be over before it’s dark enough to see what’s happening.

For observers across Australia, the Tau Herculids radiant is low in the northern sky around 7pm local time. (Image credit: Museums Victoria/stellarium)

Observers in north and south America will, however, have a ringside seat.

They are more likely to see a moderate display of slow-moving meteors than a huge storm. This would be a great result, but might be a little disappointing.

However, there is a chance the shower could put on a truly spectacular display. Astronomers are travelling across the world, just in case.

What about Australian observers?

There’s also a small chance any activity will last longer than expected, or even arrive a bit late. Even if you’re in Australia, it’s worth looking up on the evening of May 31, just in case you can get a glimpse of a fragment from a dying comet!

The 1995 debris stream is just one of many laid down by the comet in past decades.

However, debris from those visits will have spread out over time, and therefore we expect only a few meteors to grace our skies from those streams. But, as always, we might be wrong — the only way to know is to go out and see!

By midnight (local time), the tau Herculids radiant will have moved to the north-western sky, seen from across Australia. (Image credit: Museums Victoria/Stellarium)