Get the Alien: Fate of the Nostromo board game for 30% off at Amazon 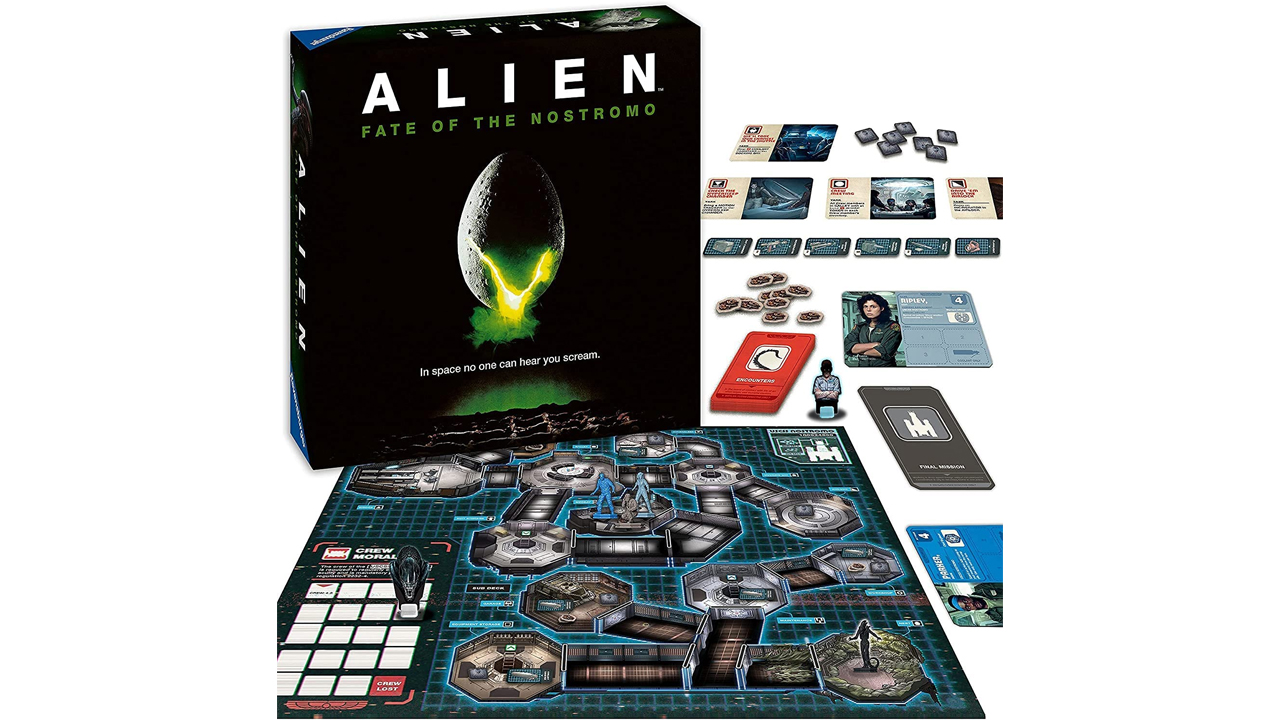 Edit: We post the deal, blink, and Amazon makes it worse. What can you do? The game is still 30% off, which is still a great deal even if it’s not quite as good as 50%. We blame Weyland-Yutani.

Relive the horror masterpiece and see if you can get a few more crew members out alive with Alien: Fate of the Nostromo.

Now just under $21 at Amazon (opens in new tab), this Alien: Fate of the Nostromo game is a must for fans of the original Alien movie. Suitable for between 1 and 5 players, aged 10 or above, it pits you against Ridley Scott and H.R. Giger’s horrifying, chest-bursting creature.

The game features the full layout of the Nostromo and comes with plastic figurines representing each crew member. Well, except Ash, but that’s another story.  Can you work together and ensure that the Nostromo doesn’t up completely survivor-less?

If you’re not seen the movie, the game’s simple enough to pick up and play and, with playtime of under 60 minutes, it won’t eat up your whole afternoon. At 50% off, there’s no excuse to miss this.

It’s been a mind-blowing 43 years since Ridley Scott directed Alien, and it’s almost as mind-blowing that this game based on the movie is under $21.00. It was a good at full price but at over 30% off, Alien: Fate of the Nostromo is a face-huggingly fantastic deal.

The sequel, Aliens, saw space marines taking on the titular creatures and while they didn’t fare well they were at least armed. Here, it’s just the Nostromo’s crew (minus Ash and Kane) against the slime-jawed, head-ventilating monster that they picked up on LV-426.

So, right from the word go, you’re outmatched which should make for some very tense games. Put the original Alien soundtrack on, turn out the lights and you’ll be jumping every time a cat brushes against your legs.

You can play the game solo, but it’s best enjoyed with other players. What’s especially entertaining, and harrowing, is the way that morale drops each time you run into the Alien. Characters cant die, which is one of the reasons this is suitable for 10 year olds. But encounter the creature enough and it’s game over man, game over.

Everyone wins or no-one wins, so Alien: Fate of the Nostromo shouldn’t demolish any friendships. But an especially neat touch is the way you can throw android Ash into the mix, raising the difficulty appropriately.

Plus, each player can end up with a different final mission, and the game may or may not end with the Nostromo’s self-destruct mode being activated. So whether you’re an Alien fan or not, Alien: Fate of the Nostromo offers thrills, suspense and plenty of replayability. At this low, low price, it’s an amazing buy.

Be sure to check out Space.com’s Prime Day deals or our list of Alien movies ranked worst to best.  (opens in new tab)