Glowing ‘auroral beads’ appear strung across the night sky. Here’s what creates them. 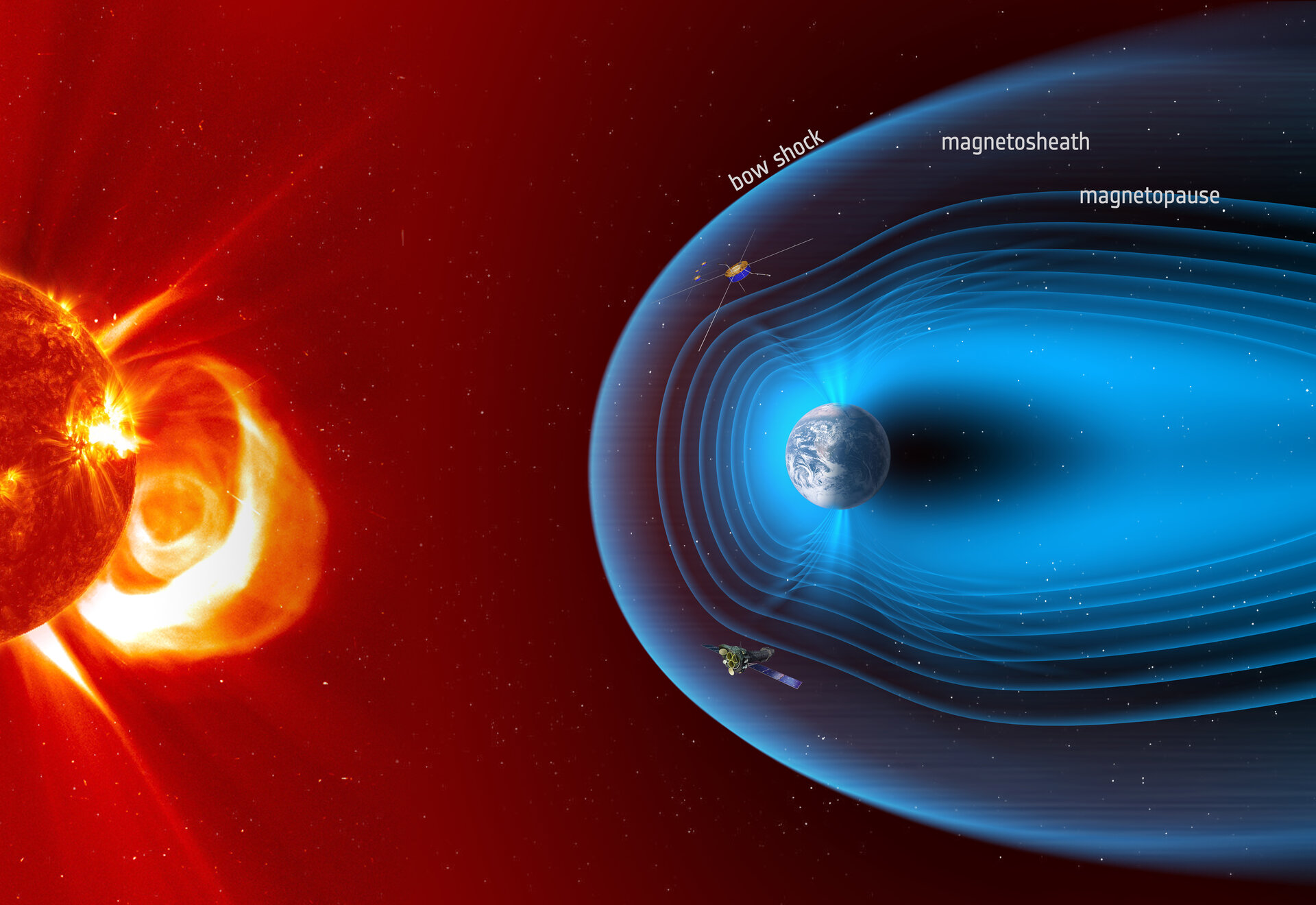 A cohort of telescopes captured a special type of aurora strung across the night sky like a glowing jeweled necklace, helping astronomers better understand the mechanics behind these beautiful light shows.

Known as auroral beads, these round auroras appear in groups dotted across the sky, whereas more traditional auroras appear flatter and more elongated. A group of 13 spacecraft, including the European Space Agency’s (ESA) Cluster mission, observed the process that triggers auroral beads on Earth’s dayside, or sun-facing side, offering new clues about how these unique auroras form.

Auroras are caused by electrical storms or charged particles emitted by the sun. Observations collected on Nov. 6, 2018, revealed that vortices at the edge of Earth’s magnetosphere — the magnetic field that surrounds our planet and protects it from solar radiation — allow some of the sun’s charged particles to tunnel down toward Earth’s surface, creating streams of auroral beads, according to a statement from ESA.

The spacecraft were located on Earth’s night side, near the planet’s magnetopause, the thin boundary at the outer edge of the magnetosphere. While some of the spacecraft observed the vortices, others observed the streams of particles flowing toward Earth. Combining these observations allowed researchers to study the entire process of auroral bead formation for the first time, according to the statement.

“This discovery shows that the Cluster spacecraft are part of a ‘magnetospheric orchestra’ of missions that together enable extra science that is not possible to achieve with each mission individually,” Philippe Escoubet, project scientist for ESA’s Cluster mission, said in the statement.

Electrons from solar wind enter Earth’s magnetosphere through vortices and travel down toward the upper atmosphere, where they collide with hydrogen, oxygen and nitrogen, and create glowing auroral beads. (Image credit: ESA)

The whirlpool-like vortices that provide a fast track for solar particles form when solar wind blows past the Earth’s magnetopause, like wind stirring up oceans and clouds. In turn, electrons from the solar wind spiral toward the magnetosphere and eventually reach Earth’s upper atmosphere, where the electrons interact with hydrogen, oxygen and nitrogen. This causes the molecules to glow and form round auroral beads that appear to be strung across the sky.

“It’s great to use multi-satellite missions to make connections between dynamics at the edge of the magnetosphere and what we see in the ionosphere far below,” Steven Petrinec, a physicist at Lockheed Martin Space and lead author of a study describing the findings, said in the statement. “Due to the scarcity of observations and sampling locations within the magnetosphere, it is important to take full advantage of multiple mission observations whenever possible to understand the connections between different processes within the large and complex system.”

The findings were published in the journal Frontiers in Astronomy and Space Sciences.

« Governor of Bank of Spain: Crypto Markets Are ‘Bigger Than Subprime Mortgages Before the Financial Market Crisis’ » Is education the key to curbing the rise of scammy, high APY projects?