The N64 game has been “faithfully recreated for Xbox consoles,” Rare said. It will include achievements, 4K resolution (for supported TVs), and a smother framerate. There will be split-screen local multiplayer that benefits from improved framerate, too. In a blog post, Microsoft said players can expect new control options, like dual analogue stick support, as well as a native 16:9 resolution.

The game is “coming soon” to Xbox Game Pass, Rare, which is owned by Microsoft, said in its announcement tweet. A specific release date, however, was not announced. Everyone who owns a digital copy Rare Replay, the compilation pack of classic Rare games, will get GoldenEye at no extra cost.

Here are the first screenshots of GoldenEye for Xbox: 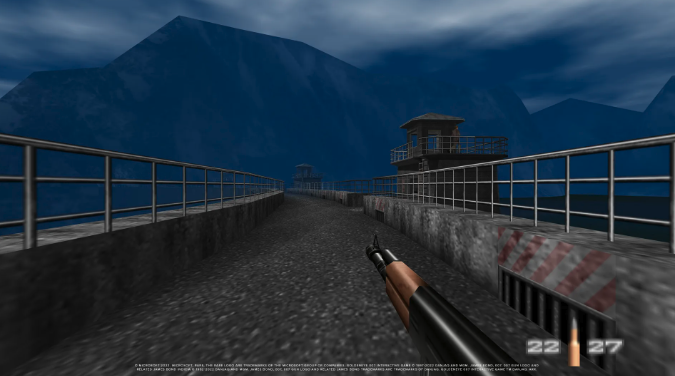 During the September Nintendo Direct today, Nintendo confirmed that GoldenEye 64 is coming to the Switch via backwards compatibility for Nintendo Switch Online + Expansion Pack owners. There will be online play for Nintendo Switch, and that feature is exclusive to Nintendo’s console.

A new version of GoldenEye was supposed to come to Xbox 360 years ago, but it ran into licensing issues. The HD remaster later leaked, and now it’s officially coming to Xbox and Switch.

A GoldenEye remake for the Wii was released in 2010, but it featured Daniel Craig standing in for Pierce Brosnan. A Reloaded edition for PS3 and Xbox 360 was released later.

2022 marks the 60th anniversary of the James Bond series. The company behind the franchise teased that fans should “watch out for announcements, events, and new content across 2022.”

This year we celebrate the 60th anniversary of the James Bond series. Watch out for announcements, events and new content across 2022. pic.twitter.com/eLiSIvK722

In other news, Hitman developer IO Interactive is developing a new James Bond game that will tell an original story for the British superspy. Given 2022 is an anniversary year for the James Bond series, here’s to hoping we get to see or learn more about the game this year.