Here comes Mars! Red Planet will soon offer us its best view until 2031 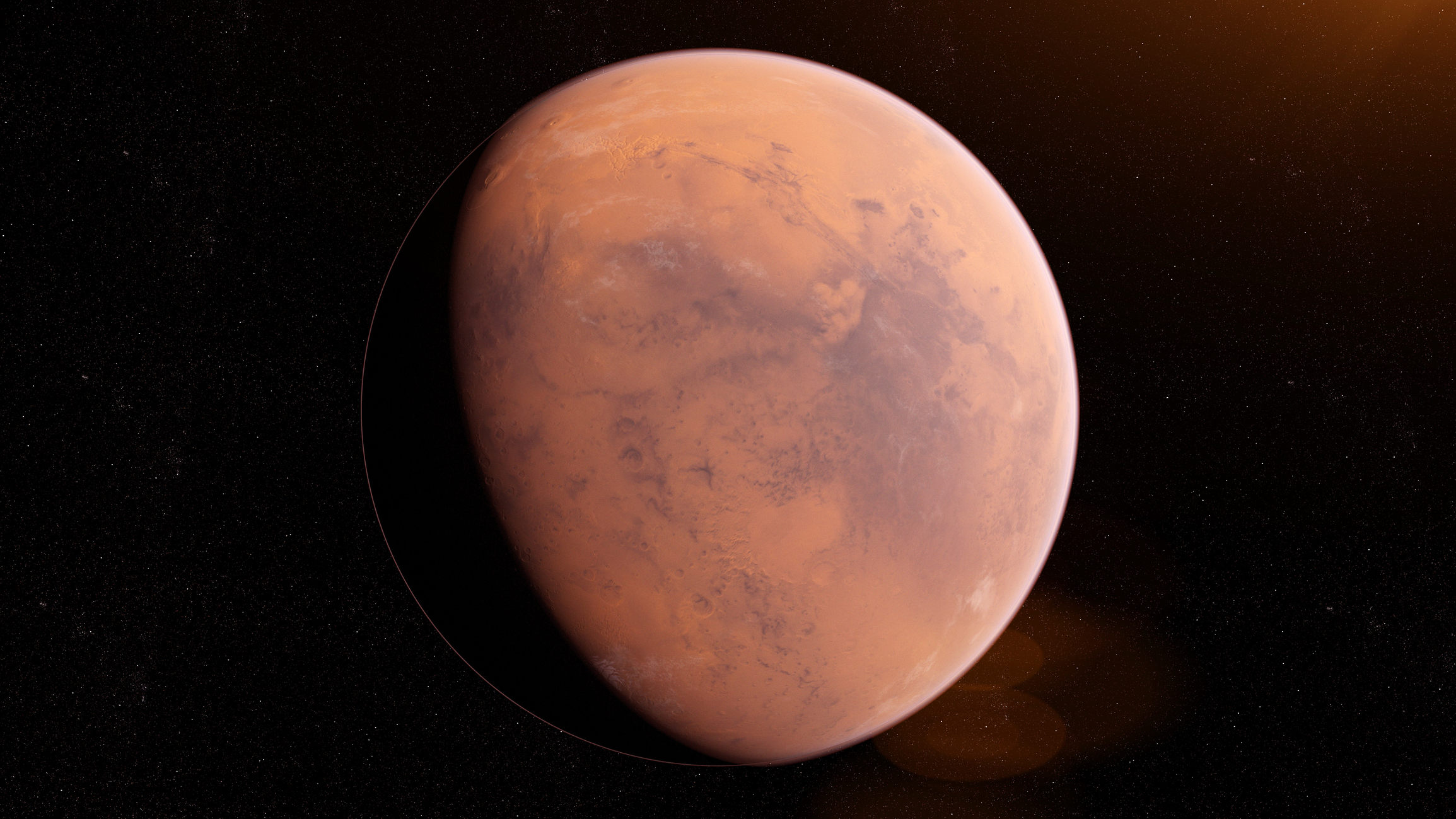 Mars is coming, and if you have a telescope, you’ll want to make the most of this opportunity in the coming months. It is going to be a long time before you’ll get another chance this good.

And this fact is absolutely true: Mars, the only planet whose surface we can see in any detail from the Earth, is now moving toward the best viewing position it will provide to us until the year 2031. Assiduous planet watchers have already begun readying their telescopes.

If you haven’t yet seen it, it will be well worth looking for this week, even though you’ll have to wait until after midnight to see it well.

Related: Night sky, September 2022: What you can see tonight [maps]

Mars is currently midway between the horns of the zodiacal constellation of Taurus, the Bull and during this week it will rise at around 10:30 p.m. local daylight time. There is certainly no mistaking it once it comes up over the east-northeast horizon. Presently shining like a brilliant pumpkin-hued light of magnitude -0.4, Mars is currently ranks in third place after Sirius and Canopus among the 21 brightest stars. (The lower an object’s magnitude, the brighter it appears in the sky.)

But as it continues to approach our Earth in the coming weeks and months, Mars will only be getting brighter: it will surpass Sirius, the brightest star in the sky by Nov. 11 and will then rank as the fourth brightest object in the night sky behind the moon, Venus and Jupiter.

Late on Friday night (Sept. 16) through early on Saturday morning (Sept. 17), Mars will hover about 3.5-degrees to the right and slightly below a waning gibbous moon as they rise above the east-northeast horizon (your clenched fist held at arm’s length is roughly 10 degrees in width). As you will see for yourself, the Red Planet actually will appear closer to a yellow-orange tint — the same color of a dry desert under a high sun.

An illustration of the night sky on Sept. 16 depicting the moon and Mars in conjunction. (Image credit: Starry Night Software)How close?

It’s not often that we get a good close look at Mars. To begin with, it’s a small world only twice the size of our moon and about half the size as our Earth. And more often than not, it spends most of the time far away on the other side of its orbit from us. I know from my many years of experience in public outreach, that when I’m outside showing the sky through my telescope, if the moon is not anywhere to be seen, the object that most people will ask to see is Mars.

And yet, Mars ironically ranks as one of the most disappointing telescopic objects, usually appearing as nothing more than a tiny, featureless orange blob. The only time we get a legitimate shot at detecting the markings on its surface, polar caps, clouds and possible dust storms are about every 26 months, or so, when Earth makes a close approach to Mars, as our smaller, swifter orbit “overtakes” Mars around the sun.

We call these oppositions, because Mars appears diametrically opposite to the sun in the sky; when the sun sets, Mars rises. It reaches its highest point in the sky during the middle of the night and is setting just as the sun is beginning to rise. Oppositions of Mars happen a little more than two years apart, but not all of them are equal. Because both the orbits of Mars and Earth are mildly elliptical, some close approaches between the two planets are noticeably closer than others. The very best come in bunches of two or three that repeat in a cycle averaging 15 to 17 years long.

We’re currently on the downturn of that cycle. In July 2018 Mars came to within an exceptional 35.78 million miles (57.58 million km) of Earth, and in October 2020 came another unusually close approach at 38.57 million miles (62.06 million km). On this upcoming occasion, Mars will come closest to Earth on the evening of Nov. 30 (at around 9:17 p.m. Eastern Standard Time). The planet will then lie 50.61 million miles (81.43 million km) from Earth as measured from center to center. Mars will arrive at opposition to the sun eight days later on Dec. 8.

View of the moon alongside planet Mars, as seen from Bogota City on October 02, 2020. (Image credit: Daniel Garzon Herazo/NurPhoto via Getty Images) (opens in new tab)

When it comes closest to Earth on Nov. 30, Mars’ apparent disk diameter will be equal to 17.2 arc seconds. To get an idea of just how large this is, wait until after 8 p.m. this week and if you have a telescope, check out silvery white Jupiter, gleaming brilliantly low in the eastern sky; it’ll appear nearly 50 arc seconds across.

In contrast, Mars’ disk will appear only about one-third as big as Jupiter’s when the Red Planet comes closest to Earth later this year. While this may sound small, keep in mind that this is still atypically large for Mars. In fact, from Nov. 21 through Dec. 10, Mars’ apparent size will be larger than at any time until May 2031.

The best telescope for planetary work is a large, high-quality refracting telescope or a large, long-focus reflecting telescope. With almost any good telescope, however, you can still make interesting and productive observations. In any case the limiting factor is usually the atmospheric steadiness, which can change from hour to hour and dramatically affects image quality.

To both casual and serious observers, Mars offers challenges and — with a little luck — delights. In a high quality 4-or 6-inch (10 or 15 centimeters) telescope on a night of excellent steady air, you may be able to glimpse the north polar cap, dusky surface features, clouds and dust events. Using an eyepiece magnifying 105-power will make the disk of Mars appear the same angular size as the moon appears to the unaided eye.

A marking may appear only fleetingly the first time you glimpse it. But during the following nights, as you become familiar with its appearance, you’ll be able to recognize it right away — and maybe see details that were invisible to you at first. Just remember:

As we noted at the onset, Mars is already shining brightly in our late-night sky, inviting observers to see what they can see. By Nov. 7 you’ll catch the planet high up in the east-southeast sky by midnight. After it’s Dec. 8 opposition, it will be an early-evening object during the months thereafter as it recedes into the distance.

So almost as if to compensate for its relatively small apparent size, Mars will literally soar in the night sky. In fact, this year’s observing season finds Mars riding close to the northernmost part of the ecliptic, in Taurus above Orion. This means it passes very high overhead every night for observers at mid-northern latitudes — far above the thick layers of air and poor atmospheric seeing that troubled northern observers during its exceptionally close pass by the Earth during the summer of 2018.

Finally … be sure to put a big circle on your calendar on Wednesday, Dec. 7th. During the evening hours, the full moon will pass exceedingly close above Mars, actually hiding it (called an occultation) for parts of North America, and no doubt evoking a question that will be repeated many times that night: “What is that bright yellow-orange star just below the moon?” That night, even the most casual of folks will turn their attention to Mars.