How to watch Our Universe: Netflix & the BBC’s new interstellar documentary series 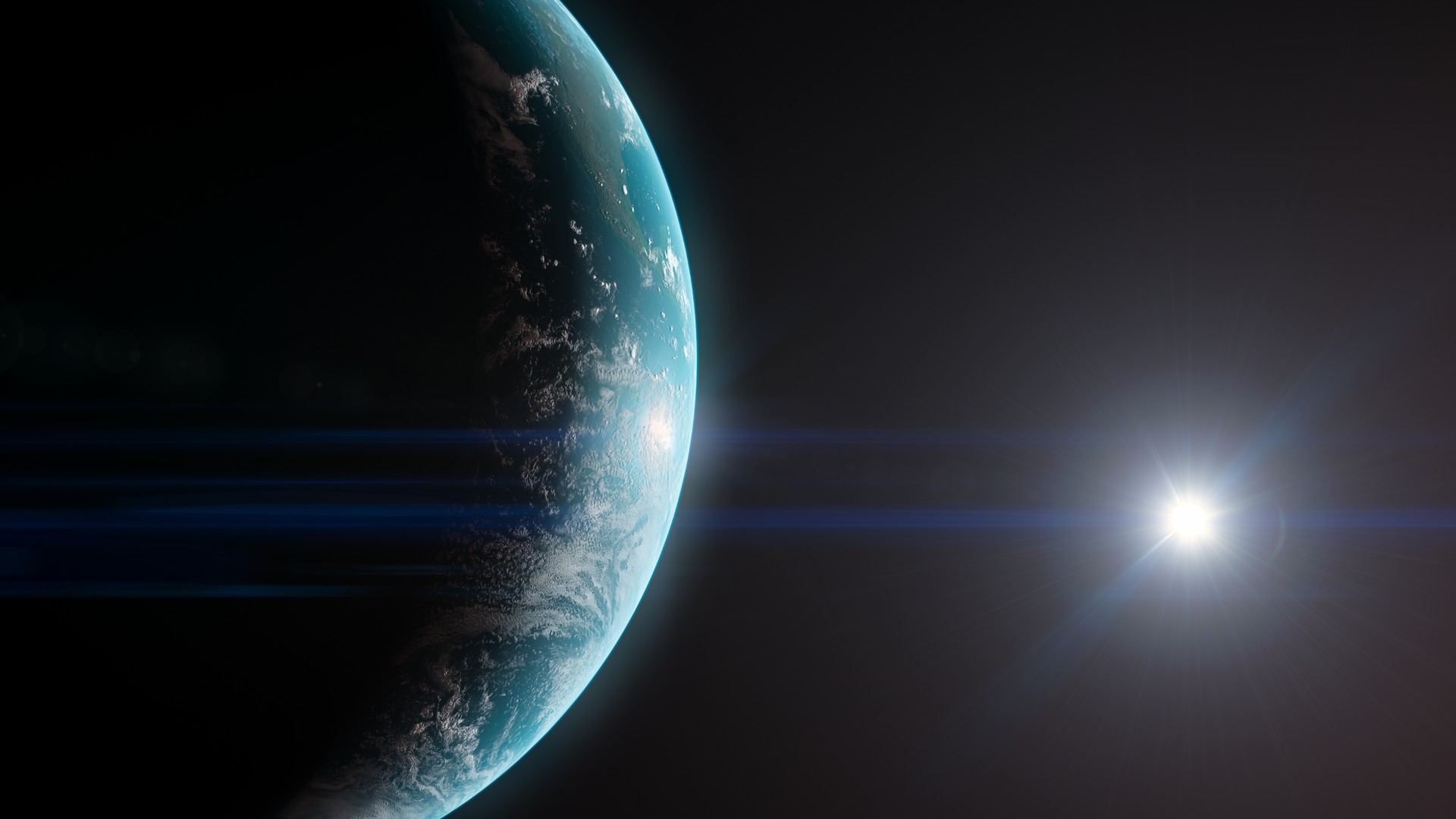 Our Universe is a new nature documentary coming out on November 22, 2022 narrated by Morgan Freeman and produced by BBC Studios.

Utilizing modern technology and exquisite computer-generated visual effects, this series takes the nature documentary format one step further and looks at the wider context of our Earth within the universe. It explores the interconnectivity of our planet, reminding us that we are but one small feature brought to being through connections of time and space.

In this guide for how to watch Our Universe, we will introduce the premise of this unique series, offer some spoiler-free recommendations for how to dive in, and offer an episode guide.

Netflix was kind enough to send over a sneak preview clip of the show for us, which you can see below.

Where to watch Our Universe?

All six episodes of Our Universe are available on November 22, 2022 on Netflix. Each episode has a runtime of 45 minutes and explores different aspects of life on Earth and how we got to this point in space and time.

The Our Universe original soundtrack features music written and produced by Anne Nikitin and Jessica Jones and is available from November 18, 2022 wherever you get your music.

The Our Universe trailer was released on November 10, 2022 and offers a glimpse into the exciting features that this series will explore. Clear from the onset is Morgan Freeman’s baritone voice narrating the journey across our world and the cosmos. What becomes immediately evident is that this is not your standard nature documentary.

It folds in exquisite computer-generated graphics of events happening in our universe, such as a massive collision with an early Earth, which likely caused the tilt of our axis leading to seasonal changes throughout the year. The teasing of this as a combination of nature and space documentaries primes the most innate desire for scientific exploration.

What is Our Universe?

This six-part docuseries is touted as an epic tale 13.8 billion years in the making. Going back to the origin of our universe through to the birth of our Sun and the formation of the Earth, it guides us on a journey to modern Earth and the living creatures we know and are familiar with. These include such iconic and charismatic animals such as the Alaskan brown bear, cheetahs, penguins, chimpanzees, and sea turtles.

The series explores the minute details of our world and invites the viewer to wonder how something as simple as a single blade of grass has come to be and the impact it has on our environment. The viewer is left with a much deeper appreciation for the uniqueness and fragility of our planet, but also its resilience and ability to adapt to the ever-evolving cosmos.

For fans of astronomy, viewers will be blown away by the impressive visuals and computer-generated imagery that recreates cosmic phenomena that fascinates us all. This series is accessible for all and highly recommended for family viewing.

All six episodes are available on Netflix as of November 22, 2022. Each focuses on a unique animal existing in their environment and the forces of the universe that led them to that singular moment. Minor spoilers ahead.

This episode explores the life of Wachini the cheetah on the Serengeti plains while she hunts for food. It then ponders the question of what it means to eat and how living beings require energy to survive. This energy starts its journey over 90 million miles away powered by the nuclear reactor that is our Sun.

Here we visit Gabon’s forests in central Africa to find Celeste the chimpanzee who is waiting for her baby. While she notes the time it takes for the baby to be born, the episode explores what it means for “time to pass.” Does everyone experience time the same way? Introducing the complex concept of time, and that it exists as a dimension within the fabric of our universe, it looks at the fragility, or lack thereof, of time and its ability to be manipulated.

Next, we travel to the Alaskan Arctic to glimpse the life of Luna, a brown bear, getting ready to hibernate for the winter. This is a common phenomenon that most of us are aware of, as well as the idea of what it means for the seasons to change. Learning that the tilt of Earth’s axis causes different hemispheres to “face” the Sun during different points of the year, we get to see (through phenomenal CGI technology) the cosmic collision from billions of years ago that likely caused this tilt.

In this episode we head south to the Great Barrier Reef and discover Stella, a baby sea turtle emerging from her shell and setting out on her perilous journey to adulthood. To survive she will need to battle predators and search for food, but her needs run deeper, relying on the fundamental elements in our universe such as hydrogen and iron in order to survive. As the classic saying goes: “We are star stuff” and this episode looks into where these elements originated and made their way to the planet as we see them today.

Leaving the islands and lush life of the Great Barrier Reef, this episode takes us to Botswana in the Okavango Delta to find a family of elephants seeking out water. Pondering their regular migration patterns based on a search for this fundamental molecule which makes up 70% of our planet, we explore how water ended up here in the first place. This is often a major revelation, that there is a lot of water in ice form throughout our Solar System, and delivery mechanisms in the form of comets and asteroids is a likely explanation for the distribution on Earth.

For the final episode we go on an adventure to the South Atlantic, specifically to South Georgia Island to find a pair of King penguins named Rocky and Paloma, who meet and fall in love. Now that we’ve pondered the effects of the Sun, water, elements, seasons, and the passing of time, we end on thinking about what brings us together. No, not love, but rather the force of gravity.

Who worked on Our Universe?

From BBC Studios, Our Universe is produced, written, and directed by Alice Jones, Stephen Cooter, and Naomi Austin. The Executive Producer is Andrew Cohen alongside Showrunner Mike Davis. The music is written and produced by Anne Nikitin and Jessica Jones. The series original soundtrack is available now wherever you get your music. And, of course, you have the cool, dulcet tones of Morgan Freeman guiding you through your epic journey.