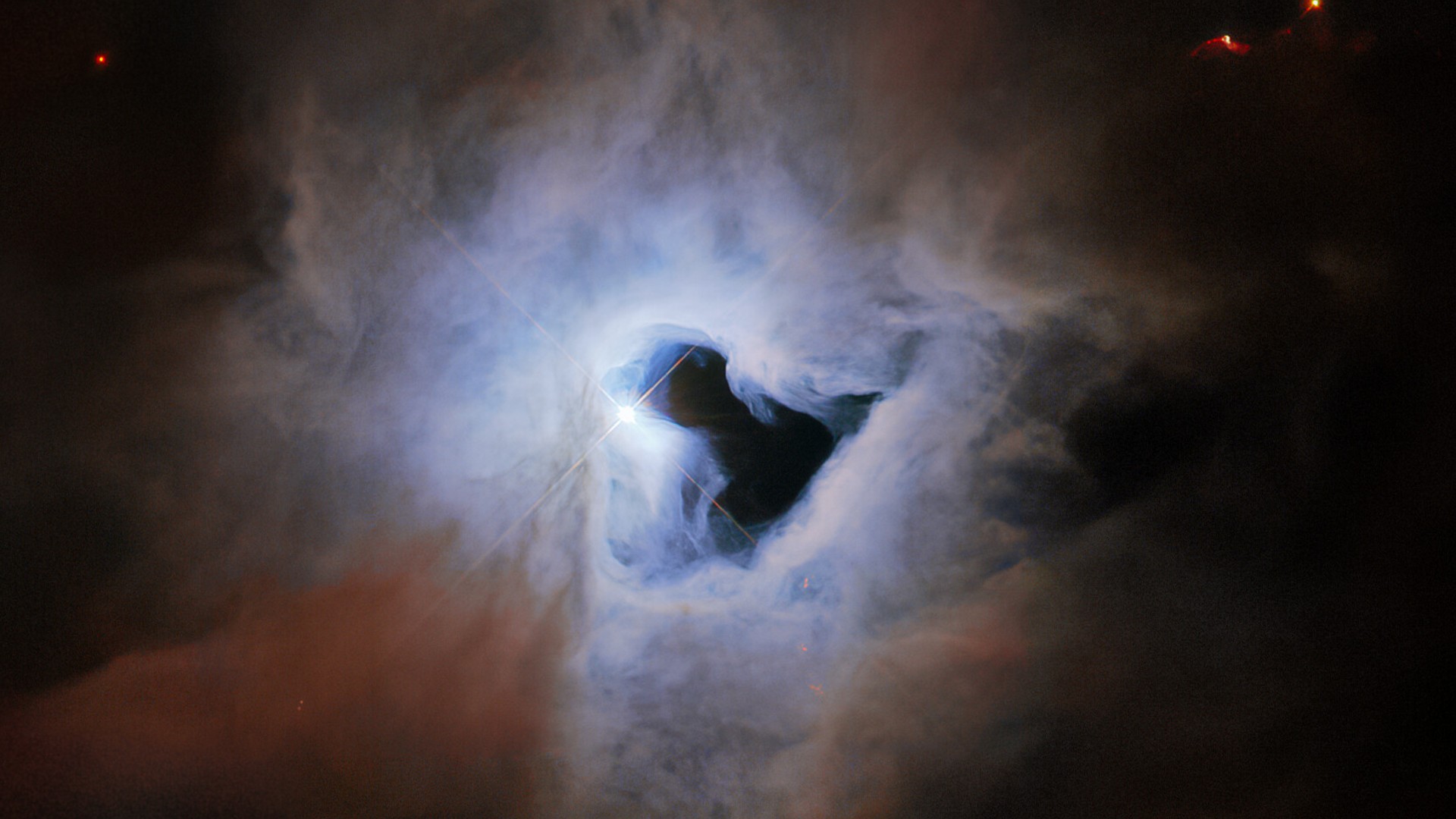 It’s not everyday that you can peek through a keyhole in the cosmos, but Hubble did just that — and it didn’t even realize it.

A new photo of the reflection nebula NGC 1999 taken by the Hubble Space Telescope and released by NASA and the European Space Agency (ESA) on Oct. 24 shows a “peculiar portrait” of the swirling cloud of gas and dust. The nebula is a relic of a star’s formation, V380 Orion, which can be seen in the center of the image, according to an ESA statement (opens in new tab) that accompanied the image.

The most distinctive feature of the photo, however, is the dark void in the heart of the nebula shaped like a keyhole.

When the nebula was first imaged by Hubble in 1999, it was believed that the dark central region was something known as a “Bok globule.” These globules are cold clouds of gas, dust, and other molecules that are so dense that they block any light from passing through. It was only after subsequent observations of the nebula that astronomers learned that the dark region was actually empty space. At the moment, the origin of this keyhole feature isn’t known.

The nebula is illuminated from the inside by the newborn star V380 Orion, and the nebula itself is actually the leftover material from the star’s formation. The star is white in color owing to the intense heat of its surface — roughly 18,000 degrees Fahrenheit (10,000 degrees Celsius), or twice the temperature of the sun — and it is estimated at 3.5 stellar masses.

The nebula is close to the Orion Nebula, located about 1,500 light-years away, in an active star-forming region of the Milky Way. It is also famous for its proximity to the first Herbig-Haro object ever discovered, which is just outside of the image frame, according to the space agencies. (Herbig-Haro objects are relatively short-lived jets of ionized gas shot out from very young stars.)

The new image was created using archival data from Hubble’s Wide Field Planetary Camera 2, which uses a mix of ultraviolet, visible, and near-infrared sensors to create the image of the nebula we see. The infrared sensor is arguably the most important when looking at nebulae, since Hubble’s other sensors cannot see past the clouds of dust to the stars within or behind the nebula.

This ability for infrared light to pass through clouds of gas and dust is what makes the James Webb Space Telescope such an important instrument, since it’s infrared camera is much more sensitive than Hubble’s, and has already revealed dazzling images of famous nebulae like the Pillars of Creation in the Eagle Nebula.

« Get $70 off the Celestron AstroMaster 130 EQ telescope » This iOS 16.1 update makes the Dynamic Island even more useful