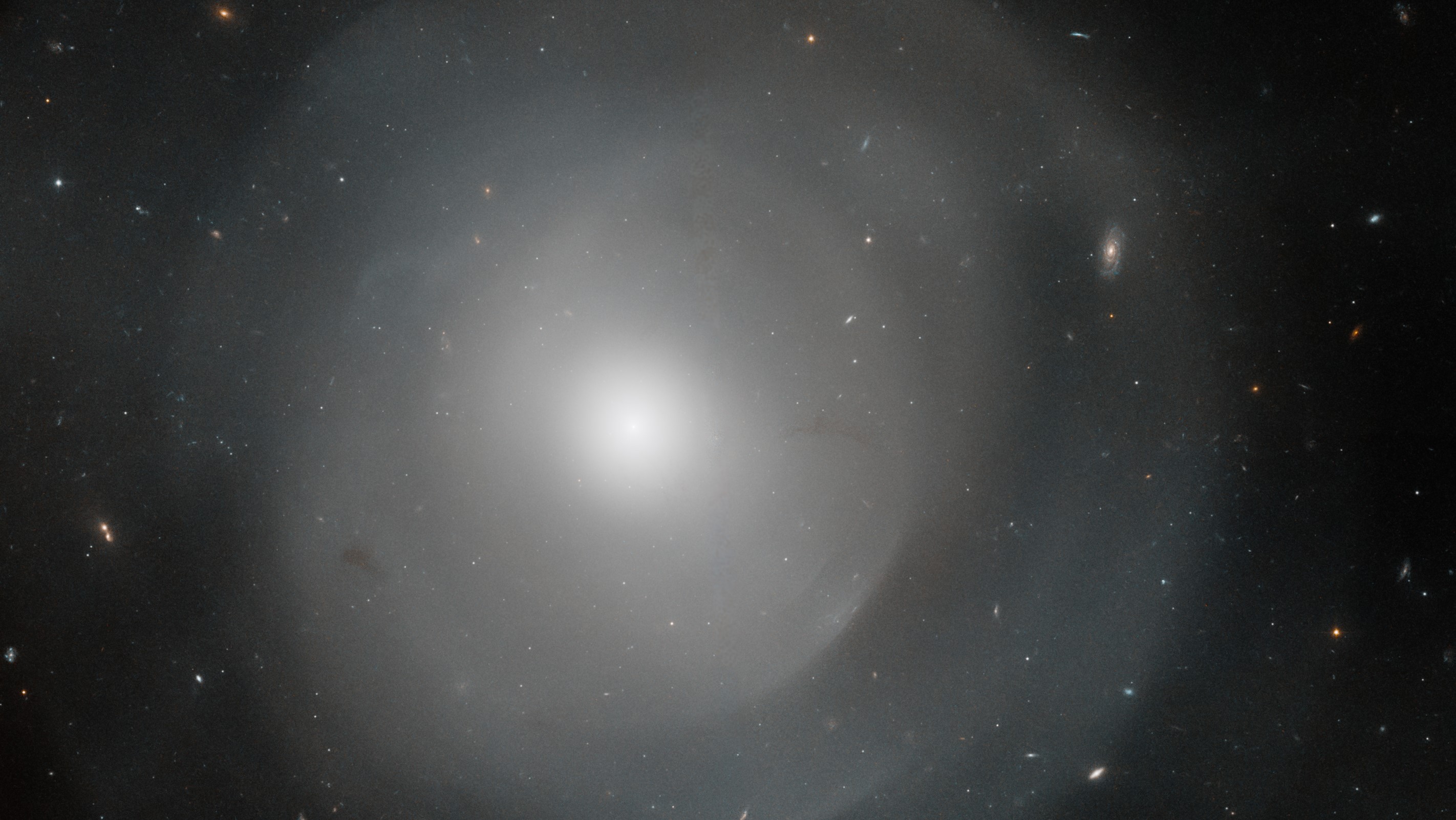 The Hubble Space Telescope has captured a stunning new view of a gigantic galaxy that is more than twice the size of the Milky Way.

The elliptical galaxy, known as NGC 474, is located approximately 100 million light-years from Earth. The Hubble telescope captured an up-close view of the central region of the galaxy, revealing its enormous size.

Measuring roughly 250,000 light-years across, NGC 474 is 2.5 times larger than our own galaxy, the Milky Way. But the size of NGC 474 is not its only unique feature, according to a statement from NASA (opens in new tab), which released the new image May 18.

The recent Hubble observations show that NGC 474 has a series of complex layered shells that surround its spherical core. Although the source of these shells is unknown, they may be the result of a galactic merger in which NGC 474 absorbed one or more smaller galaxies, according to the statement.

During a galactic merger, the absorbed galaxy could create waves, forming the layered shells observed in NGC 474. This process is similar to how a pebble dropped in water creates ripples.

The new image of NGC 474 was taken using Hubble’s Advanced Camera for Surveys. Researchers also used data from Hubble’s Wide Field and Planetary Camera 2 and Wide Field Camera 3 to get a comprehensive view of the massive galaxy.