‘I Am Groot!’ Marvel Studios unleashes 1st trailer for ‘Guardians of the Galaxy’ animated spinoff 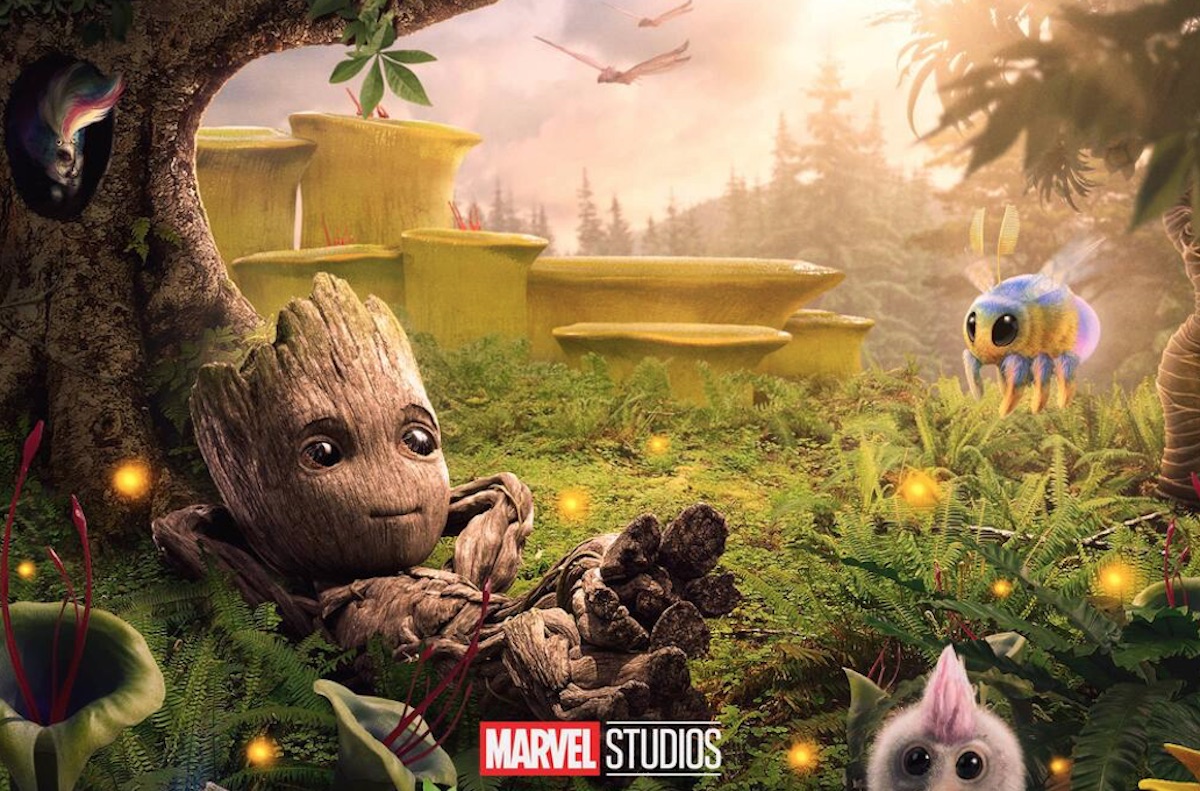 It’s debatable which infantile alien creature is the most adorable in the pop culture universe: Baby Yoda or Baby Groot. But considering the thunderous applause and cheers heard at this past Friday’s Marvel Studios Animation Panel at San Diego Comic-Con as they revealed the new trailer for “I Am Groot,” our bets are now on the spunky little sapling. Sorry, Grogu!

This “Guardians of the Galaxy” animated spinoff is set to sprout on Disney Plus (opens in new tab) on Aug.10 and consists of five cartoon shorts starring that precocious twig offshoot of Daddy Groot seen in Marvel films starting in 2014.

Each humorous segment will focus on the different childhood misadventures of Baby Groot throughout the galaxy while separated from the main Guardians team as he encounters new friends and foes while landing in precarious situations.

Related: Five Marvel Comics storylines that should be in the MCU

Vin Diesel, who’s provided the tri-worded language of the Flora Colossus character since its depiction in 2014’s “Guardians of the Galaxy,” is back to lend his vocal talents for the fresh sci-fi series, and Bradley Cooper will reprise his role as the voice of Baby Groot’s best buddy, the cybernetic weapons specialist, Rocket Raccoon.

“I Am Groot” was created by Ryan Little, script coordinator and writer on Disney+’s “What If…?” animated anthology, who also penned the series. Kirsten Lepore acts as the show’s director, with Kevin Feige, Louis D’Esposito, Victoria Alonso and Guardians of the Galaxy director James Gunn onboard as executive producers.

The poster for “I Am Groot” coming to Disney Plus on Aug. 10. (Image credit: Marvel Studios)

Marvel’s “I Am Groot” trailer shown at San Diego Comic-Con is a joyous dose of summer sunshine with Baby Groot introducing himself to a hostile colony of miniature blue aliens who are quickly enamored of their surprise visitor when he poops out a delicious green leaf, has a pajama dance party, shows off his leafy outerwear, blows stuff up, does some purple pond hot-tubbing, and feeds cereal snacks to a verdant bonsai tree.

Baby Groot is under attack in Disney+’s summer treat, “I Am Groot.”
(Image credit: Marvel Studios)

The character of Groot was the original brainchild of Marvel’s Stan Lee, Larry Lieber and Jack Kirby and was first shown to fans in 1960’s “Tales to Astonish #13” as Groot, The Monster From Planet X.

During last weekend’s panel, the creative team announced that following the initial batch of five animated “I Am Groot” shorts arriving in August, the series will be back with a second round of episodes at a future date to be determined.

“I Am Groot” plants all five shorts on Disney Plus on Aug. 10, 2022. And if you need more Marvel in your viewing diet, check our guide to watching the Marvel movies in order.

Watch I Am Groot on Disney Plus