In ‘Apollo 10 1/2,’ Richard Linklater directs nostalgic trip to the moon 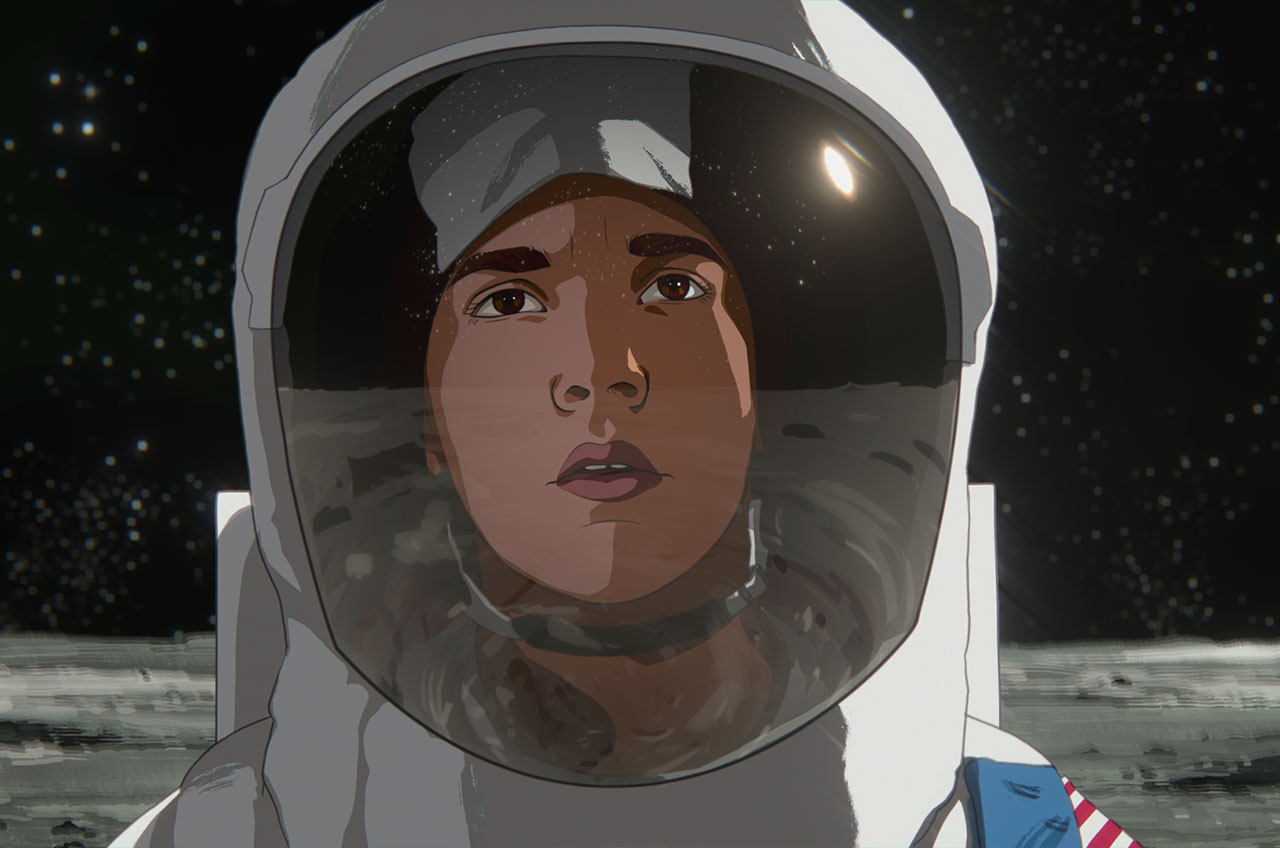 Before launching the Apollo 11 mission to land the first astronauts on the moon, NASA secretly sent a fourth grader there first.

That is just one of the storylines in director Richard Linklater’s new animated film, “Apollo 10 1/2: A Space Age Childhood,” now streaming on Netflix. In the movie, Linklater transports viewers back to 1969, taking them on nostalgia-driven trip to not just see, but experience the lunar landing just as he did — coming of age while living in and around Houston, Texas.

“It was just so exciting to be alive then, especially being a kid,” Linklater said in an interview with collectSPACE.com. “I’ve seen a lot of movies coming from the astronaut perspective, fair enough, but if you really do the math, there are 12 people who walked on the moon but so many hundreds of millions who watched them walk on the moon.”

“So I thought it was a good idea to try to catch that experience from the bottom up, consumer citizen perspective of just how exciting it was to be alive then,” he said.

Linklater spoke with collectSPACE about the ideas behind the film, casting a real-life kid of the Apollo program and finding inspiration in vintage home videos. This interview has been edited for length and clarity. Mild spoilers follow.

collectSPACE (cS): As the film opens, NASA representatives have come to local elementary school to recruit a student, Stan, for a trip to the moon.

“We’ve scouted you on the kickball field, we’ve spoken with your teachers, we’re impressed with a few of your science reports and we like that you’ve earned a Presidential Physical Fitness award three years running,” says Kranz (voiced by Zachary Levi). “In short, we have selected you as the perfect candidate for this mission.”

Why does NASA want a child?

“Time’s a factor here, so we’re going to be very blunt: We accidentally built the lunar module a little too small,” says Bostick (Glen Powell). “But we are not going to let that set us back.”

Richard Linklater: That was a just a goofy fantasy I actually had, probably around first grade. Every kid wanted to be an astronaut. I remember having that fantasy.

I thought to weave in that childhood fantasy [into the film] because that is childhood. Childhood is over when you know how the world really works and your little insignificant place in it. The fact that I remembered it all those years later, made me think it was worth pursuing.

“Apollo 10 1/2: A Space Age Childhood” blends fantasy with reality set against the 1969 Apollo 11 mission to the moon. (Image credit: Netflix)

cS: Speaking of memories, back in 2017 you put out a call to Houston residents to share their home movies and photographs from the time of the moon landing. Did you end up using any of that in making the film?

Linklater: We were able to use it a little bit in the movie. It inspired the images we’re looking at in the movie and it was a nice reference, too. It is hard to explain to animators in Amsterdam what the Black Dragon [a ride at the former Astroworld theme park in Houston] looked like, but you can show some Super 8 footage to give them the idea.

We were doing this exact recreation of a time in place, so the more images that we could get, the more references, the better. So it was really helpful to have that community. We got a ton of photos and many home movies.

We also had access to a lot of the archives from the city and NASA, so even though the film was largely a fantasy, it resulted in being a huge historical research project on every level that we were attempting.

cS: Milo Coy voices Stan as a child, but the film is narrated by a grown up Stan, played by Jack Black. There is a mostly-true meme that went viral recently about how Black’s mother was one of the engineers who developed the abort-guidance system used on the Apollo spacecraft. Was it just by coincidence that you casted Black, given his family history?

Linklater: That was not a coincidence at all, really. Having known Jack for a long time, I think I knew that about him and that is one of the reasons he wanted to do the movie. He was like, ‘Yeah, my mom was an engineer’ and he was always just amazed by her and what she worked on.

He said he couldn’t relate, his brain just didn’t work like that.

Related: The 5 most realistic space movies

cS: “Apollo 10 1/2” is animated using rotoscope, a style you used before in your 2006 film “A Scanner Darkly.” What attracted you to using it again for this movie? (For those unfamiliar, rotoscoping is an animation technique that traces over live action footage.)

Linklater: Initially, I was thinking of a live action film, but the literalness of live action engages a critical thinker, whereas having it animated takes your brain to that spot that is little more imaginative, creative … maybe one where fantasies and memories all kind of mesh. And with animation I thought I could pull off this story.

I’ve done two previous animated films and its a technique that has developed quite a bit since then. So this is very unlike those others. It has some elements of them, in the performance capture, but it’s really more of a traditional animated film.

It is 2D and 3D kind of a mash up of styles in this 60’s scrapbook, multi-textured look we were going for; kind of a a cinematic period piece.

cS: “Apollo 10 1/2” is more than just a story about kid flying to the moon. It also captures the real moon landing and, perhaps most poignantly, Houston in the 1960s. Anyone who lived near NASA at the time, or still does today, will recognize many of the sights and sounds you have captured or brought back to life in this movie.

Given your own upbringing in and around the area, do you think there was something unique to experiencing the first moon landing in Houston, as opposed to anywhere else in the country or around the world?

Linklater: You could get excited about it anywhere in the world. It was just an exciting thing to be going on. And it was so well covered, televised and it was in the media, so it was obviously available to everyone.

The difference of being in Houston and in particular southeast Houston near NASA, was that it was the local store, it was the employer. All your friends’ parents worked there, it was the local economy. There were always rumors of astronauts down the street. You always knew someone who knew an astronaut — and the astronauts were only the tip of the iceberg.

The more I thought about it, it was kind of like “Hidden Figures.” I wanted to shine a light on all of the 400,000 people behind the astronauts, the people for who [the space program] was just their job to do their best.