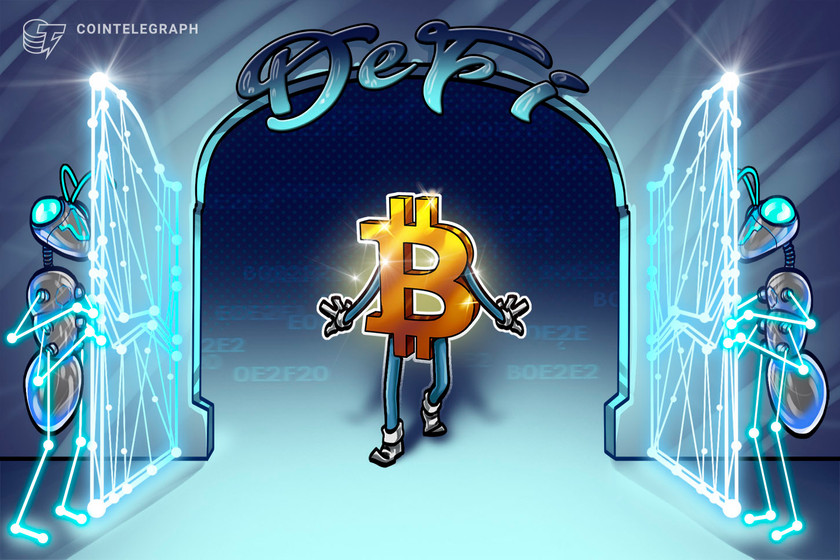 XCC is positioned as a supporting mechanism to XCLAIM, a protocol which acts as the foundational layer for Interlay’s Bitcoin one-to-one backed asset interBTC.

As a Polkadot parachain, Interlay is focusing its efforts on opening pathways of communication and interaction between Bitcoin’s currency-native ecosystem, with the wider functionalities of the DeFi space with networks such as Ethereum and Polkadot.

The newly-launched XCC protocol — serving as an additional layer of XCLAIM which was introduced to the market in 2018 — enables greater asset sovereignty during cross-chain activities such as wrapping, as well as unifying Bitcoin multisigs with mechanisms typically native to the Ethereum network such as commit chains.

To uphold the purported benefits of risk aversion and capital efficiency, the XCC asset will only be available within curated DeFi applications, however, users have the freedom to transition to the interBTC product if they require greater flexibility. Both services will exist in tandem with each other, expanding the capabilities of Bitcoin’s DeFi market to a wider consumer audience.

According to their assessment, XCC allows for “any Bitcoin that is staked long-term and is not intended to be moved can essentially ‘release’ its collateral”, and that this can then be “reused to secure other, ‘liquid’ BTC being bridged… allowing for vaults to serve more users with the same collateral.”

Interlay co-founder & CEO, Alexei Zamyatin, shared his vision for the future of XCC both in terms of decentralized adoption, as well as a security enhancement, stating:

“interBTC, aiming to become the equivalent of DAI for BTC, already decentralized Bitcoin custody. However, the goal always was to achieve non-custodial BTC DeFi – a very hard problem to solve. XCC sets a milestone in this regard, finally enabling theft resilient and easy to use Bitcoin DeFi.”

A previous recipient of a Web3 Foundation grant, Interlay announced progressions to their wrapped Bitcoin (wBTC) digital asset, kBTC in mid-March, deploying the token onto their canary parachain Kintsugi.

Already supported on Polkadot native parachain protocols Karura and Moonriver, the move instigates their preparations for upcoming deployment across Cosmos and Ethereum sometime within the calendar year.