Iron Banter: This Week In Destiny 2 – I Cannot Wait To Buy This Stupid-Huge Gjallarhorn Nerf Gun

Just about every week brings something new to Destiny 2, whether it’s story beats, new activities, or interesting new combinations of elements that let players devastate each other in the Crucible. Iron Banter is our weekly look at what’s going on in the world of Destiny and a rundown of what’s drawing our attention across the solar system.

Back in December, Bungie celebrated the company’s 30th anniversary with a Destiny 2 expansion that had all kinds of fun goodies in it. There were guns and armor that referenced Marathon, Myth, Oni, and of course, Halo. There was the hilarious Dares of Eternity game show, hosted by Xur and an unfathomable horse from beyond the cosmos. There was the Grasp of Avarice dungeon, playing on Destiny nostalgia while expertly trolling the player base. And there was Gjallarhorn, Destiny 2’s most iconic gun, an overpowered golden rocket launcher that fires missiles that explode into enemy-seeking bombs.

A lot about the 30th Anniversary pack for Destiny 2 was unexpected–including Gjallarhorn–but Bungie took that surprise a step further. When you earned Gjallarhorn in the game, you got an email telling you that you could also own it in real life. Sometime in 2022, the email said, players who earned Gjallarhorn in Destiny 2 would have a chance to buy a Nerf Blaster replica of the rocket launcher. Finally, that time is now.

It’s not news that a Nerf gun version of a rocket launcher was on its way, and technically, the gun isn’t on its way just yet; preorders that open up on July 7. Still, the gun is finally something more than the immaterial opportunity to purchase something at a later date. Bungie published a blog post this week that included interview questions with members of the Nerf and Bungie teams responsible for making the Gjallarhorn, and it came with some photos of a real human person actually holding the thing.

And, truly, this Nerf gun is ridiculous. 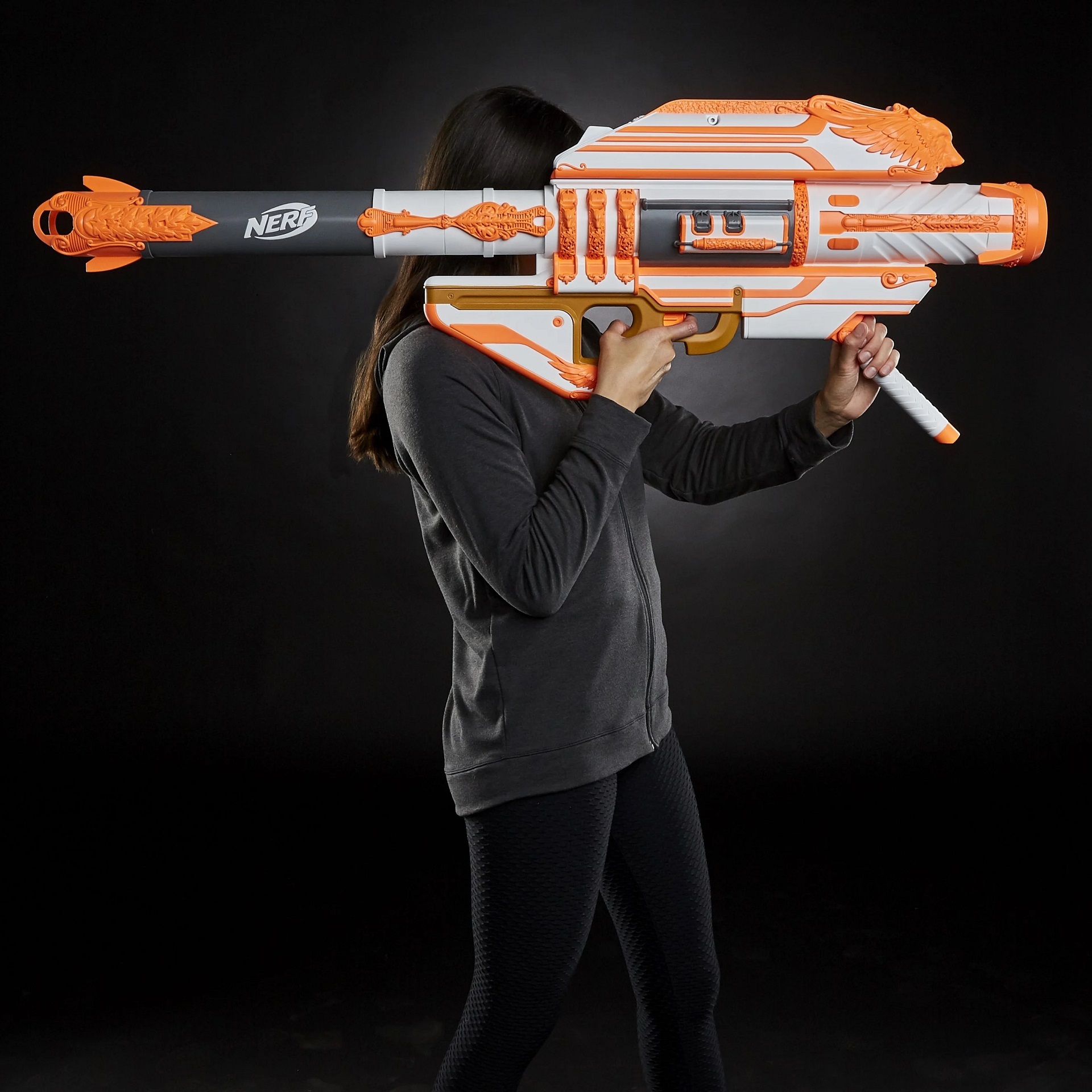 I didn’t truly understand the perfection of the Nerf Gjallarhorn until I saw this picture from Bungie, displaying that it is comparable in size to an actual child. Credit: Bungie.

Seeing this thing with some context shows just how enormous it really is. The Gjallarhorn is four feet long. It’s bigger than most children. We don’t know how much it weighs but I would bet that if it falls on you there’s a significant chance of serious injury.

I want it so bad.

A few other key pieces of information: the Nerf Gjallarhorn requires batteries because the scope lights up to better mimic what you see in the game. It also fully slides open when you reload it, just like in the game. And instead of firing a single dart, it fires a “shell” of three larger “MEGA” darts, to better copy the gun’s Wolfpack Rounds, which are regular rockets that explode into a bunch of little tiny bombs that chase enemies around.

I keep reading this and I cannot physically comprehend what a Nerf gun shell looks like or how it can be a dart that launches a bunch of smaller darts. However, this is probably because I have not had need to comprehend how a Nerf gun works for roughly two decades. And now I do. Because I’m buying this one. 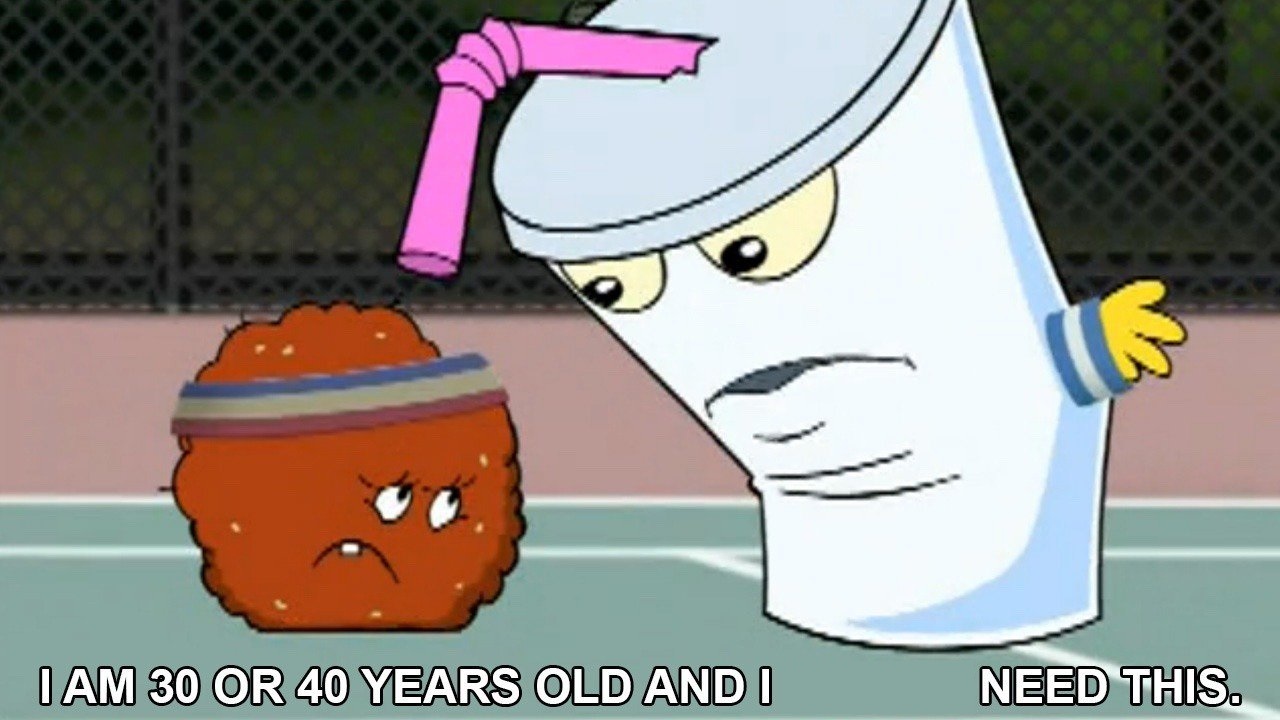 Another important question I’m going to have to answer: Where the hell am I going to put this thing? It’s going to need a dang wall mount. I live in a Los Angeles apartment, they’re not known for having a ton of extra room to house a toy comparable in size to a Great Dane. Even displayed in the place of honor it deserves in my living room, I’m concerned the Gjallarhorn is too big to comfortably hang from a wall, and if it were to fall off (say, during a California earthquake), it would likely kill anyone sitting on the couch beneath it.

Of course, these are all issues for Future Me to deal with.

Did I mention it costs one hundred eighty-five American dollars?

The goofiness of a ludicrous toy aside, the Gjallarhorn is maybe the best example ever of a thing I really like about playing Destiny 2 but which I rarely hear discussed: the Bungie Rewards program. That’s where this thing falls–it’s a real-life item you can purchase, but only once you’ve done an in-game thing. The same goes for items like raid jackets or seal pins, giving you a chance at something physical as payoff for investment in the game.

Generally, as I am absolutely too old for this, I try to avoid gathering nerdy collectibles to my person. But I do appreciate that, fairly regularly, something cool and goofy from the Destiny world makes it out into ours. It does a lot to make Destiny feel like something more than just a game I play a lot; things like the Gjallarhorn are funny ways that the game bleeds out into the rest of your life, providing trophies of your digital exploits and physical mementos of good times with friends. That’s an aspect of Destiny 2 that I’ve never run across with any other game that’s been meaningful to me and my pals, and it goes a long way to making the game feel like more than just a game.

Anybody else too hyped over a toy from a video game? Anyone wanna organize a Nerf park Crucible match where we can run around shooting foam darts at each other until one of us (me) inevitably suffers an ankle injury? Let me know in the comments below.