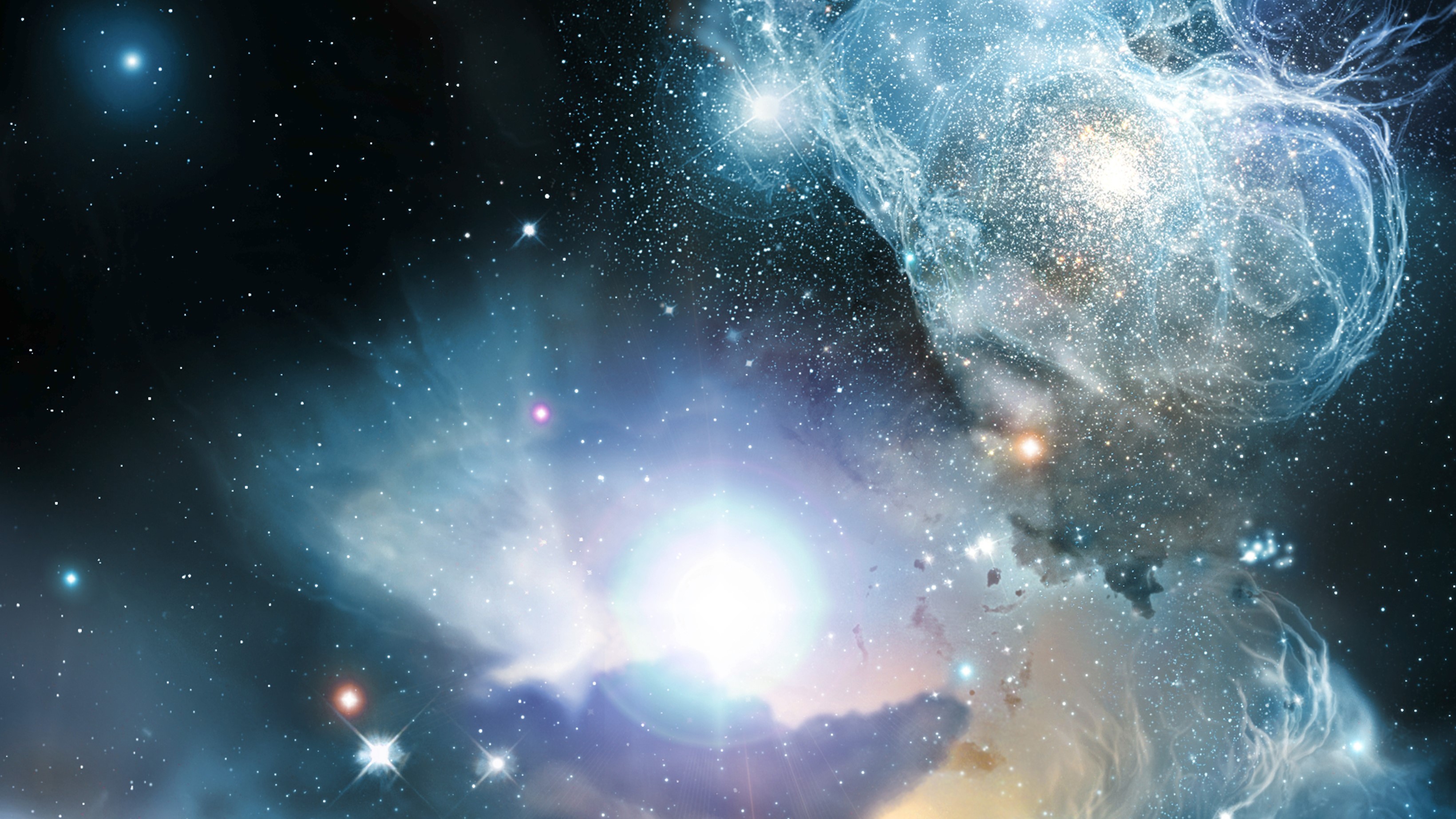 Astronomers have spotted what may be the two most distant galaxies ever seen hiding in early-release images from NASA’s newest space telescope.

The James Webb Space Telescope‘s early science work includes a program called the Grism Lens-Amplified Survey from Space, or GLASS. Through GLASS, astronomers are scrutinizing the galaxy cluster Abell 2744, which is so massive that its gravity is able to distort the space around it and act as a gravitational lens to magnify the images of far more distant galaxies behind it.

Astronomers led by Rohan Naidu of the Harvard–Smithsonian Center for Astrophysics discovered the two candidate galaxies, called GLASS-z11 and GLASS-z13, in the first batch of data from GLASS. The galaxies’ designations come from the fact that astronomers have measured their “redshifts” to be 11 and 13 respectively.

Redshift is a measure of how much a galaxy’s light has been stretched by the expansion of the universe; the higher the redshift, the farther away (and the farther back in time) we see the source. The redshifts of 11 and 13 mean that we see these two galaxies as they existed over 13.4 billion years ago, just 400 and 300 million years after the Big Bang respectively.

The findings are not yet conclusive; the galaxies’ redshifts have only been measured based on the color of their light using Webb’s Near Infrared Camera (NIRCam). Confirming their redshifts will astronomers to analyze each galaxy’s spectrum — the “barcode” that measures how much light of each wavelength is present — and determine how much light emitted by specific atoms and molecules has been redshifted.

Webb’s Near Infrared Spectrograph (NIRSpec) instrument is already scheduled to conduct these studies. If that work confirms the apparent redshifts, then the two galaxies will be something of a surprise to astronomers. The area of sky surveyed by GLASS so far amounts to 50 square arcminutes (the full moon measures 31 arcminutes across), and yet in that area it has already discovered two galaxies with a redshift of 11 or greater.

That abundance would indicate that luminous galaxies in the very early universe are more common than expected. The detection also implies, Naidu’s team wrote, that Webb will discover many more galaxies such as these, and perhaps even more distant ones, in its observations going forward.

Locating these luminous early galaxies is important because their fast formation suggests that they can be used to trace regions of galaxy formation in the early universe. And since galaxies form where the most matter is concentrated, mapping these early galaxies will also tell us about the distribution of normal and dark matter just a few hundred million years after the Big Bang.

Another surprising discovery is that GLASS-z11 shows indications that it is elongated, with a burgeoning spiral disk. The current confirmed most-distant galaxy, GN-z11, also appears to sport a disk. While most galaxies discovered at high redshift usually appear clumpy, GLASS-z11 and GN-z11 show that it was possible for galactic structure to develop quite quickly.

GLASS-z11 and GLASS-z13 are modest galaxies in comparison to our Milky Way galaxy, which is about 100,000 light-years across and contains approximately 200 billion stars. GLASS-z11 and GLASS-z13 are, however, large for their time, with diameters of between 3,000 and 4,500 light-years, and containing stars with total mass equivalent to on the order of a billion suns, many of them highly luminous.

According to our theories of galaxy formation, in the time that has passed since the images we see of them, both GLASS-z11 and GLASS-z13 will have grown substantially through mergers with other galaxies, and perhaps developed into giant elliptical galaxies. Meanwhile, cosmic expansion has carried GLASS-z11 and GLASS-z13 farther away from us, and today they are over 32 billion light-years away from us — far beyond where any telescope can reach.

The findings are reported in a pre-print posted to arXiv.org on Tuesday (July 19); the research has also been submitted to the Astrophysical Journal Letters.