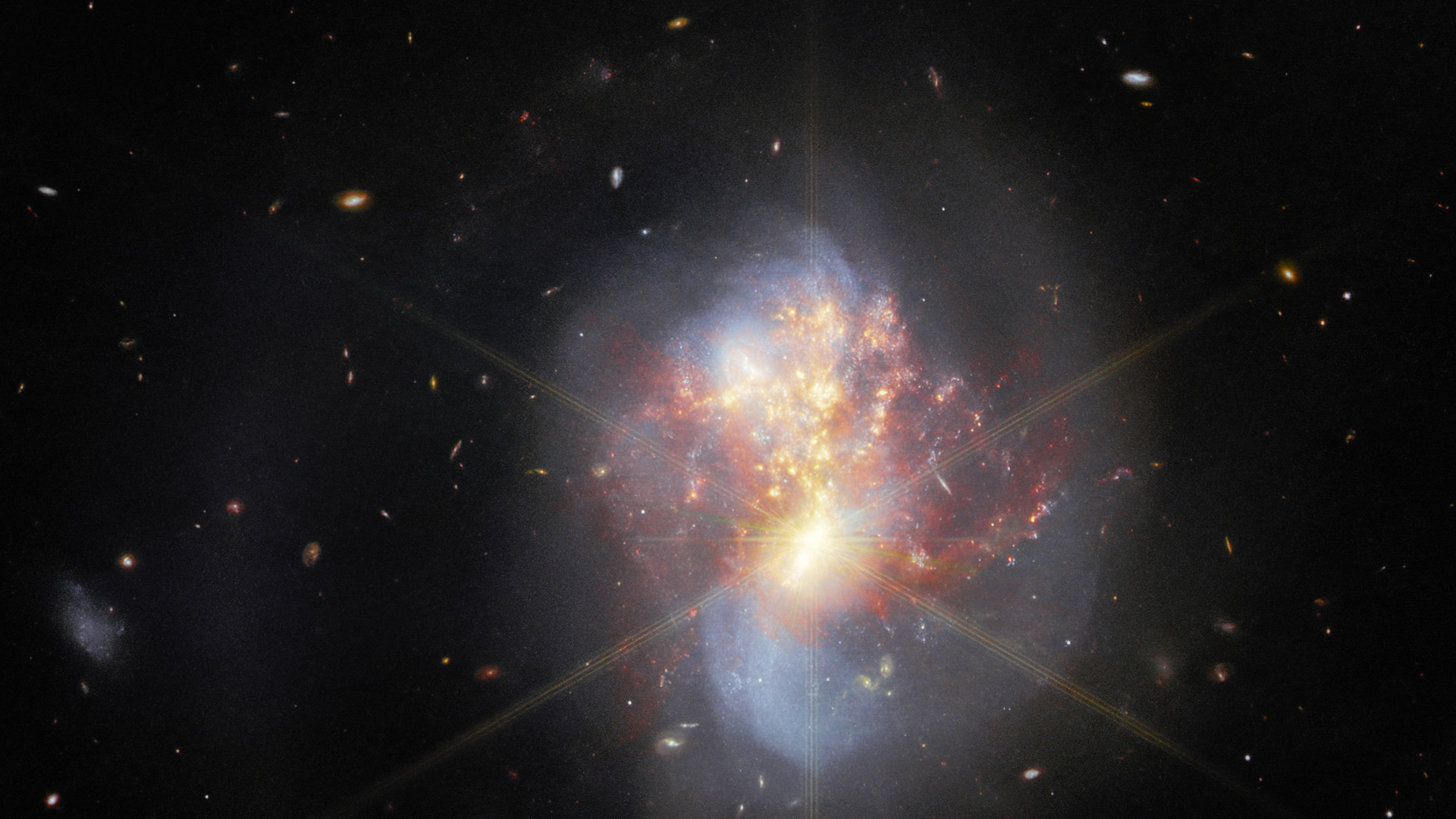 The James Webb Space Telescope photographed a collision of two galaxies that’s sparking a flurry of star formation invisible to other telescopes.

The wave of star birth was triggered by the encounter of  two galaxies known by the common name IC 1623. The merging couple is producing stars at a rate 20 times faster than that of our own Milky Way galaxy, scientists said.

The galactic clash was previously imaged by other telescopes, including Webb’s predecessor the Hubble Space Telescope, which specializes in detecting optical light (the kinds of wavelengths visible to the human eye). But because IC 1623 is wrapped in a thick shield of dust, astronomers had not been able to peer deeper inside the galaxies to see the forming stars.

The James Webb Space Telescope, with its dust-penetrating infrared gaze, pierced through the shroud with ease, revealing a luminous center that is giving off so much infrared light (essentially heat) that the galaxy produces the trademark eight-spike refraction pattern usually seen in Webb’s images containing bright stars.

When compared to an earlier image of IC 1623 by Hubble, Webb’s view reveals a completely new layer in the merging galaxies’ structure, which is depicted as the central lump of bright red and orange material in the image.

The two galaxies in this image are some 270 million light-years away from Earth in the constellation Cetus. Astronomers believe that the merger may also be producing a supermassive black hole, which, however, is not visible in this image.

The image was created from a combination of data captured by three of Webb’s four instruments, the MIRI and NIRCam cameras and the NIRSpec spectrometer, the European Space Agency, which released the image on Tuesday (Oct. 25), said in a statement (opens in new tab).

A study (opens in new tab) describing the observations was recently published in the Astrophysical Journal.