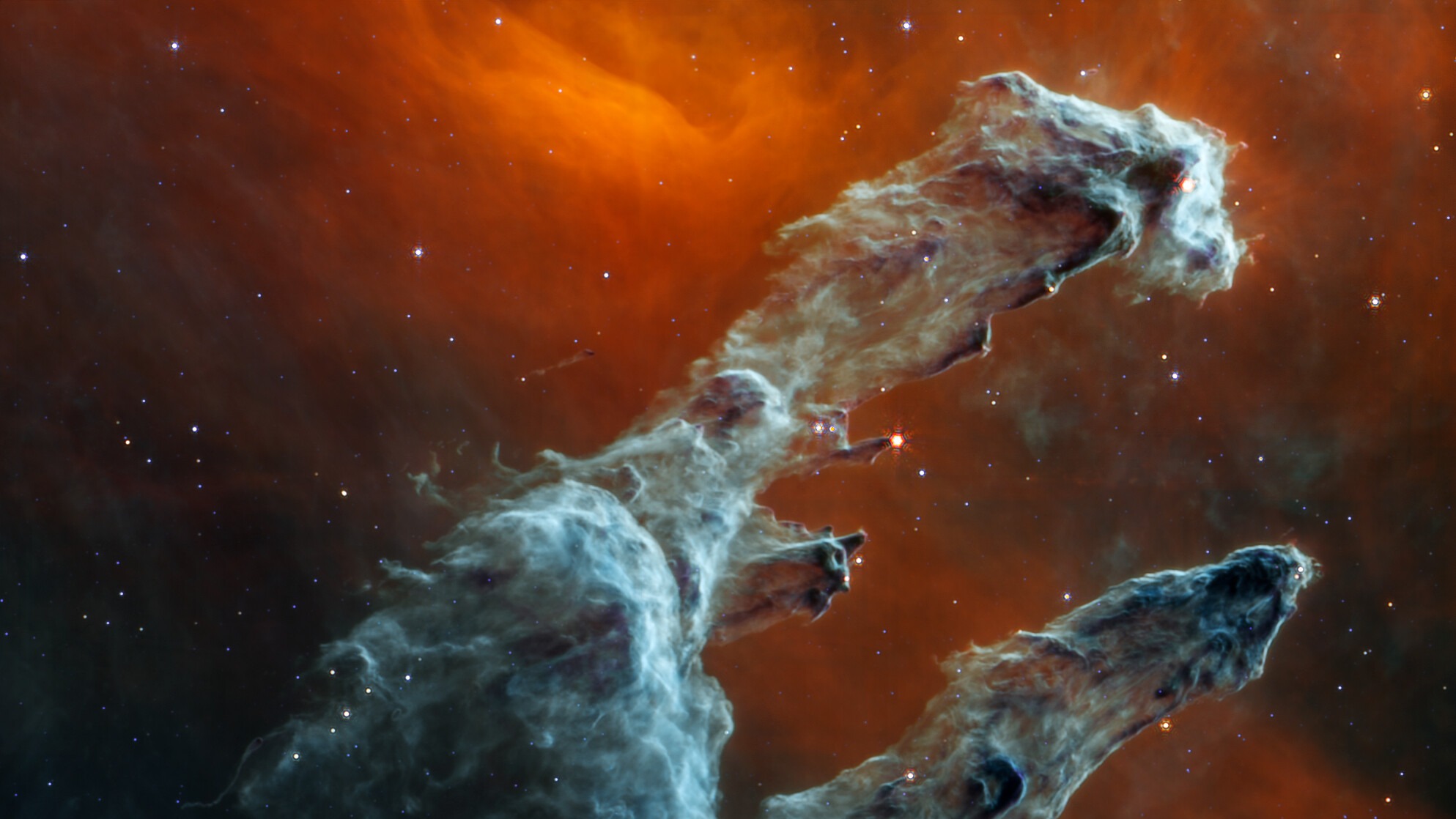 This gloomy view of an iconic space dust structure is just the Halloween mood we need.

James Webb Space Telescope scientists have released a second view of the iconic Pillars of Creation, this one peering deep into the mid-infrared. The dust clouds appear to glow in blue tinges, and loom in front of a red-hued background.

“Thousands of stars that exist in this region disappear from view — and seemingly endless layers of gas and dust become the centerpiece,” European Space Agency officials wrote (opens in new tab) Friday (Oct. 28) of the fresh image.

Dust, officials added, is an essential ingredient for star formation and helps scientists figuring out the formation and evolution of the structure, which is located in the constellation Serpens, some 7,000 light-years away from Earth.

“Many stars are actively forming in these dense blue-grey pillars. When knots of gas and dust with sufficient mass form in these regions, they begin to collapse under their own gravitational attraction, slowly heat up, and eventually form new stars,” ESA officials said in the same statement.

It was the venerable Hubble Space Telescope that first observed the column-like clouds in interstellar space a generation ago. That observatory, which remains active and healthy, has revisited the 1995 image several times. But Hubble and Webb are tuned to different types of light.

That’s the difference in the two recent photos as well: The new imagery from Webb’s Mid-Infrared Instrument follows an image from its Near-Infrared Camera (NIRCam) released earlier this month. Both photos also showcase the pillars in much more detail than is possible with Hubble, thanks to Webb’s bigger mirror and deep-space outpost.

The NIRCam image shows off the cloud’s structure, as well as numerous stars that were invisible in previous images that were formed only a few hundred thousand years ago, NASA said in a statement (opens in new tab) at the time.