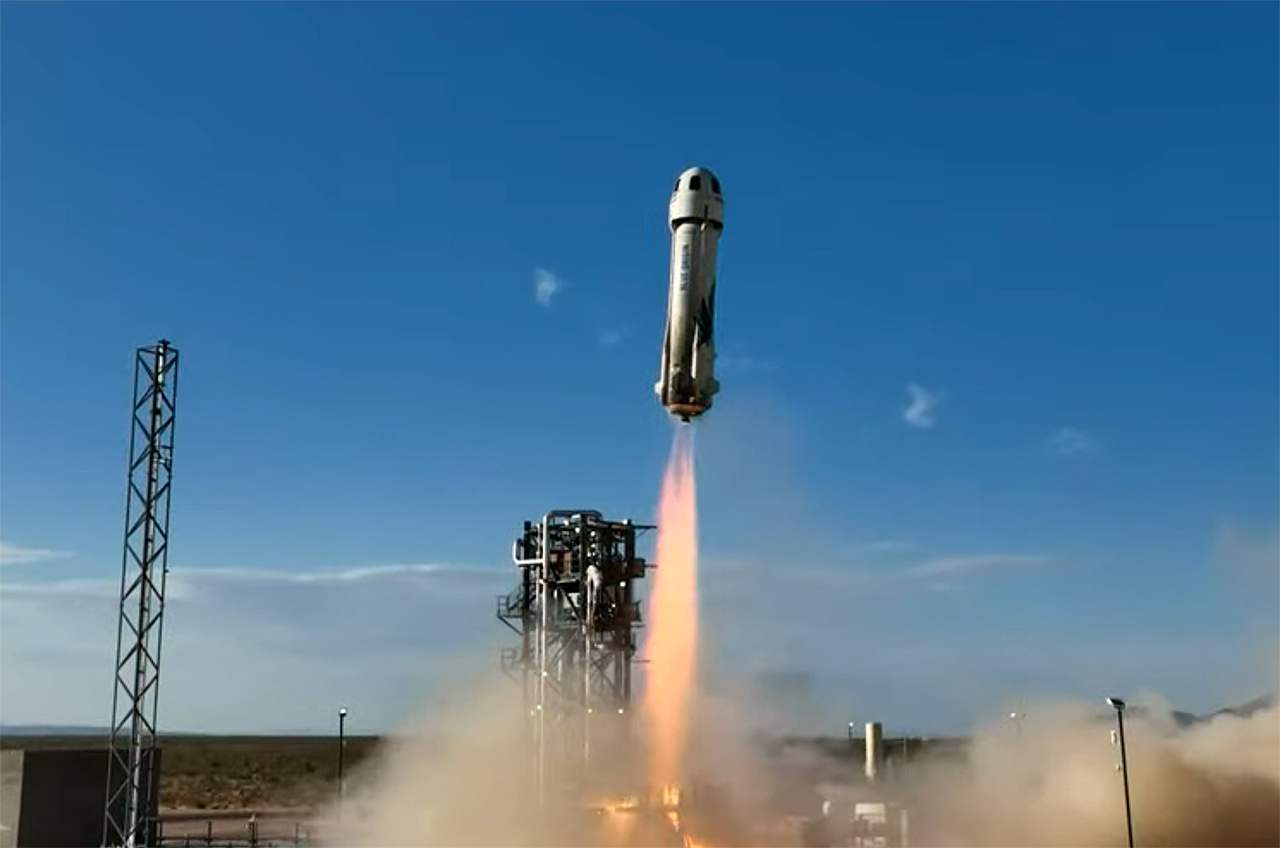 Blue Origin will launch its sixth human spaceflight next week, if all goes according to plan.

Jeff Bezos’ company is targeting Thursday (Aug. 4) for the next space-tourism mission of its New Shepard vehicle, which will send six people to suborbital space and back.

The mission — known as NS-22, because it will be the 22nd New Shepard flight, crewed or uncrewed — is scheduled to launch Thursday from Blue Origin’s West Texas site at 9:30 a.m. EDT (1330 GMT; 8:30 a.m. local time). You can watch it here at Space.com, courtesy of Blue Origin, or directly via the company (opens in new tab). Coverage will begin 30 minutes before liftoff.

NS-22 will notch several spaceflight firsts. For example, crewmembers Mário Ferreira and Sara Sabry will become the first people from Portugal and Egypt, respectively, to reach space, according to a Blue Origin mission description (opens in new tab).

In addition, NS-22 will make crewmember Vanessa O’Brien the first person ever to climb the world’s tallest mountain (Mt. Everest), reach the deepest point in the ocean (the Pacific’s Challenger Deep) and cross the boundary into outer space.

The other three passengers on NS-22 are Coby Cotton, who co-founded the popular YouTube channel Dude Perfect; technology pioneer Clint Kelly III; and telecommunications executive (not former NFL quarterback) Steve Young. You can read more about all six in our NS-22 crewmembers story.

Cotton and Sabry apparently aren’t paying their own way; their seats were sponsored by MoonDAO and Space for Humanity, respectively, organizations that aim to increase access to space.

It’s unclear how much it costs to fly on New Shepard, by the way; Blue Origin has not divulged its ticket prices. For comparison, suborbital tourism competitor Virgin Galactic charges $450,000 for a seat aboard its VSS Unity space plane, which has not yet begun full commercial operations.

New Shepard is a reusable rocket-capsule combo that gives passengers a view of Earth against the blackness of space and lets them experience a few minutes of weightlessness. Each New Shepard mission lasts about 11 minutes from liftoff to capsule touchdown. (The rocket comes down for a powered vertical landing shortly before the capsule lands.)

« Will the Bitcoin mining industry collapse? Analysts explain why crisis is really opportunity » Two skyscraper-size asteroids are barreling toward Earth this weekend