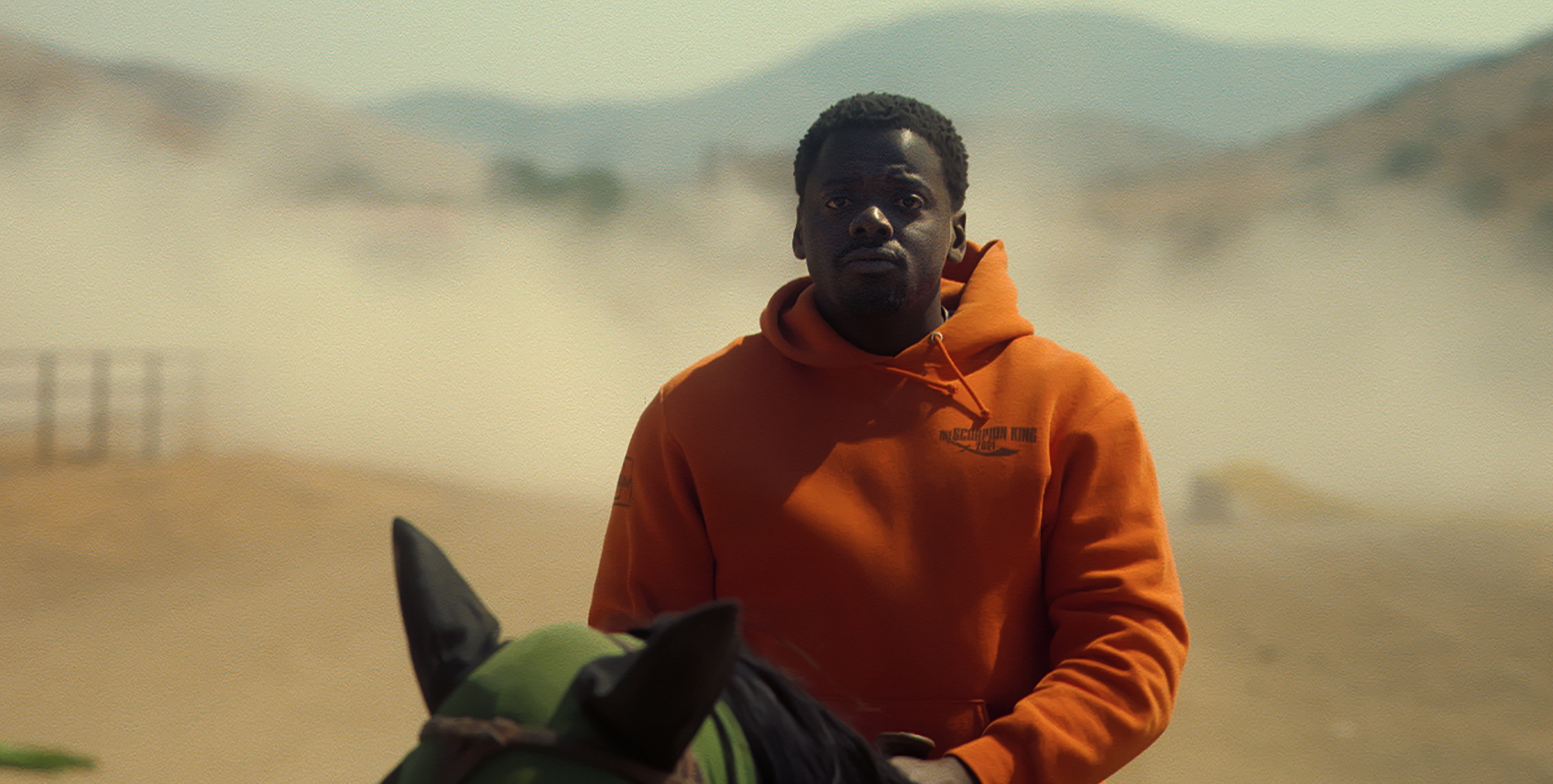 Arriving from Universal Pictures this past weekend with all the hype and head-scratching over its cryptic trailers showing some sort of paranormal force or UFO terrorizing a remote California horse training facility, “Nope” is easily one of the most anticipated (and disturbing) films of the year.

Imagery in sneak peeks and teasers hinted at roiling apocalyptic clouds descending upon a rustic farmhouse, restless equines, wiggling air dancers, and a garish sideshow attraction involving vanishing horses with extraterrestrial merchandise and a disfigured spectator. Is it God’s wrath? Ghosts? Flying saucers? A hallucinatory dream? Or something much worse?

Related: How big a deal is NASA’s new UFO study?

Peele’s previous two films, “Get Out” and “Us,” shifted around familiar storytelling tropes like a con artist’s shell game to inject new life into tired formulas, yet still retained the style and skill of a craftsman plying his trade with absolute precision.

“Nope” is the Academy Award-winning writer/director’s most sophisticated and provocative work to date, with enough strangeness, jump scares, uncanny unrest, gallows humor, social commentary, and faith in humanity to wring out a sizable box office take when it eventually completes its theatrical run.

The $68 million IMAX-shot attraction stars Keke Palmer and Daniel Kaluuya as O.J. and Jill Haywood, a brother and sister who run a remote black-owned California horse training outlet that provides animals for Hollywood. Bizarre occurrences are happening on their property to both humans and animals, and all signals point to some extraterrestrial hiding out amid the clouds that flank the foothills.

When they take matters into their own hands and decide they’re going to become famous by capturing actual “money” footage of the extraterrestrials, the true horrors begin to materialize.

Also joining the cast are “The Walking Dead’s” Steven Yeun as former child TV star Ricky “Jupe” Park, Brandon Perea as nerdy tech salesman Angel Torres, and Michael Wincott of “The Crow” and “The Doors” fame playing curmudgeonly documentarian named Antlers Holst. Torres and Holst are there at the troubled ranch to help the Haywoods make a pile of cash by providing clear proof of the existence of UFOs, or maybe expose the phenomenon as an elaborate hoax on the public. However, is the aerial menace really from outer space, or could it be from here on Earth?

With all the theories floating around online (some of them quite imaginative, but most wrong!) there was a giddy sort of excitement felt as audiences settled into their seats and the lights dimmed. This type of anticipatory feeling in movies is all but extinct in Tinseltown these days and it’s inspiring to know that Peele is pushing the envelope and reaching for rarer artistic stars.

The sci-fi horror flick’s first hour has a deliberately measured pace that often seems to be lulling viewers into its foreboding valley. Once the otherworldly visitors ramp up their predatory activities, the film shifts gears and transforms into a harsh cautionary tale about the dark side of spectacle culture.

The small cast of “Nope” operates with workmanlike synchronicity, though we would have loved to have seen more of the great Michael Wincott. There’s a sincere believability to the experiences of the Haywood siblings on their lonely ranch surrounded by barren brown mountains and the specter of their dead father, played in a couple quick cameos by Keith David. And it’s O.J.’s compassion and respect for his horses that ultimately allows him to recognize the flying saucer as a living carnivorous creature instead of the old-fashioned shiny craft in sci-fi blockbusters.

Peele is a natural filmmaker with an innate sense of rhythm and narrative cohesion and here he’s firing on all cylinders, with hints of Steven Spielberg’s “Close Encounters of the Third Kind” and “War of the Worlds,” as well as M. Night Shyamalan’s underrated alien invasion flick, “Signs.”

Flying saucer or something natural of this Earth? (Image credit: Universal Pictures)

Avoiding any monumental spoilers here, “Nope” serves to redefine our conceptions of UFOs, or Unidentified Aerial Phenomena, as they’ve now been rebranded by popular culture. Instead of spherical spaceships piloted by weird beings not of this planet, this rogue craft acts more like a living apex predator carrying its own pervasive sense of dread and death as it consumes living things.

Not to invest his creation with any mundane plot stripped of themes and symbolism, Peele touches upon a number of disturbing ideas and doesn’t shy away from making us all bear witness: From the unethical exploitation of animals for gain and the creepy artifice of the faux western town “Jupiter’s Claim” and its nod to Manifest Destiny, to embedded notions of predator versus prey and the discarding of Hollywood contributions made by blacks over the decades. It all adds up to a semi-enigmatic finale that definitely delivers on multiple fronts for horror and sci-fi fans alike.

Still, even after digesting those story elements, there’s something far deeper going on in “Nope,” hovering just beyond reach like the circular alien entity parked in the clouds, just out of sight but never completely gone, open to interpretation to anyone wanting to explore its myriad secrets.

The best thing we can say about “Nope” is that its complex nature and well-honed tone encourage us to think, and there’s bound to be some intriguing discussions of Jordan Peele’s ultimate message for years to come. That power to stir up evocative questions and create conversation, somewhat like the extraterrestrial craft’s whirling dust devils, is truly an artistic merit to be proud of.