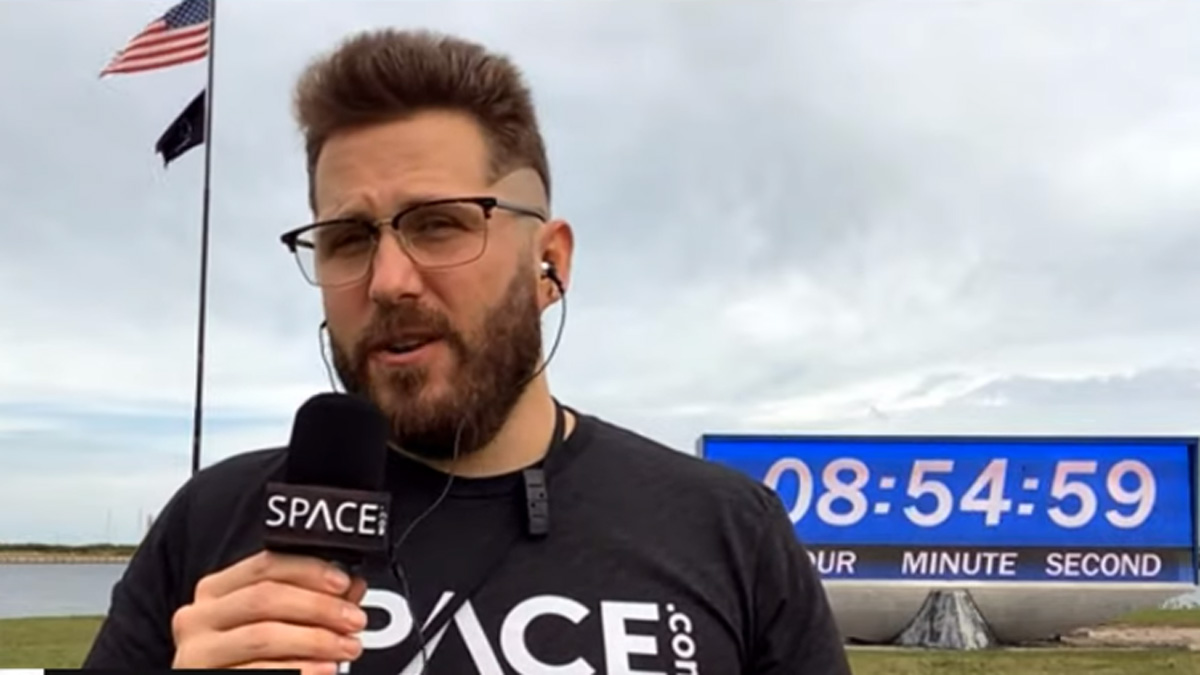 After enduring a battering by Hurricane Nicole, NASA’s Space Launch System moon rocket is standing on a launch pad (again) ready for its debut flight. If you couldn’t make it to the launch in person, you can at least be part of it with Space.com’s Brett Tingley, who is very excited to see the huge rocket fly.

The launch window will be open for two hours, however, so it could be a long night. If you are among the many space nerds who are staying up late for the liftoff, you can tune in to one of Brett Tingley’s Space.com webcasts on YouTube or Facebook, where you can ask him questions about the milestone mission, known as Artemis 1.

The mission, the first in the NASA-led Artemis program, will test technologies for humankind’s return to the moon. During the test flight, only two manikins, named Helga and Zohar, will occupy the Orion space capsule, which will be boosted by the SLS rocket for a lunar round trip. The capsule suffered some minor damage from Hurricane Nicole last week, but NASA engineers concluded the spacecraft was still fit for its mission.

Artemis 1 has already been postponed several times, because of technical glitches and the arrival of Hurricane Ian on Florida’s Space Coast. NASA hopes to fly its successor, Artemis 2, which will take a human crew for a lunar round trip, within the next two years. The Artemis 2 mission will be the first to take humans into lunar orbit since the Apollo program. Ultimately, NASA plans not only to land humans on the moon again but to establish a permanent human station on its surface.

NASA aims to begin fueling the Artemis 1 moon rocket at 3:30 pm EST (2030 GMT). Brett will provide an update on how the fueling is going to load Artemis 1’s SLS rocket with tis 730,000 gallons of propellant.

With NASA poised to begin its live launch commentary at 10:30 p.m. EST (0300 GMT), Brett will give us all an early update on how things are going from the fueling process.

This is the big moment! Join Brett about 15 minutes before launch to see what it’s like to watch NASA’s most powerful rocket launch to the moon at 1:04 a.m. EST (0604 GMT).