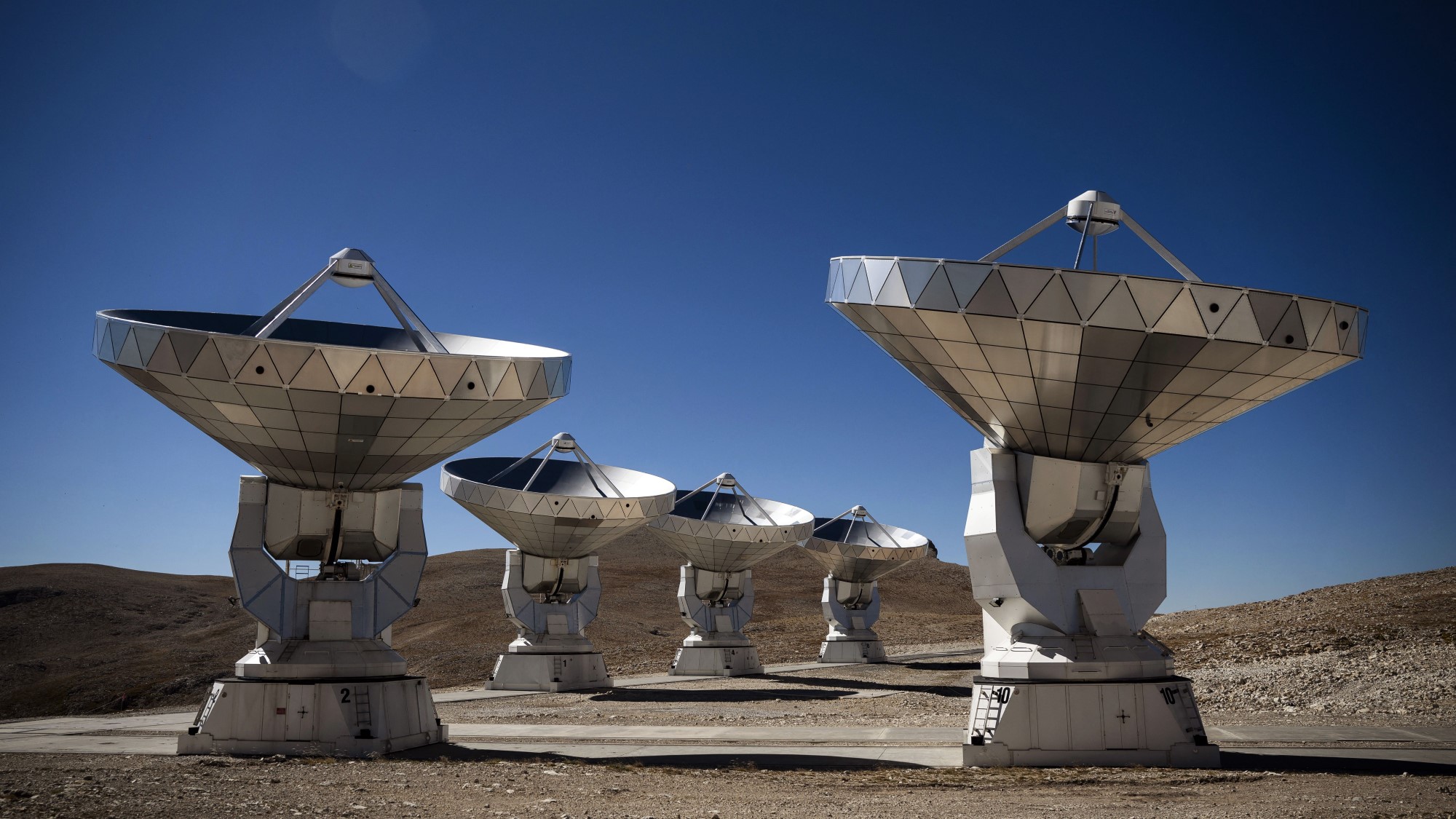 The telescope will make unprecedented observations of the cosmos, as it is capable of capturing light that has been traveling to Earth for 13 billion years, back to when the universe was around 600 million years old.

NOEMA also will study stars at all stages of their lives and continue to assist the Event Horizon Telescope in studying black holes. This means it will play a key role in helping astronomers answer some of the universe’s fundamental questions.

The first antenna of the NOEMA system was inaugurated in 2014, and the telescope now includes 12 antennas. In addition, the length of the tracks that all 12 antennas can move along has been extended from 2,500 feet (760 meters) to just over a mile (1.7 kilometers), according to a statement from the French National Center for Scientific Research (CNRS).

This allows the configurations of the antennas to be adjusted so astronomers can zoom in on cosmic objects and investigate them in finer detail. With various configurations helping NOEMA function like a camera with a zoom lens, the maximum spatial resolution achievable by the telescope would allow it to detect a cellphone from over 310 miles (500 km) away, CNRS researchers said in the statement.

The impressive resolving power of NOEMA also comes from its antenna technology. All of the antennas, which  point toward the same area of space, are equipped with high-sensitivity receivers that operate at quantum limits and use a technique called interferometry. The signals received by the antennas are combined by a supercomputer, which allows the 12 antennas spread across a wide area to function as a single massive telescope with a diameter that covers that entire area.

Millimeter radio telescopes such as NOEMA study light with wavelengths in the millimeter range of the electromagnetic spectrum. Cosmic objects like galaxies, nebulas and stars emit different types of light depending on factors such as their composition, temperature and age. That means that to build a more complete picture of an object, astronomers must combine observations and data collected at different wavelengths.

The newly powered-up NOEMA telescope is one of the few radio observatories across the globe that can collect data on a vast number of molecular and atomic signatures — the “fingerprints” of molecules and atoms — at the same time, which astronomers call “multiline observations.”

This means the instrument is well equipped to study matter that lies in the regions between stars. This so-called interstellar medium usually consists of hydrogen and helium gas, with small amounts of heavier elements, and it is the material from which stars and planets form.

Astronomers will also use NOEMA to study cold matter that exists at just a few degrees above absolute zero — the hypothetical temperature at which all atomic movement ceases — and the compositions of entire galaxies.

Even before it reached full capacity, NOEMA was making waves in astronomy. Recently, the radio telescope observed one of the most distant galaxies ever seen, which formed shortly after the Big Bang. NOEMA also discovered the first example of a black hole rapidly growing at the dust-filled heart of a so-called starburst galaxy, in which star formation is happening rapidly.

In addition, NOEMA has measured the early temperature of the cosmic microwave background (CMB), the first light that filled the universe after it cooled enough to allow electrons and protons to connect and photons to travel freely. This measurement could help better constrain the effects of dark energy, the mysterious force that is driving the accelerated expansion of the universe we see today.

NOEMA, which is the culmination of 40 years of scientific collaboration in Europe, was inaugurated Sept. 30 during a ceremony attended by a number of prominent astronomers, including Reinhard Genzel, one of the winners of the 2020 Nobel Prize in physics.