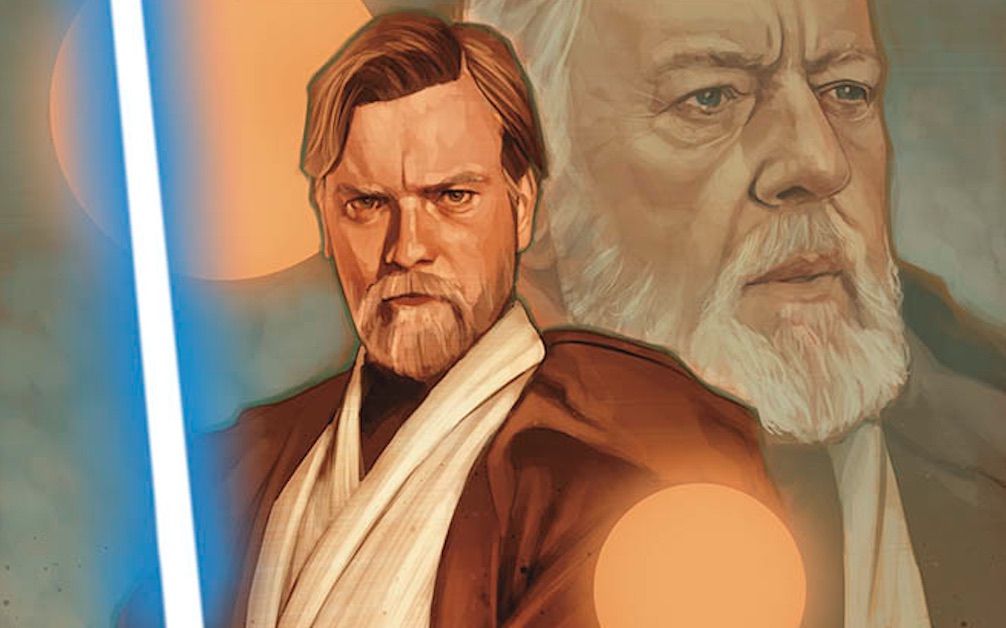 Adding to the anticipation of the new Disney Plus “Star Wars” live-action series, “Obi-Wan Kenobi” premiering May 25, a new companion comic book series titled “Star Wars: Obi-Wan” seeks to fill in more facets of the Jedi Master’s eventful life through his personal journals.

It all starts with Kenobi’s last days exiled on the twin-sunned world of Tatooine before drifting into accounts of heroic deeds as a noble guardian of peace and justice. The range of tales spans his early days as a Jedi Initiate, Padawan exploits with his master Qui-Gon Jinn, deployment as a Jedi Knight during the chaotic Clone Wars, and his evolution into a Jedi Master.

“What I love about Obi-Wan is that he is so much a character of patience and fortitude,” Cantwell told StarWars.com. “He holds out hope and keeps that flame going even in the darkest times. He lost his Master, his best friend … he’s experienced a lot of grief. But he pushes forward. He waits on Tatooine for decades. He is the Buddhist concept of kshanti — patience — personified. He is able to hold onto the glimmers of light amidst the cloak of darkness. Every issue thematically deals with his ability to do that as a person.”

Cantwell considers Obi-Wan to be the classic sage when gauging the character’s enduring appeal over the past five decades.

“He is the first teacher to enter the ‘Star Wars’ story,” Cantwell adds. “He is frustrating in his guidance at times, but his wisdom is hard-earned through emotional, personal experience. He’s also just a veteran in the truest sense of the word. He lived through probably some of the most difficult times in the Republic and the Jedi Order, and almost narrowly died a few times in the process. He’s seen some horrible things firsthand.”

“But like I said, there is a virtue about him that allows him to continue to be a light in the darkness. He carries the flame of hope within him. Obi-Wan never gave up in all his years of living. He didn’t even give up afterwards. Now that’s dedication to the light side.”

Marvel Comics’ “Star Wars: Obi-Wan #1” takes the first step into a larger world this May.

« What could Direct Contracting changes look like? » 1st image from NASA’s new IXPE X-ray telescope looks like a ball of purple lightning