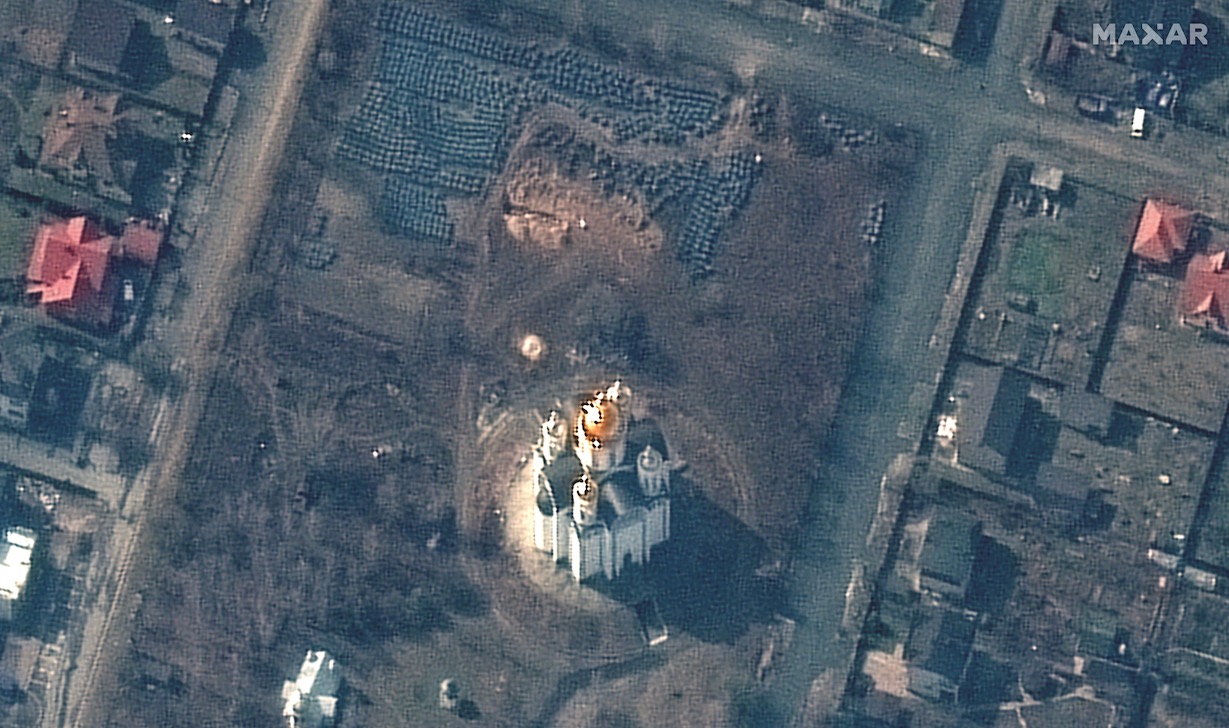 A mass grave in the Ukrainian town of Bucha has been spotted from space.

Maxar Technologies’ WorldView-3 satellite snapped photos of the mass grave, on the grounds of the Church of St. Andrew and Pyervozvannoho All Saints, on March 31. The grave site includes a trench about 45 feet (14 meters) long, company representatives said in an emailed statement.

Local residents and the Kyiv Regional Police — Bucha is not far from the Ukrainian capital — said they believe at least 150 people are interred in the makeshift grave, CNN reported. And Bucha’s mayor said the number could be twice that high, according to CNN, which stressed that it could not independently verify either figure.

Bucha residents said that excavation of the mass grave began not long after Russia invaded Ukraine on Feb. 24, CNN reported. A second newly released WorldView-3 photo shows some initial digging work being done in the churchyard on March 10.

The scale and scope of the devastation in Bucha, Kyiv and other towns and cities in northern Ukraine are just now coming to light as Russian forces retreat from the region. Bucha was hit particularly hard; Ukrainians coming back into the town “are finding scores of bodies in yards and on the roads amid mounting evidence of intentional and indiscriminate killings of civilians” by Russian soldiers, The New York Times wrote.

Such scenes have outraged many people around the world and spurred talk of tougher punishments against Russia for the invasion of Ukraine, which is ongoing.

“Appalled by atrocities of Russian army in #Bucha & other liberated areas. This is cold reality of Putin’s war crimes. World must be aware of what is happening. Tougher sanctions must be imposed. Perpetrators & their commanders must be brought to justice,” Roberta Metsola, the president of the European Parliament, said via Twitter on Sunday (April 3).

« Bitcoin Cold Case: The Tale of the Dormant Wallet With Close to 80,000 BTC From Mt Gox » SEC chair: retail crypto investors should be protected