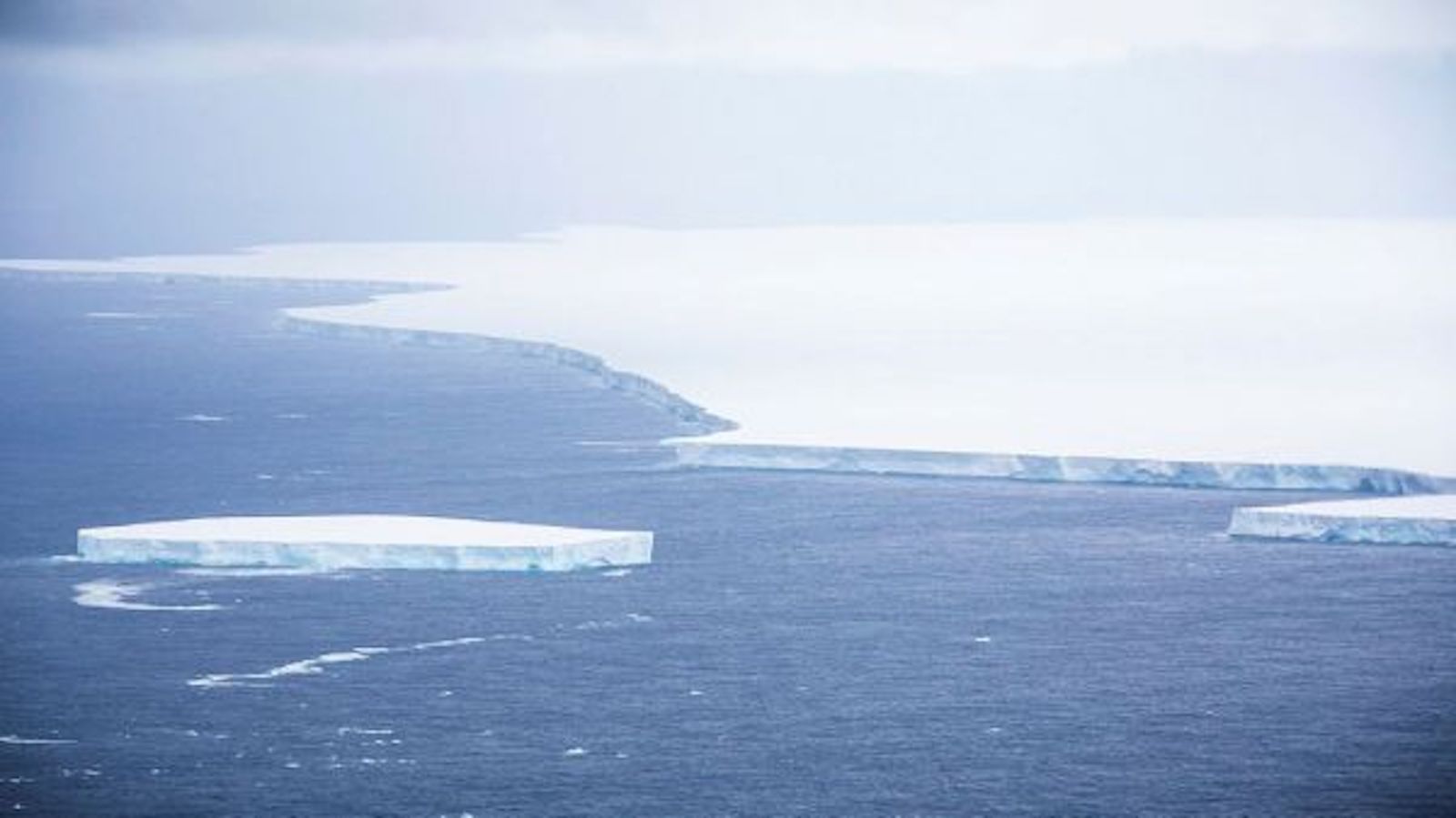 A swift change in ocean currents in the Southern Ocean likely snapped one of the largest icebergs in half like a twig.

The gigantic ice mass — called A68a — was known as a tabular iceberg due to its rectangular shape. At its largest it was roughly the size of Delaware, covering approximately 2,300 square miles (6,000 square kilometers), and in 2017 it famously calved off another iceberg, A68, dumping 1 trillion tons of meltwater into the ocean over the three years it was seabound. But scientists didn’t know what caused A68a to break apart.

In a study published Wednesday (Oct. 19) in Science Advances (opens in new tab), researchers from Princeton University in New Jersey used satellite imagery and datasets to travel back in time to December 2020, when the finger-shaped iceberg experienced two breakdown events.

After passing by South Georgia Island, A68a began fracturing, with a large chunk breaking off as a direct result of the iceberg’s keel dragging on the seafloor, however the second event befuddled experts since the iceberg was floating in the deep, open ocean.

Related: Antarctica’s doomed A68 iceberg dumped 1 trillion tons of water into the ocean over 3 years (opens in new tab)

“Usually, icebergs break because they run into the seafloor, causing parts of it to break off,” Alex Huth, the study’s lead author and a postdoctoral research associate in the Program in Atmospheric and Oceanic Sciences (AOS) at Princeton University, told Live Science (opens in new tab). “But in this case, after looking at the ocean current data, the fingerlike portion of the iceberg seemed to be overlapping one part of the current that was stronger than another part, so it seems reasonable to suspect that it caused enough tension along the iceberg’s body to snap it in half like a toothpick.”

The researchers theorized that the second breakdown event was triggered by “ocean-current shear” and that a change in currents led to part of the iceberg being lopped off—something that hadn’t been reported before.

To test their theory, they looked at how outside forces such as ocean currents and wind could impact the iceberg. Creating a simulation of A86a using a model called Kinematic Iceberg Dynamics (iKID), the team found that “when [an iceberg] becomes positioned into a current that’s very strong versus another current that’s very weak, the bonds between [conglomerate] particles will snap, and we were able to model the actual fracture of the berg.”

Satellite imagery shows the evolution of iceberg A68a and the two breakup events it experienced in 2020. (Image credit: Science Advances)

The “iceberg’s fingerlike shape,” may have also contributed to the fracture, Huth said, “since it made the berg long enough to overlap the two currents.”

Researchers also examined whether or not pre-existing cracks encouraged the breakup, however Huth said that remains “inconclusive” since “the main part of the fracture doesn’t seem to follow along a pre-existing crack.”

By studying the demise of A68a, Huth and his team believe they can get a better sense of the “role icebergs play on the Earth‘s system” and how they interact with outside forces.

“Icebergs represent roughly 50% of the ice mass loss of Antarctica (opens in new tab), which happens when they calve off of ice sheets,” Huth said. “As they drift away, they deposit meltwater far away from the sheets. This can influence ocean circulation by stratifying the water column and can essentially fertilize the ocean with iron since they’re a source of sediment from Antarctica, which can lead to an increase in phytoplankton.”