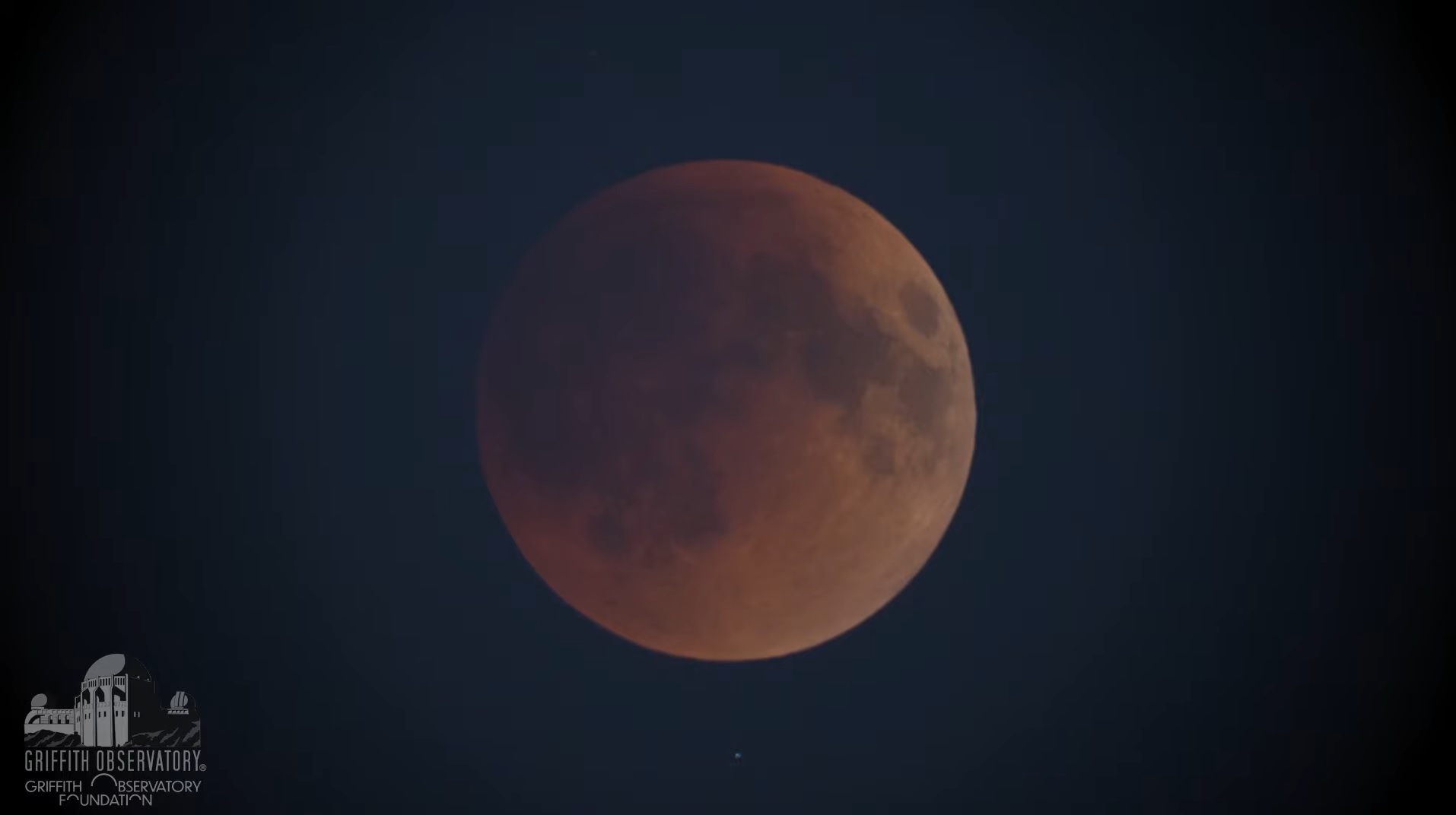 Satellites tracking the total lunar eclipse in May revealed dramatic and uneven temperature changes across the surface of the moon.

On May 16, skywatchers were treated to the longest total lunar eclipse in three decades. Meanwhile, two satellites — the Thermal Infrared Sensor (TIRS) on the Landsat 8 satellite, and TIRS-2 on Landsat 9 — observed the lunar treat from space.

A lunar eclipse occurs when Earth aligns between the sun and the moon and casts a shadow across the lunar surface. The satellites captured a series of images that illustrate varying temperatures on the moon’s surface over the course of the four-hour eclipse, according to a statement (opens in new tab) from NASA’s Earth Observatory.

“Look at how quickly the surface cools down when the solar illumination is removed,” Dennis Reuter, a TIRS instrument scientist, said in the statement. It drops at a rate of more than 180 degrees Fahrenheit (100 degrees C) per hour when the full eclipse begins, he added.

The lunar eclipse reached totality at 12:11 a.m. EDT (0411 GMT), when Earth’s shadow stretched across the entire surface of the moon. The images show that, at that time, the lunar surface quickly darkened, or cooled, compared with bright areas previously illuminated by the sun in the Landsat images.

The moon lacks a thick heat-trapping atmosphere, which is why the temperature of the lunar surface drops dramatically when the warmth of the sun is blocked by Earth’s shadow during a total lunar eclipse.

Two satellite instruments — the Thermal Infrared Sensor (TIRS) on the Landsat 8 satellite, and TIRS-2 on Landsat 9 — observed changes in the temperature of the lunar surface throughout the total lunar eclipse on May 16, 2022.  (Image credit: NASA Earth Observatory images by Joshua Stevens, using Landsat data from the U.S. Geological Survey and Matthew Montanaro/GSFC/RIT. Visible images (Nikon DSLR photographs) by Matthew Montanaro/GSFC/RIT)

However, the scientists noted that the physical characteristics of the lunar surface also influenced the temperature changes observed. For example, the lunar surface is composed of fine, rocky dust called regolith. The small size and low-density of this loose dust contributes to the moon’s heat loss, according to the statement.

The researchers also found that craters on the moon — created by meteoroid impacts over billions of years — start out cooler but lose heat more slowly than the material surrounding them during a total lunar eclipse. The satellite images show that when Tycho crater was in full shadow, it appeared to stay relatively bright, or warm, compared with the surrounding terrain. One possible explanation is that craters contain less fine-grain dust or more material that conducts heat.

“The difference in the cool-down rates between various areas is called a difference in thermal inertia, and it gives clues about the variation in the surface characteristics of various regions of the object,” Reuter said in the statement. “I realized that the total lunar eclipse would take the moon’s surface from fully illuminated to nearly completely dark in only a few hours and allow us to get comparable measurements of the lunar thermal properties.”

These measurements will help researchers learn more about the relationships between thermal observations and the physical makeup of the surface of other distant celestial bodies.