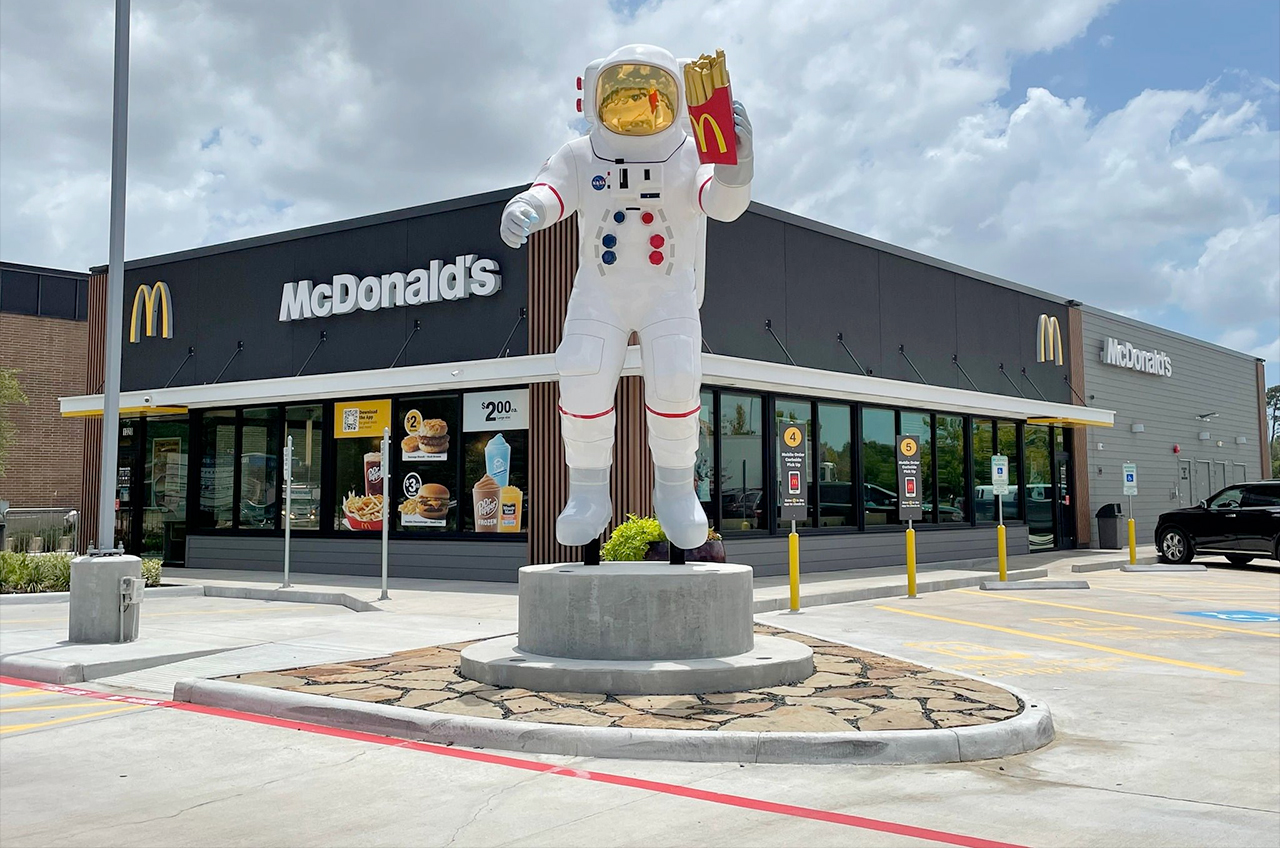 A new statue of an Apollo astronaut now stands near NASA in Houston, just in time for the anniversary of the first moon landing.

To find it, just follow the Golden Arches (opens in new tab).

“Looking for an out-of-this world photo op? Come to Nassau Bay (opens in new tab), where this incredible astronaut was installed today in front of the McDonald’s located at 1320 E. NASA Parkway!” city officials wrote on the Facebook page (opens in new tab) for the Houston suburb on Monday (July 18).

The larger-than-life astronaut is sculpted wearing an Apollo-style spacesuit, complete with a NASA logo on its chest, a reflective gold helmet visor and a red carton of McDonald’s french fries in its gloved left hand.

“I built a pedestal around the 13-foot [4-m] astronaut so customers and visitors can take their picture, and I know the city was thrilled to have it up again,” Ken Kades, the restaurant’s operator, told the Beumont Enterprise (opens in new tab) newspaper.

Although brand new, the statue replaces a similar landmark that for more than 25 years stood atop the roof of the McDonald’s at its former location across the street and nearer to Johnson Space Center down NASA Road One. The astronaut helped set the restaurant apart from others in the chain.

“The business moved to the new location over a year ago, and after some deep digging, I was able to find the original artist who designed and created the original astronaut 27 years ago,” Kades said.

The public is welcome to come see the statue, regardless if they are eating at McDonald’s.

“We encourage all of our residents and visitors to check out the astronaut,” the Nassau Bay Facebook post read. “Parking for photos is available.”