Milky Way mapper Gaia to release new data on Monday. Here’s how to watch it live. 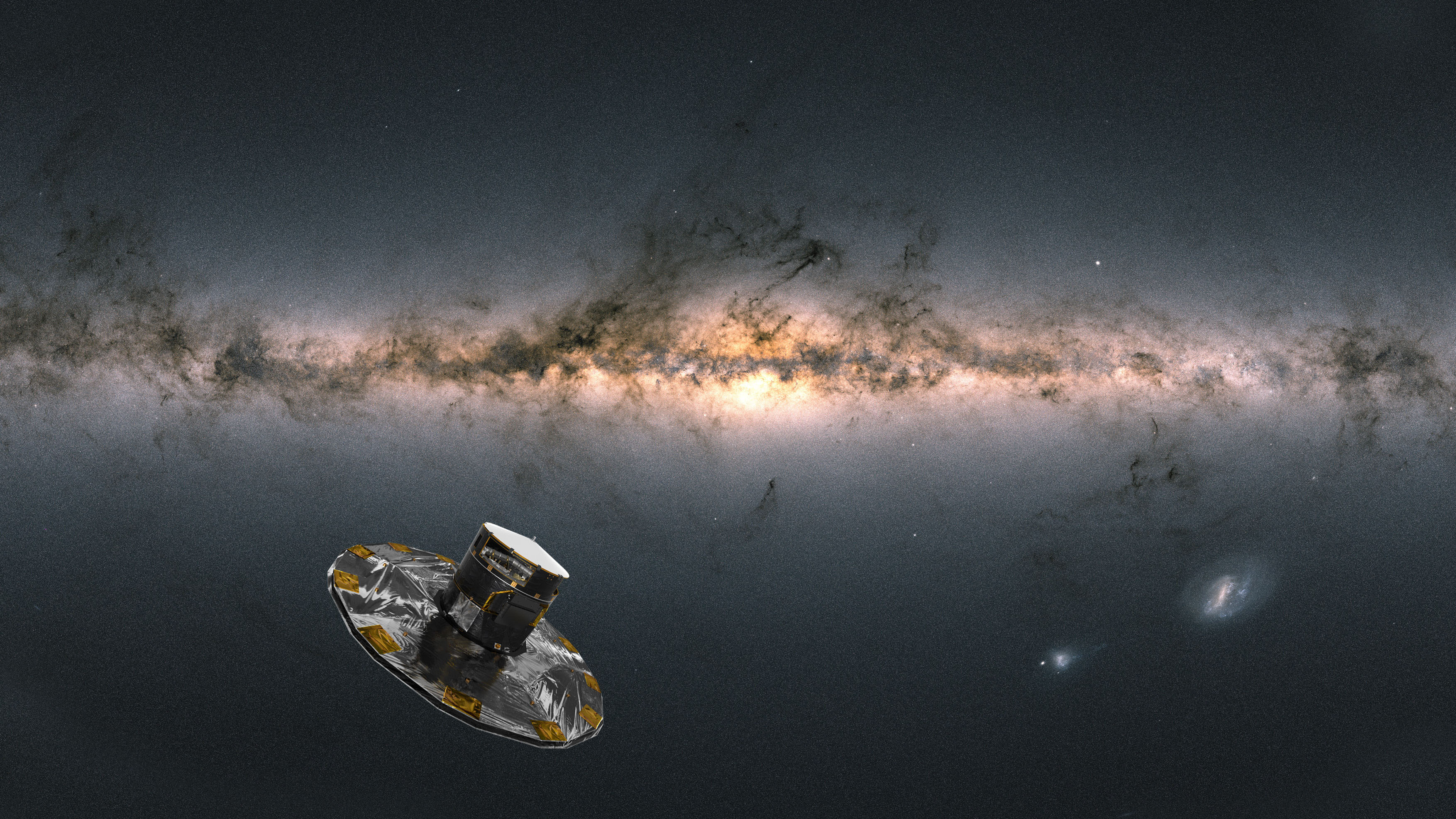 The European Space Agency will release new data from its Milky Way-charting Gaia mission on June 13. Here’s how you can get the latest updates from the telescope live.

A media briefing (opens in new tab) will be held on Monday, June 13, beginning at 4 a.m. EDT (0800 GMT). Gaia mission experts will share highlights from the new data catalog, which includes information about almost 2 billion celestial objects, mostly stars, but also planets and asteroids in the solar system, and galaxies  outside the Milky Way. The media briefing will be broadcast on ESA Web TV (opens in new tab).

Launched in 2013, Gaia’s mission is to create the most accurate and complete 3D map of our galaxy, the Milky Way. Data collected by the Gaia spacecraft has helped astronomers better understand the precise positions of vast numbers of stars, their distances from Earth and the speeds at which they travel. As objects in the universe follow the rules of physics, astronomers were able to use the data to model stellar trajectories into the Milky Way’s distant past and learn about what had happened in the galaxy’s early years.

The June 13 data release is set to supercharge this research as it contains new, previously unavailable information.

The new data set will feature the largest collection of astrophysical data for stars in the Milky Way, including information about masses, temperatures and ages of nearly half a billion stars, as well as detailed chemical compositions of about 2 million stars. The catalog will also contain the largest ever survey of binary star systems in the Milky Way and the largest data set of chemical compositions of asteroids in the solar system. In addition to that, Gaia studied in detail the Milky Way’s largest galactic neighbor, the Andromeda Galaxy, and conducted the first space-based all-sky survey of quasars, super bright objects at the heart of some galaxies.

The media briefing will showcase several studies to be published on June 13, leveraging the recent Gaia observations. These papers highlight the great potential of Gaia’s new data, ESA said in a statement (opens in new tab).

« Spider-Man: No Way Home is returning to theaters with new Spidey scenes » Bitcoin price drops to lowest since May as Ethereum market trades at 18.4% loss