Minecraft Tips For Exploring – How To Get Around Without Getting Lost

The only thing easier in Minecraft than punching a tree is getting lost. You found the coolest river, the richest cave… but you can’t remember where your house is. At the beginning, you just have to be careful, but as the game progresses your options for making sure you know where you are in your Minecraft world multiply. Here’s what you need to know about navigation and finding your way around in Minecraft.

The Basics: Paths, Directions, and Signs

The kids in fairy tales did it, and you can, too. Instead of leaving a trail of breadcrumbs, though, you can do something better. Put those torches in your inventory to work by using them to mark your path as you explore. However, it can be hard sometimes to see where a group of torches is pointing. To help that, get out your shovel and use its alternate function on the ground. With nothing more than a shovel, you can make a good-looking and highly functional path.

Minecraft doesn’t have cardinal directions like North and South in the game canonically, but the sun and moon always rise in one direction and set in the other, so you can decipher where North, South, East and West are. Keep those in mind as you build and explore.

And if all else fails, signs are easy to make in huge numbers. Putting down informative signs that make use of the various “arrow” characters (^, V, <, and >) can be enough to get you anywhere.

But you shouldn’t have to be doing a bunch of work or paying careful attention to find your way home. There are easier options once you start to collect more materials. 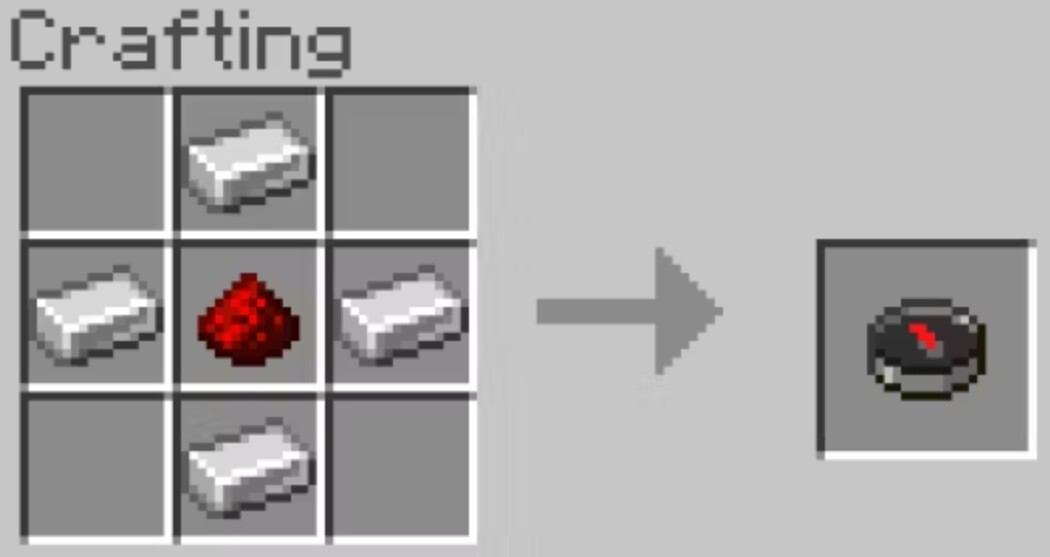 The compass is perhaps the simplest to build and use. By default, this compass will point back to the world spawn–the place you first appear when you log in. This ensures that no matter where you go, you can at least find your way back to that point. The further away you move your base of operations from the world spawn, though, the less convenient this gets. Even that problem can be solved, though, with a Lodestone–more on that further down. Regardless, this simple tool gives you a foolproof way to get back to the world spawn point no matter how far you’ve gone. 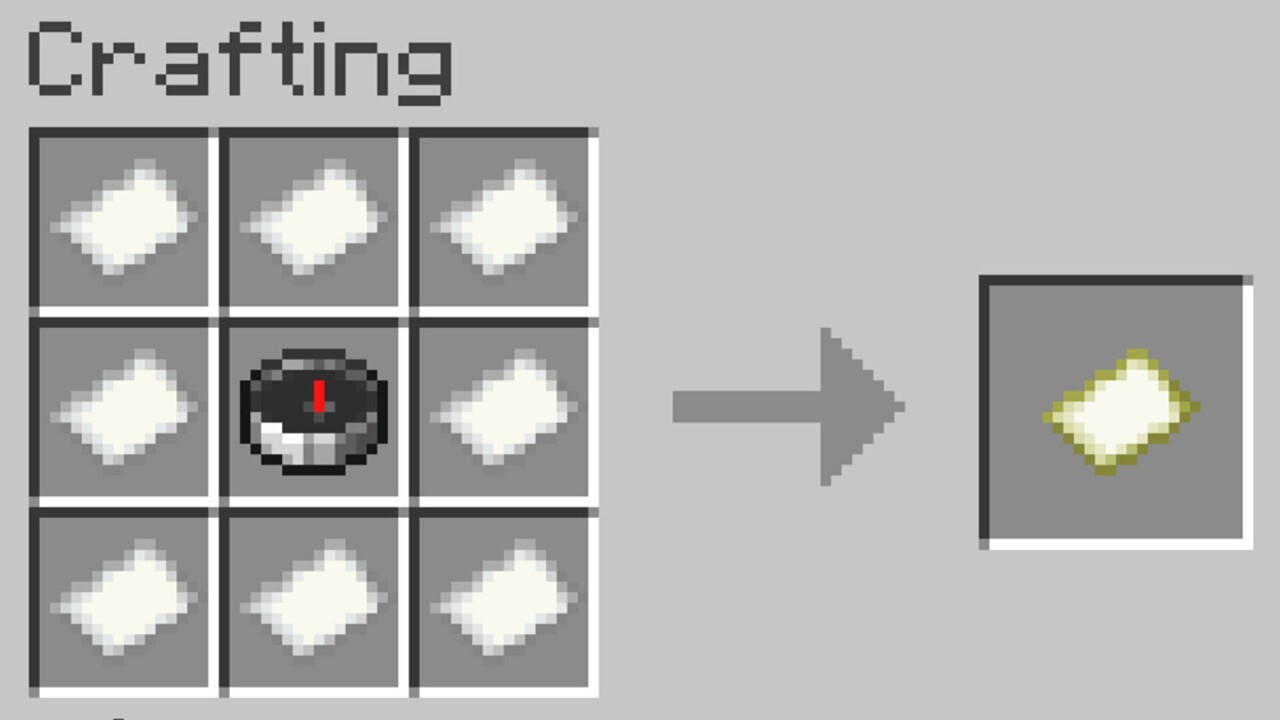 A compass will always get you back to its origin point, but it won’t get you back to that rad cave you found when you were out exploring. A map, on the other hand, will. To make a map, you’ll need nine pieces of paper, which you can get by harvesting Sugar Cane and taking it to a crafting table. Mapping can consume a lot of paper, so you’ll probably want a few stacks–but nine is the way to start. By creating a map and activating it, you’ll end up with a basic map of the area you’re currently in, which you can then uncover on the map by walking around in the space covered by that map. But that’s just the start–maps are incredibly useful items when you know what to do with them. 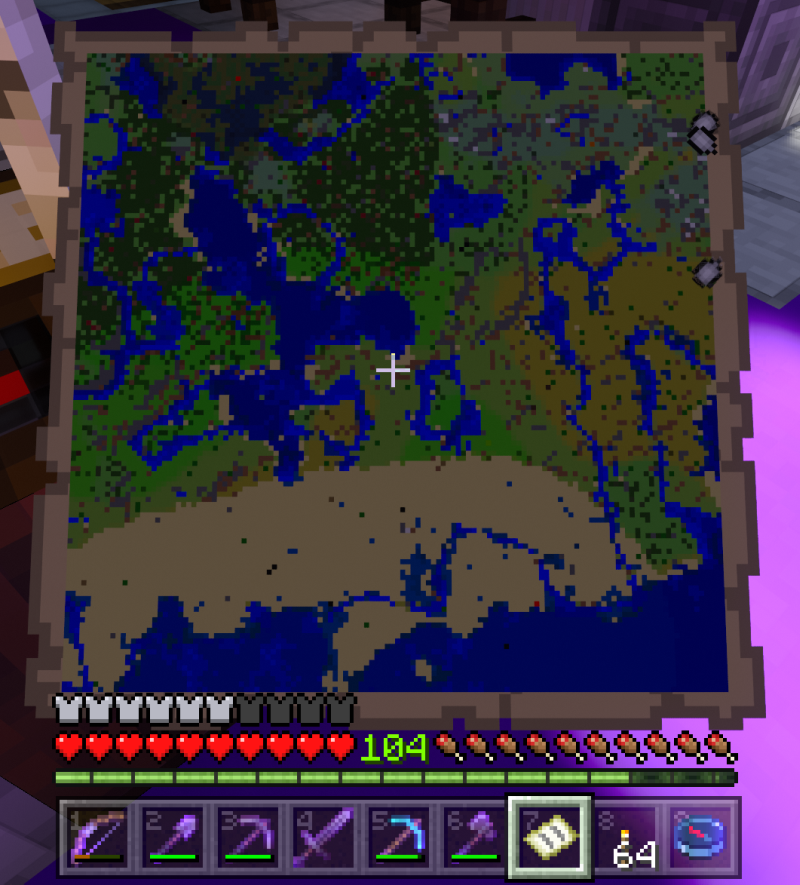 The next level after creating a basic map is to create a locator map. This takes 8 pieces of paper and a compass. What you end up with is a map just like the one above, but now you and any other players on your server will show up on the map, including which direction each player is facing in real-time. If they’re off the edge of the map, they’ll show up along the map’s edge, giving you a way to help your friends navigate back home even if they’re lost.

How to Zoom Maps

The final form of a map is to create a zoomed-out map. There are five levels of map zoom:

You’ll need a Cartography Table to get started, which requires four wooden planks and two sheets of paper. Then you can take your 0-zoom map–locator or not–and drop that in the top slot of the Cartography Table. Put a sheet of paper in the bottom slot and then take out the resulting product for a Zoom Level 1 map. Do that again four more times to get a Zoom Level 4 map.

As an aside, these maps make great art when mounted on a frame, and can be a great way to remind yourself of all the stuff you’ve created in your Minecraft world. 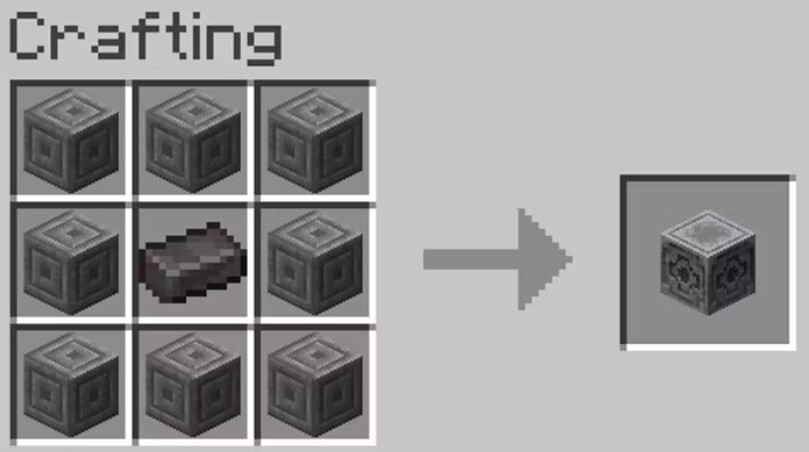 Another useful item you can make is one we hinted at above, the Lodestone. This is the most advanced of these, as it requires a Netherite Ingot, which you get by mining Ancient Debris from the Nether. You’ll also need a Stonecutter to make a set of 8 Chiseled Stone blocks.

Place a Lodestone anywhere and then use a compass on it, and that compass will then point to the Lodestone instead of the world spawn. This is especially useful in the Nether and The End, where compasses do not work by default. If you place a Lodestone in one of those dimensions and sync a compass with it, that compass will stop going haywire and instead point to the Lodestone. Drop that Lodestone by your entry point and you can always get back home, even in those dangerous dimensions.

Lodestones are even useful in the Overworld, though. You might find a spot for your base of operations far away from the world spawn. By dropping a Lodestone there and syncing with it, you can ensure that you can always get back home.