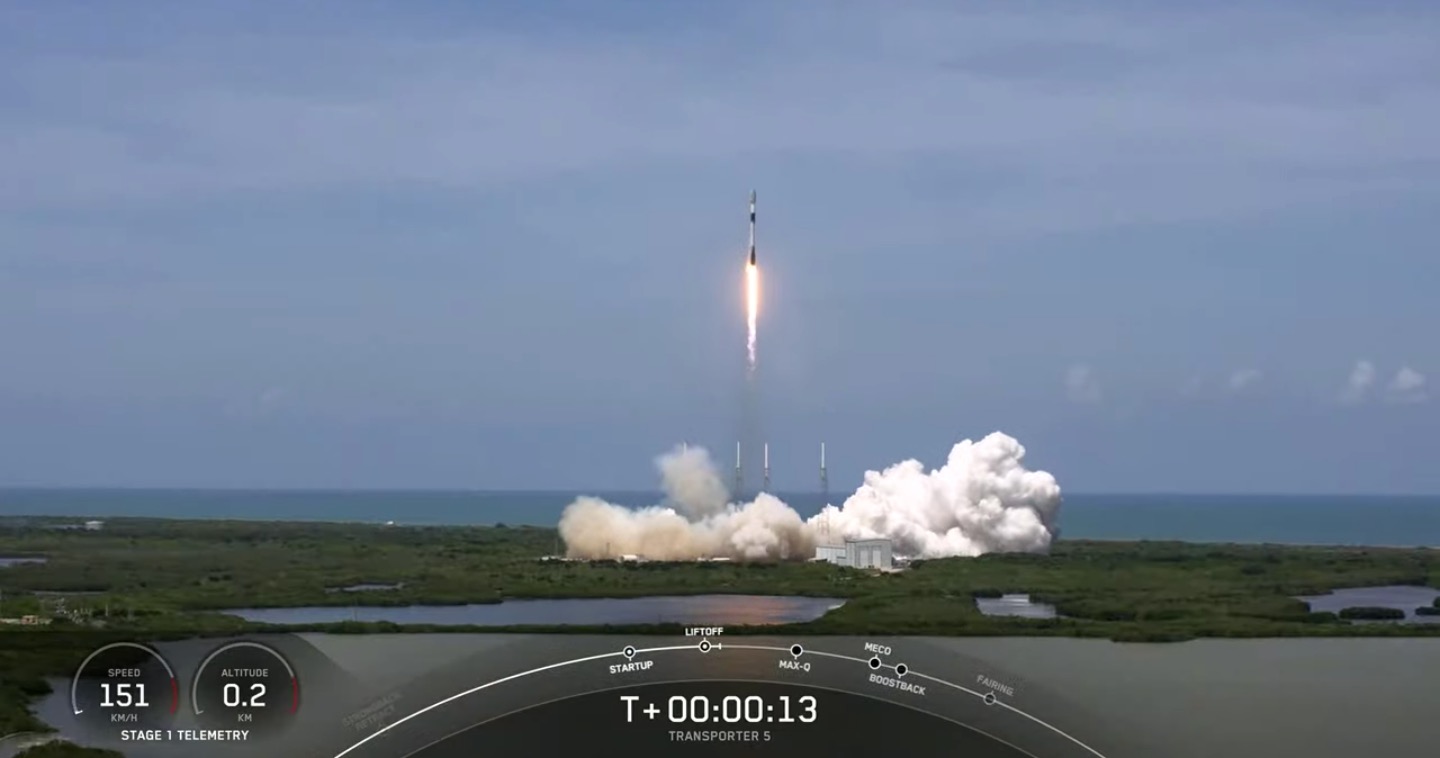 Momentus’ newly launched space tug has been experiencing some issues in orbit.

The Vigoride spacecraft, built by California-based company Momentus, launched atop a SpaceX Falcon 9 rocket on May 25, riding to Earth orbit along with dozens of other payloads on a mission called Transporter 5.

It’s the first spaceflight for Vigoride and serves primarily as a demonstration mission, though the tug is carrying nine small satellites to deploy for three different customers, according to SpaceNews (opens in new tab). (Vigoride’s main envisioned job is to ferry customer payloads to specific orbital locations after launch.)

Two days after liftoff, however, Momentus announced that Vigoride had run into “some initial anomalies.”

“We are using an unplanned frequency as we work through this and are applying for a Special Temporary Authority (STA) with the FCC to address that in order to help command the vehicle back to nominal configuration,” company representatives wrote in an update (opens in new tab), referring to the U.S. Federal Communications Commission. “Our engineering and operations team is working to address the anomalies.”

Momentus has not specified the nature of the anomalies it is working to resolve. But company CEO John Rood did say during a June 1 webinar that the problems aren’t associated with Vigoride’s primary propulsion system, which had not been tested at that point, according to SpaceNews.

That propulsion system uses microwave electrothermal thrusters (METs), which heat propellant using microwave energy. In Vigoride, this propellant is water, which is then expelled from a nozzle to create thrust.

“The MET can transmit a very large amount of energy into a small amount of propellant and turn it into a hot plasma — reaching about half the temperature of the sun’s surface,” Momentus wrote in a description of the thrusters (opens in new tab). “This technology is well-suited for use in Vigoride — and future vehicles Momentus is developing.”

Momentus’ early attempts to deal with the Vigoride anomalies have apparently met with some success. On May 31, the company announced in another update (opens in new tab) that the tug had managed to deploy two satellites.