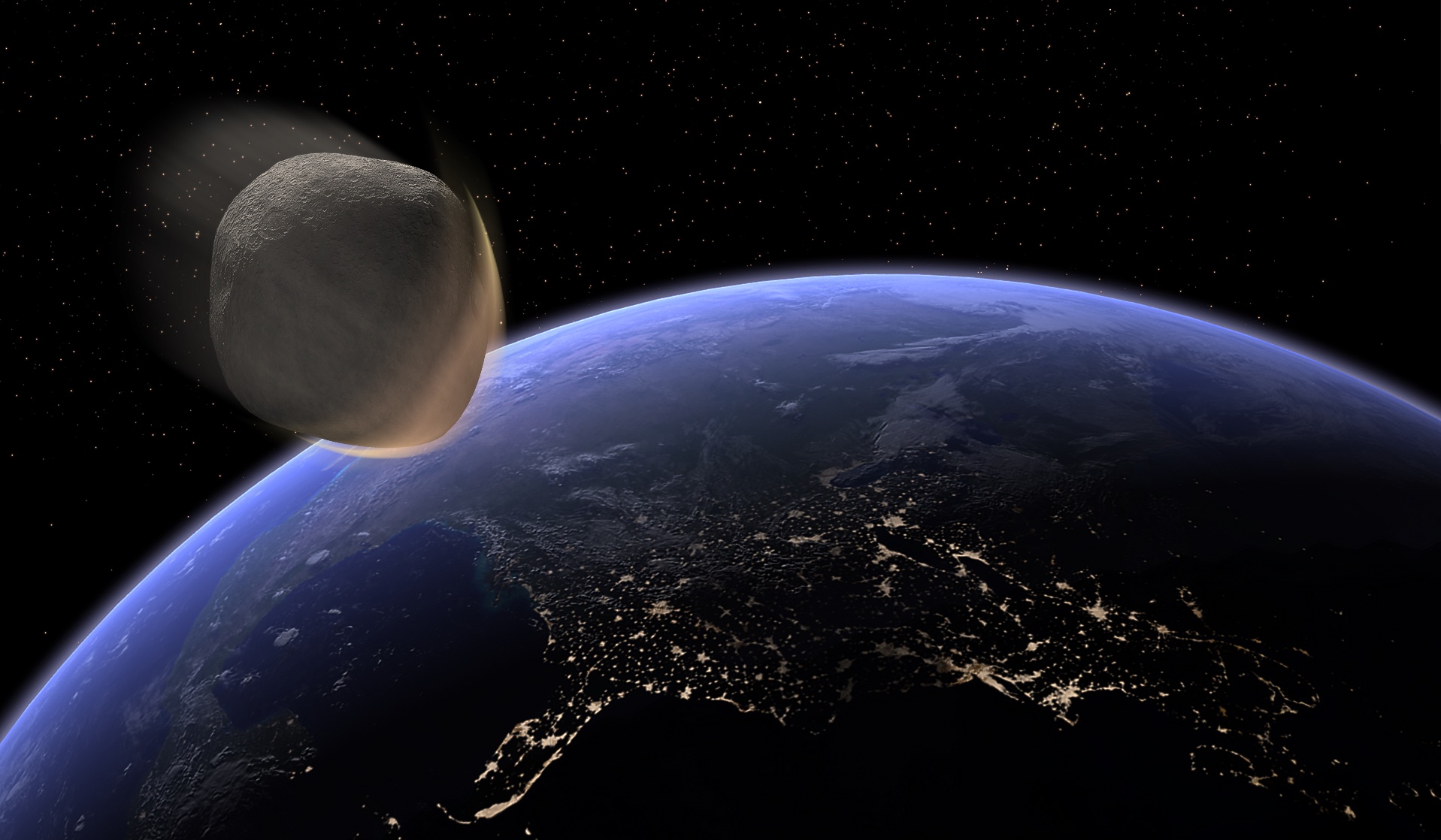 Uisdean Nicholson (opens in new tab) is an Associate Professor of Geoscience at Heriot-Watt University and lead author of the study describing the discovery. He is an expert in sedimentary and marine geology. Sean Gulick (opens in new tab) is a Research Professor of Geoscience at the University of Texas at Austin. He studies tectonic-climate interactions, the role of catastrophism in the geologic record and marine and planetary geophysical imaging. Veronica Bray is a Research Scientist at the Lunar & Planetary Laboratory of the University of Arizona. She studies impact cratering, channel formation, fracturing and landscape evolution on a variety of planetary bodies. The researchers are the authors of a recent study on the Chicxulub impact.

The ocean floor is famously less explored than the surface of Mars. And when our team of scientists recently mapped the seabed, and ancient sediments beneath, we discovered what looks like an asteroid impact crater.

Intriguingly, the crater, named “Nadir” after the nearby volcano Nadir Seamount, is of the same age as the Chicxulub impact caused by a huge asteroid at the end of the Cretaceous period, around 66 million years ago, which wiped out the dinosaurs and many other species.

Related: Meteor crater: The hole from space that keeps on giving

The finding, published in Science Advances (opens in new tab), raises the question of whether the crater might be related to Chicxulub in some way. If confirmed, it would also be of huge general scientific interest as it would be one of a very small number of known marine asteroid impacts and so give unique new insights into what happens during such a collision.

The crater was identified using “seismic reflection (opens in new tab)” as part of a wider project to reconstruct the tectonic separation of South America from Africa back in the Cretaceous period. Seismic reflection works in a similar manner to ultrasound data, sending pressure waves through the ocean and its floor and detecting the energy that is reflected back. This data allows geophysicists and geologists to reconstruct the architecture of the rocks and sediments.

Scrolling through this data at the end of 2020, we came across a highly unusual feature. Among the flat, layered sediments of the Guinea Plateau (opens in new tab), west of Africa, was what appeared to be a large crater, a little under 6.2 miles (10 kilometers) wide and several hundred meters deep, buried below several hundred meters of sediment.

Many of its features are consistent with an impact origin, including the scale of the crater, the ratio of height to width and the height of the crater rim. The presence of chaotic deposits outside of the crater floor also look like “ejecta” — material expelled from the crater immediately following a collision.

We did consider other possible processes that could have formed such a crater, such as the collapse of a submarine volcano or a pillar (or diapir) of salt below the seabed. An explosive release of gas from below the surface could also be a cause. But none of these possibilities are consistent with the local geology or the geometry of the crater.

The simulation that best fits the crater shape is for an asteroid 1,300 feet (400 metres) in diameter hitting an ocean that was 2,600 feet (800 m) deep. The consequences of an impact in the ocean at such water depths are dramatic. It would result in an 2,600-foot-thick water column, as well as the asteroid and a substantial volume of sediment being instantly vaporised — with a large fireball visible hundreds of miles away.

Shock waves from the impact would be equivalent to a magnitude 6.5 or 7 earthquake, which would likely trigger underwater landslides around the region. A train of tsunami waves would form.

The air blast from the explosion would be larger than anything heard on Earth in recorded history. The energy released would be approximately a thousand times larger than that from the recent Hunga Tonga eruption. It is also possible that the pressure waves in Earth’s atmosphere would further amplify the tsunami waves far away from the crater.

One of the most intriguing aspects of this crater is that it is the same age as the giant Chicxulub event, give or take one million years, at the boundary between the Cretaceous and Paleogene periods 66 million years ago. Again, if this really is an impact crater, might there be some relationship between them?

We have three ideas as to their possible relationship. The first is that they might have formed from the break-up of a parent asteroid, with the larger fragment resulting in the Chicxulub event and a smaller fragment (the “little sister”) forming the Nadir crater. If so, the damaging effects of the Chicxulub impact could have been added to by the Nadir impact, exacerbating the severity of the mass extinction event.

The break-up event could have formed by an earlier near-collision, when the asteroid or comet passed close enough to Earth to experience gravitational forces strong enough to pull it apart. The actual collision could then have occurred on a subsequent orbit.

Although, this is less likely for a rocky asteroid, this pull-apart is exactly what happened to the Shoemaker-Levy 9 comet that collided with Jupiter back in 1994, where multiple comet fragments collided with the planet over the course of several days.

Another possibility is that Nadir was part of a longer lived “impact cluster”, formed by a collision in the asteroid belt earlier in solar system history. This is known as the “little cousin” hypothesis.

This collision may have sent a shower of asteroids into the inner solar system, which may have collided with Earth and other inner planets over a more extended time period, perhaps a million years or more. We have a precedent for such an event back in the Ordovician period — over 400 million years ago — when there were numerous impact events (opens in new tab) in a short period of time.

The Nadir crater as seen in this ocean map. (Image credit: Author Provided)

Finally, of course, this may just be a coincidence. We do expect a collision of a Nadir-sized asteroid every 700,000 years or so. For now, however, we cannot definitively state that the Nadir crater was formed by an asteroid impact until we physically recover samples from the crater floor, and identify minerals that can only be formed by extreme shock pressures. To that end, we have recently submitted a proposal to drill the crater through the International Ocean Discovery Program.

As with the main impact crater hypothesis, we can only test the little sister and little cousin hypotheses by accurately dating the crater using these samples, as well as by looking for other candidate craters of a similar age.

Perhaps more importantly, could such an event happen in the near future? It is unlikely, but the size of the asteroid that we model is very similar to the Bennu asteroid currently in near-Earth orbit. This asteroid is considered to be one of the two most hazardous objects in the solar system, with a one-in-1,750 chance of collision with Earth in the next couple of centuries.