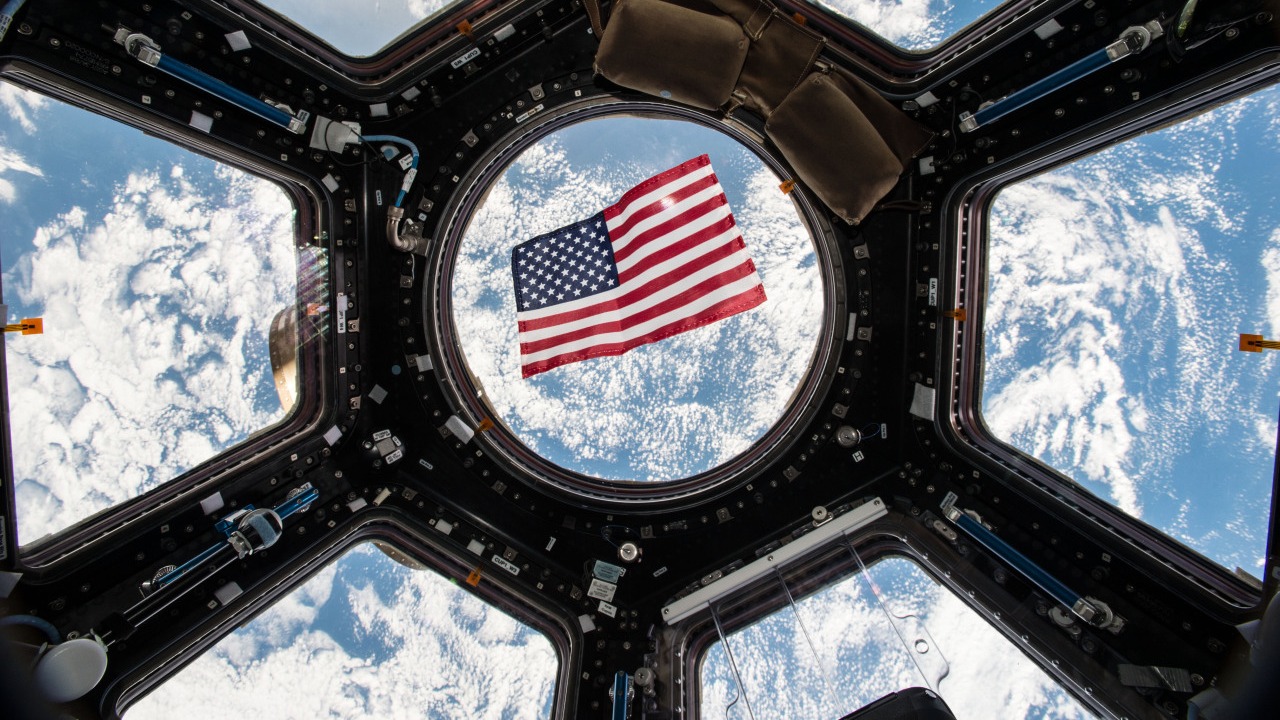 At least one election ballot this year came from out of this world.

“I’ve voted my entire adult life, but this year’s voting booth definitely takes the cake,” Cassada, a U.S. Navy captain, joked in a tweet (opens in new tab) showing off the closed-off bunk. “So thankful to everyone — especially democracy — for allowing me to remain part of this essential process this year.”

Cassada and the other U.S. astronauts aboard the complex right now are eligible to vote by absentee ballot. The process involves the astronaut filling out a Federal Postcard Application (opens in new tab) ballot before liftoff. (It’s similar to an absentee ballot other U.S. citizens use, but targeted at populations living overseas or in the case of Cassada, in space.)

The other eligible U.S. voters among Expedition 68 include Kjell Lindgren (an American born in Taiwan), Loral O’Hara, Bob Hines, Jessica Watkins (the first Black female on a long-duration flight), Nicole Mann (the first Native American female in space) and Frank Rubio (the first Salvadoran-American in space).

“I can’t confirm if the individuals onboard will vote — that has to come from them,” Dan Huot, NASA’s public affairs lead for the ISS, told Space.com when asked if the others plan on it. Huot confirmed, however, that the absentee ballot process previously used by NASA astronaut Kate Rubins in 2020 is identical to what is possible in 2022.

I’ve voted my entire adult life, but this year’s voting booth definitely takes the cake. So thankful to everyone – especially Democracy – for allowing me to remain part of this essential process this year. pic.twitter.com/l9r83wxoxjNovember 8, 2022

NASA has been a leading item on the political agenda in recent months. U.S. president Joe Biden confirmed the agency’s commitment to remain on the ISS through 2030 with the passage of the CHIPS Act this summer. NASA’s 2023 budget received a $23 billion request from the White House, along with a promise to put astronauts on Mars by 2040.

The ongoing Russian invasion of Ukraine that started in February, however, has torn apart most space partnerships aside from the ISS and set the tone for tense international moments. One recent example was threats by Russia that it will fire on U.S. commercial satellites looking at Ukraine from orbit, which prompted a response from the White House.

Government-funded military space has also been quite active in recent years with the creation of a new United States Space Force unit pledging to provide “critical intelligence on threat systems, foreign intentions and activities in the space domain.”