NASA astronauts ‘moonwalk’ in the Arizona desert for our lunar future 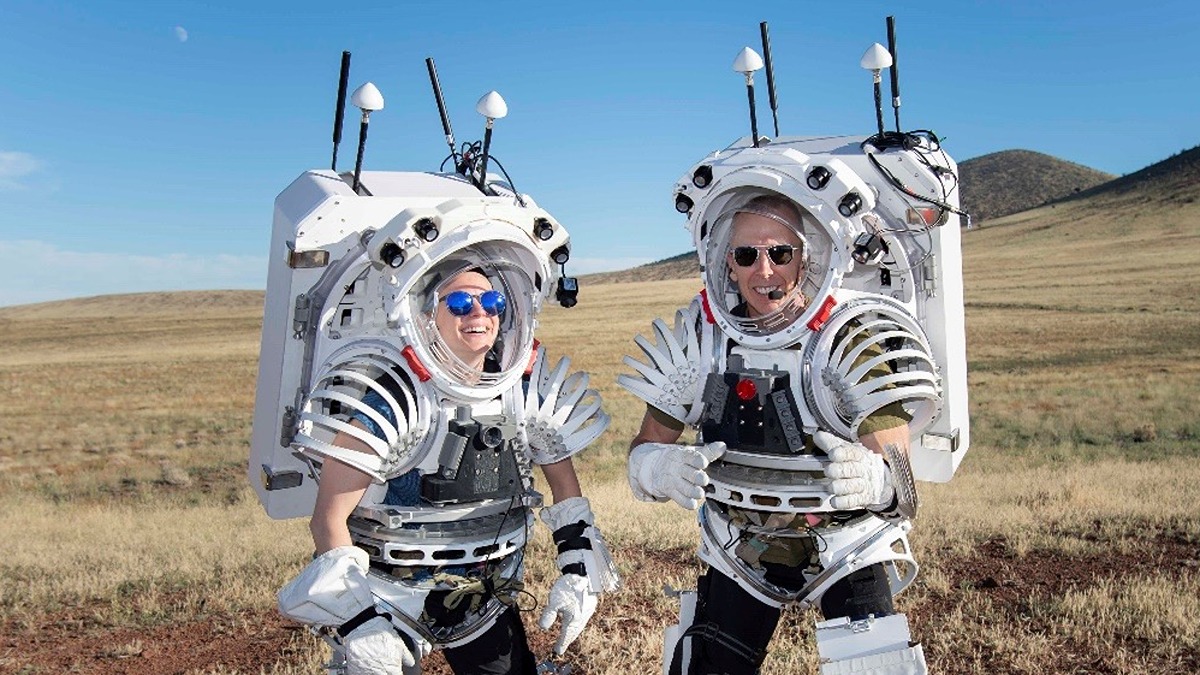 Two NASA missions in Arizona are attempting to simulate exploration of the moon’s south pole.

As NASA prepares to launch Artemis 1 uncrewed mission around the moon as soon as Nov. 14, the space agency is thinking even beyond the crewed Artemis 2 mission that will bring humans around the moon.

Simulated moonwalks on Earth are NASA‘s way of preparing those astronauts who may walk upon the lunar surface for Artemis 3 as soon as 2025. This month, astronauts are trekking through an environment where they will be exposed to conditions as close as possible to those on the moon without leaving Earth — the Arizona desert.

“The Arizona desert possesses many characteristics that are analogous to a lunar environment including challenging terrain, interesting geology, and minimal communications infrastructure, all of which astronauts will experience near the lunar south pole during Artemis missions,” NASA officials said in an Oct. 3 statement (opens in new tab).

There are thousands of extinct volcanoes (opens in new tab) where the astronauts are headed, according to the University of Arizona, along with other geological features similar to the lunar environment. In fact, the Arizona desert has been the ultimate training ground (opens in new tab) for lunar exploration since the Apollo era, as moonbound astronauts first ventured there in 1967.

The Artemis program presents a new challenge for training 55 years later: while the Apollo missions landed on the moon’s near side close to the equator, Artemis will see astronauts touch down on the moon’s mostly unexplored south pole in search of water ice, which can sustain long-term settlement as drinkable water, breathable air and even (through electrolysis) being turned into rocket fuel.

NASA emphasizes that the Arizona environment can be repurposed for new lunar realms that will get astronauts ready.

Trials from NASA’s JETT3 (the third mission of the Joining Extravehicular Activity and Human Surface Mobility Program Test Team series) ran from Oct. 4 to Oct. 9. Astronauts Drew Feustel and Zena Cardman were required to moonwalk after dark, with the lunar south pole’s light and shadows being replicated by a spherical, multi-sided “lighting cart” system, which you can see in the picture below.

To simulate moonwalks, Feustel and Cardman wore spacesuit mockups while carrying out maneuvers to collect regolith (lunar soil) samples. Their journey was analyzed by a science team and guided by a flight control team.

Desert RATS (Research and Technology Studies), which wraps up Oct. 22, will put pressurized rovers through the gauntlet to see if they survive what is being planned for Artemis 7, a mission NASA is proposing for 2030 if earlier flights succeed. NASA and JAXA (the Japanese Aerospace Exploration Agency) have joined forces for this in preparation for moon missions between the two space agencies.

I’m headed to Arizona for the next @NASA #DRATS mission, @NASAArtemis, preparation for future lunar rover and geology expeditions. @JAXA_jp @Aki_Hoshide is warming up the terrain for us! pic.twitter.com/OlEY25d39pOctober 19, 2022

Astronauts and engineers from both NASA and JAXA will live inside one of these rovers, which are like space RVs, under supervision from mission control.

The rovers’ design, configuration and driving (among other metrics) will be evaluated to prove how tough they are. They will undergo a series of three mission simulations. These runs will take them through Black Point Lava Flow (opens in new tab), which is not unlike the ancient basaltic flows (opens in new tab) on the moon, to the edge of the extinct volcano otherwise known as SP Crater (opens in new tab).

NASA emphasized that analog missions like JETT3 and Desert RATS help to reduce risk (opens in new tab) for future human missions, through assessing “strengths, limitations, and the validity of planned human-robotic exploration operations.” Arizona isn’t the only lunar analog ideal for such simulations. NASA has also been known to use underwater habitats and Antarctica, among other locations.

You can follow some of the simulated journey in NASA’s daily field log (opens in new tab).