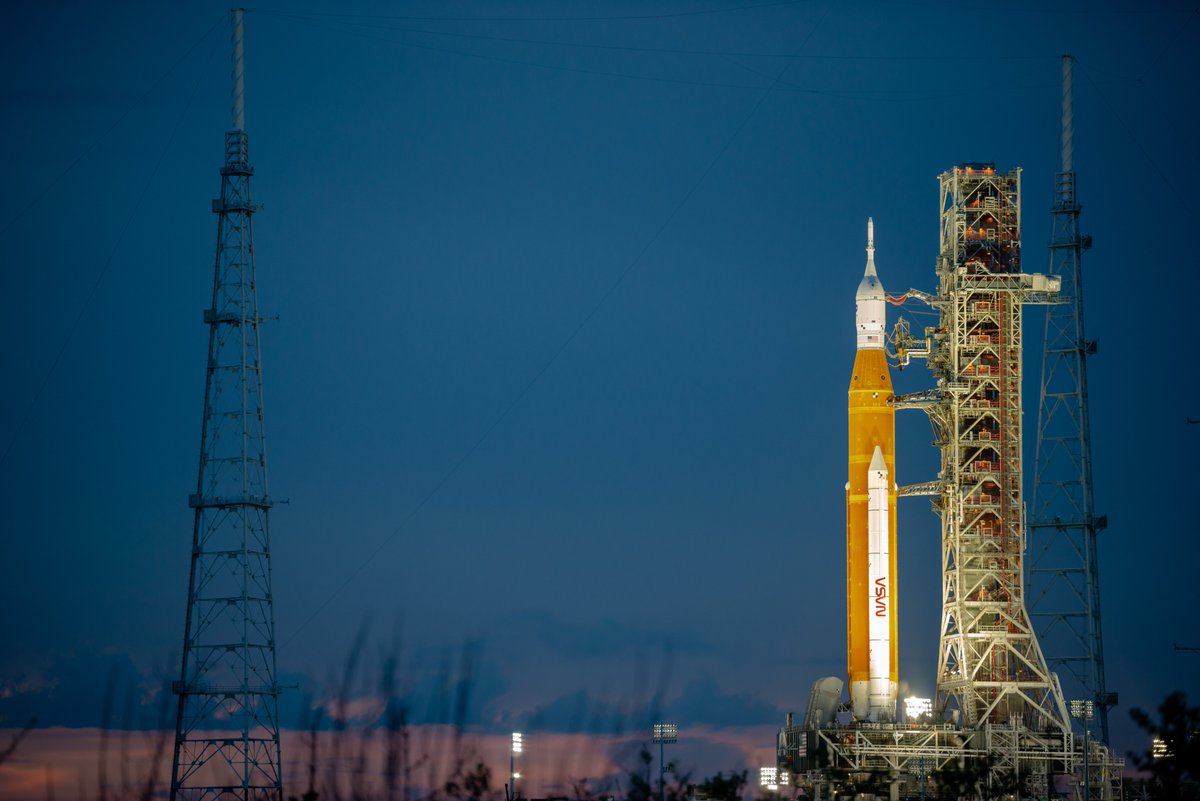 NASA’s Artemis 1 moon rocket is no longer on the launch pad.

The duo made it to KSC’s cavernous Vehicle Assembly Building (VAB) by around 2:30 p.m. EDT (1830 GMT), completing the 4-mile (6.4 kilometers) trek atop NASA’s enormous crawler-transporter 2 vehicle in a little over 10 hours, agency officials said in a blog post (opens in new tab).

Artemis 1 recently wrapped up its “wet dress rehearsal,” a crucial series of tests and simulations designed to help determine a vehicle’s readiness for flight. This wet-dress success was hard-won; the Artemis 1 team first tried to notch the milestone in early April but were thwarted by several technical issues, including a stuck valve. Team members ended up rolling the stack back to the VAB for repairs on April 25, then sent it to the pad for another attempt earlier this month.

The latest try did not go perfectly smoothly — a hydrogen leak was discovered during fueling operations — but NASA officials deemed it good enough to start preparing Artemis 1 for liftoff.

Artemis 1 will send an uncrewed Orion on a roughly month-long journey around the moon. The mission team is apparently eyeing late August or early September for the liftoff, but an official target date won’t be set until SLS and Orion have been inspected fully back at the VAB.

As its name suggests, Artemis 1 is the first mission of NASA’s Artemis program, which aims to establish a sustainable human presence on and around the moon by the end of the 2020s. If all goes well with Artemis 1, Artemis 2 will send a crewed Orion around the moon in 2024, and Artemis 3 will put astronauts down near the lunar south pole about two years later.