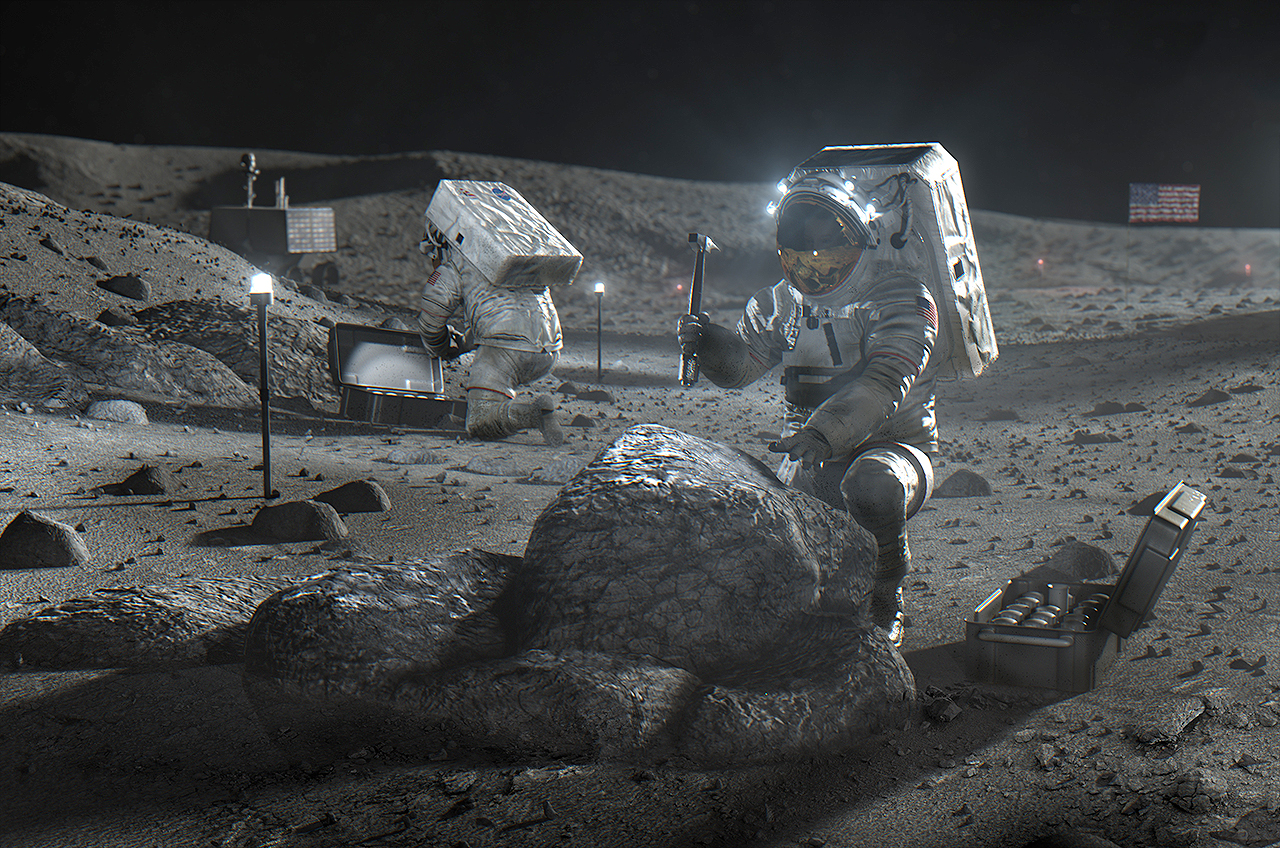 With more than 20 missions aiming to land on the moon by 2026, a new NASA study has found that the protection and preservation of the historic Apollo landing sites remains a concern. The report, however, recommends that “extreme restraint” be taken in seeking protection for future human heritage sites on the lunar surface.

NASA’s Office of Technology, Policy and Strategy (OTPS) released its “Lunar Landing and Operations Policy Analysis” (opens in new tab) on Tuesday (Oct. 25) after examining some of the challenges with having numerous missions at the moon. At the direction of NASA’s leadership, OTPS investigated the technical and policy considerations involved with selecting new lunar landing sites and what actions should be taken to protect lunar surface operations, as well as U.S. interests.

“Just within the next four years, we expect see at least 22 lunar surface missions. Half of these missions will occur in the moon’s south polar region. Due to this upcoming proliferation of actors and activities at or near the lunar south pole, and due to the potential close proximity of operations, NASA and other operators will face challenges never faced before,” the study’s authors wrote (opens in new tab).

Of the robotic and human moon-bound missions driving the concern, only some are being led by NASA working with its international and commercial partners under the Artemis program. Other countries and companies are also planning to land on the moon, adding to the policy challenges.

Protect the past, hold on the future

The OTPS analysis reaffirms earlier efforts that actions need be taken to protect and preserve the Apollo and Surveyor landing sites established in the 1960s and 1970s. In 2011, NASA published recommendations (opens in new tab) for “space-faring entities” regarding “how to protect and preserve the historic and scientific value of U.S. government lunar artifacts.” Nine years later, Congress passed the “One Small Step to Protect Human Heritage in Space Act (opens in new tab),” which directed NASA to hold its contractors and partners to the recommendations.

That same year, NASA included human heritage site protection as part of the Artemis Accords (opens in new tab), a series of bilateral agreements between the U.S. and other world governments participating in the Artemis lunar missions.

“We are therefore faced with a situation where we have detailed internal NASA guidelines for protecting the Apollo and Surveyor sites that we must also apply to commercial and international partnerships,” the OTPS report reads. “No specific guidelines or legal requirements for other potential heritage sites exist, other than the general commitment in the Artemis Accords to ‘preserve outer space heritage.'”

The study proposes that NASA’s 2011 recommendations be implemented for the Apollo and Surveyor sites and that they be applied to commercial and international partnerships as required by law.

For future sites, such as where NASA plans to land the first woman (opens in new tab) and the first person of color as part of the Artemis program, the OTPS study cites the concerns of the international community. The countries entering into the Artemis Accords decided that because heritage protections are of value to the entire community and because they could also be abused, the criteria should be developed through multilateral diplomatic efforts and that has yet to happen.

“Because these sites will be indefinitely protected — and thus generally off-limits for operations — we recommend that NASA exercise extreme restraint in seeking heritage protection for future sites, particularly those in potentially crowded areas such as the south polar region. Heritage protection is also only appropriate after operations have ceased; while operations are ongoing, other policy tools, such as safety zones, are more well-tailored to protecting those activities,” the study reads.

Related: Apollo landing sites: An observer’s guide on how to spot them on the moon

Policies beyond protecting the past

Safety zones have applications beyond preserving human heritage sites on the moon. As proposed by the Artemis Accords, they could protect active surface operations from the interference of other missions and activities in nearby areas.

The OTPS analysis addressed a number of other policy concerns related to the increased pace of lunar exploration. The study looked at the challenges presented by landings (and specifically the impact of landing plumes), surface operations, surface travel, radio-frequency interference, areas with special characteristics and unexpected activities. While not all of these concerns are pressing, some advance planning may be advisable, the study found.

“NASA may wish to begin developing technical criteria for landing standoff distances and safety zones now, for example, before they become operationally necessary, so that those measures are available when needed. Policymakers might consider beginning this sort of hybrid technical-policy design work now,” OTPS officials wrote.

The study also advocates for transparency before and during the implementation of any new policies to mitigate any perception of abuse, such as territory claims or displacing other entities working on the moon. As a first step, OTPS recommends working with the State Department to convene a meeting of Artemis Accords signatories (or a subset of them actively involved in lunar operations) to discuss with them policy and related measures that NASA anticipates using for upcoming lunar missions.

“We recommend a full public relations strategy, as well as multiple streams of multilateral engagement, to articulate our justifications for policy measures in order to forestall negative reactions and solidify our behavior as a precedent to be followed rather than a threat to the space community,” the OTPS analysis reads.

« The Merge brings down Ethereum’s network power consumption by over 99.9% » Advanced Earth-monitoring JPSS-2 satellite is ‘go’ for liftoff on Nov. 1