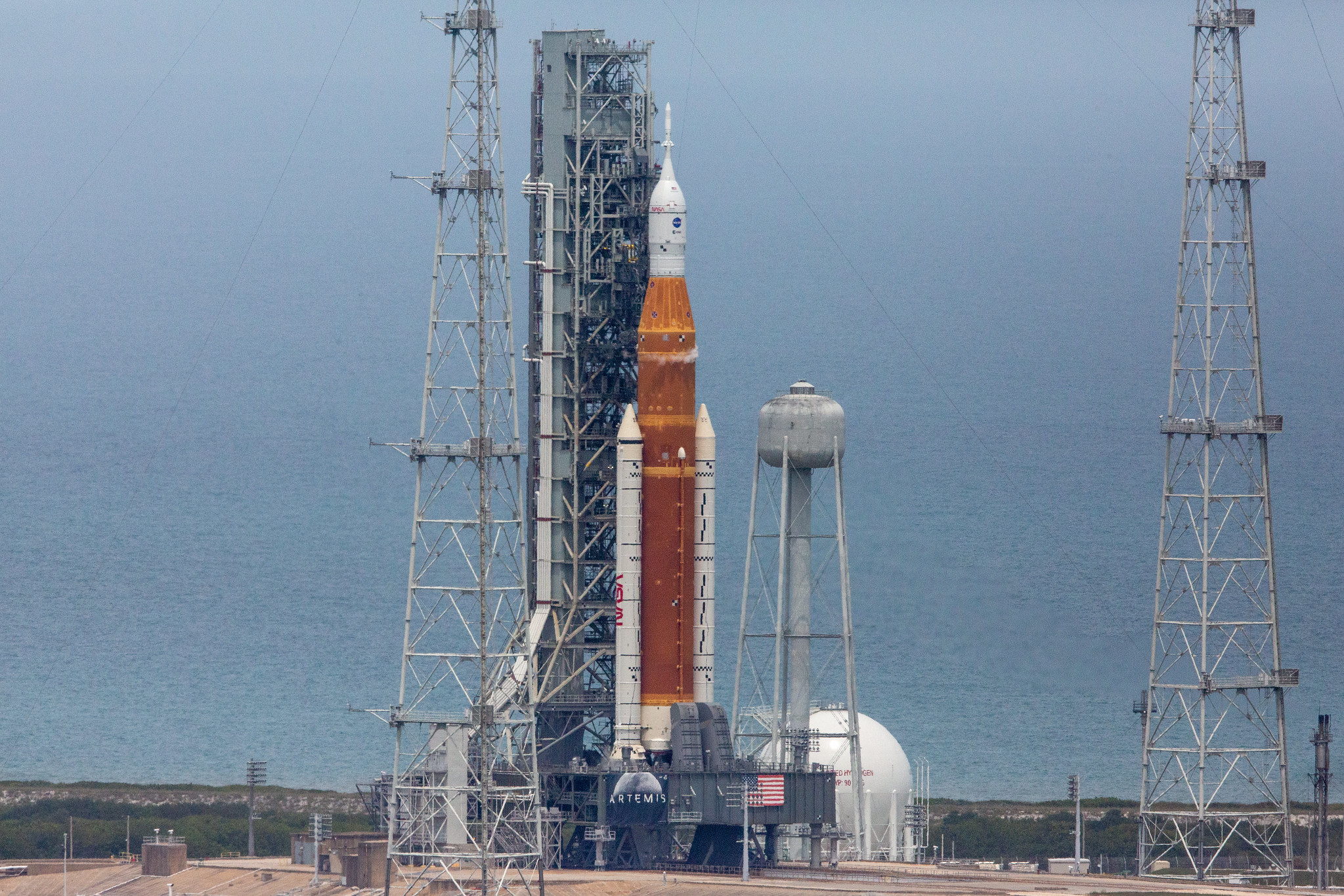 NASA will roll its Artemis 1 moon rocket off the launch pad early next week, if all goes according to plan.

The Artemis 1 stack — a giant Space Launch System (SLS) rocket topped by an Orion crew capsule — rolled out to Pad 39B at NASA’s Kennedy Space Center (KSC) in Florida on March 17 for a crucial series of prelaunch tests known as a “wet dress rehearsal.”

The wet dress began on April 1 and was supposed to wrap up about 48 hours later, with the procedure including loading the SLS with liquid hydrogen and liquid oxygen propellants and performing several simulated launch countdowns.

But a couple of technical issues, and the April 8 launch of the private Ax-1 astronaut mission from KSC’s Pad 39A, pushed things back considerably. And on Saturday (April 16), mission team members announced a decision that will delay the wet dress even more: They plan to roll the SLS and Orion back into KSC’s giant Vehicle Assembly Building (VAB) to address the issues (namely, a faulty valve in the Artemis 1 stack’s mobile launch tower and a hydrogen leak in one of the “umbilical” lines connecting the tower to the rocket).

The rollback will also allow a vendor that supplies KSC with gaseous nitrogen to upgrade its systems, a change that will ultimately benefit the Artemis 1 wet dress and other activities at the center, mission team members said.

Saturday’s announcement didn’t include any proposed timelines, but we got one today (April 18): Although the Artemis 1 team is still analyzing data and mapping out next steps, the plan is to roll back to the VAB early next week.

“We’ll set a time for the roll as we get closer and we get through some of this work based on the weather and some other things, just seeing how the schedule lays out,” Charlie Blackwell-Thompson, Artemis launch director with the NASA Exploration Ground Systems program at KSC, said during a call with reporters today. “But currently, Tuesday [April 26] is the timeframe.”

It will likely take the rocket about 12 hours to get back to the VAB, if last month’s rollout from the cavernous facility is any guide. It’s unclear how long the Artemis 1 stack will stay in the building, because the mission team isn’t yet sure how much work they plan to do in there.

For example, they may decide to limit their activities to the minimum required to get the wet dress done, Blackwell-Thompson said. Or the team may end up doing more work, making modifications that will help Artemis 1’s SLS and Orion get ready for their actual launch, which will send the capsule on an uncrewed trip around the moon.

But the team will definitely finish what they started on April 1.

“We’ll absolutely go back out [to the pad]; we’re absolutely going to do a wet dress rehearsal,” Tom Whitmeyer, deputy associate administrator for common exploration systems development at NASA headquarters in Washington, said during today’s call. “It’s just a matter of what’s the right time, what’s the right way to do that.”

NASA had been aiming to launch Artemis 1 as early as mid-June. But that window will be hard to hit given the coming rollback, agency officials said today; we’re unlikely to see a liftoff before July.