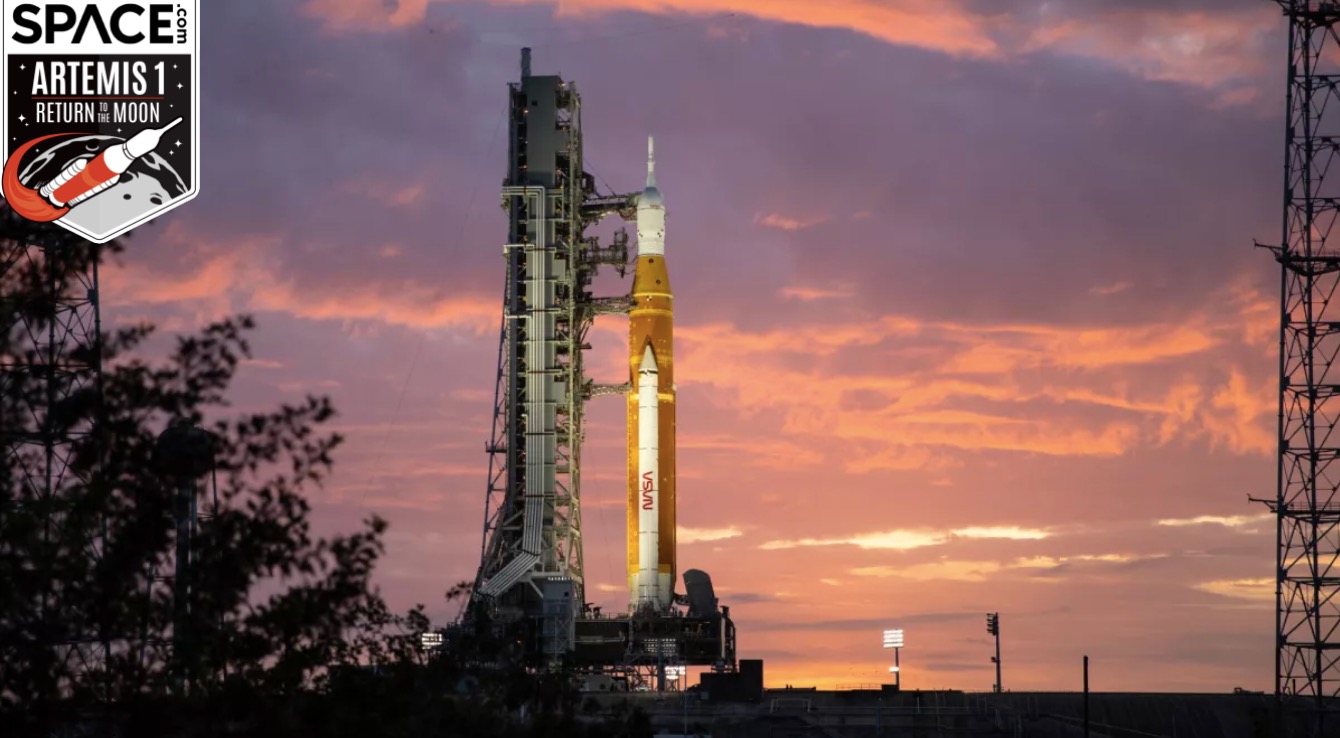 NASA is counting down for its second launch attempt of the Artemis 1 moon mission, a critical test flight of the agency’s new Space Launch System (SLS) megarocket and Orion spacecraft. The mission will lift off from Pad 39B here at NASA’s Kennedy Space Center today (Sept. 3) at 2:17 p.m. EDT (1817 GMT).  You can watch it launch live online starting at 12:15 p.m. EDT (1615 GMT).

Today’s launch attempt comes on the heels of one on Monday (Aug. 29), which NASA called off due to an engine cooling issue that was ultimately traced to a bad sensor. NASA engineers also had to fix a fuel leak on the SLS rocket and solve a vent valve issue in that attempt, too. Now, the agency is ready to fly again.

“There’s no guarantee that we’re going to get off on Saturday, but we’re going to try,” Mike Sarafin, NASA’s Artemis 1 mission manager, told reporters on Thursday (Sept. 1). “The technical teams have put in a tremendous amount of work in a very short amount of time to get us here.”

NASA’s new journey to the moon

Artemis 1 is NASA’s first trip to the moon with a crew-capable spacecraft since the years of Apollo. It will fly on the 32-story SLS megarocket, NASA’s most powerful rocket ever, and the Orion space capsule, a next-generation spacecraft to fly astronauts in deep space. SLS and Orion are the foundation of NASA’s Artemis program, which aims to return astronauts to the moon by 2025.

The Artemis 1 mission is years behind schedule (it was supposed to fly in 2017) and billions over budget (NASA spent $40 billion on Artemis through 2020, according to a recent NASA Inspector General report). It is also a test flight, one designed to push the Orion spacecraft to its limits and demonstrate, once and for all, that NASA’s mighty new rocket and spaceship are ready to carry astronauts.

“This is a brand-new rocket,” NASA Administrator Bill Nelson said after the first launch attempt. “It’s not going to fly until it’s ready.”

The primary goals of Artemis 1 are to show the SLS rocket can launch Orion off Earth. Also critical is the Orion spacecraft, which is built by Lockheed Martin with a service module from the European Space Agency. NASA and ESA want to make sure Orion can support astronauts during moon trips, and then survive the fiery plunge back to Earth at speeds of up to 25,000 mph (40,000 kph) and temperatures of up to 5,000 degrees Fahrenheit (2,800 degrees Celsius).

Orion is also carrying a host of biological experiments to study the impact of deep-space radiation on astronauts, including three mannequins equipped with hundreds of sensors. There are 10 small cubesats on Artemis 1 as well. Some will study the moon while others are designed to test technologies for deep-space exploration.

“Artemis 1 is the first test flight in a series of increasingly complex missions,” Sarafin said. “With Artemis 1, we are buying down the risk on the crewed flight, which is the next mission.” That coming crewed flight, called Artemis 2, is slated to launch in 2024 if all goes well with Artemis 1, NASA has said. The crewed lunar landing would follow on the Artemis 3 mission a year or so later.

Orion will make a long, wide orbit of the moon during its 37-day flight on Artemis 1. It should splash down in the Pacific Ocean off the coast of California on Oct. 11.

But first, the rocket has to lift off. NASA will begin fueling the SLS rocket with its 730,000 gallons (2.8 million liters) of super-cold propellant at about 5:45 a.m. EDT (0945 GMT), if Mother Nature cooperates. A weather delay during Monday’s launch attempt stalled fueling for nearly an hour.

NASA currently has a 60% chance of good weather at launch time for Artemis 1. But the agency also has a two-hour window in which to fly the mission, with weather forecasts improving to an 80% chance of good conditions by its end.

If NASA can’t launch today, the agency could try again on Monday (Sept. 5), and possibly Tuesday (Sept. 6). After that, NASA would have to roll the towering SLS rocket back into its hangar to recheck critical safety gear, its flight termination system, and recharge batteries on its cubesats, among other things.

When Artemis 1 does fly, it will definitely have an audience.

Florida tourism officials have estimated the Labor Day holiday crowds for Artemis 1 to range between 200,000 to 400,000 people once visiting cruise ships are included. U.S. Vice President Kamala Harris attended the first launch try and, as chair of the National Space Council, could do so again while NASA’s webcast may potentially reach millions more.

But no one may be as eager as NASA’s launch team, especially after it has checked and double-checked the rocket for flight, according to Jeremy Parsons, NASA’s deputy manager of exploration ground systems.

“When you look the team in the eye, they’re ready,” he said.