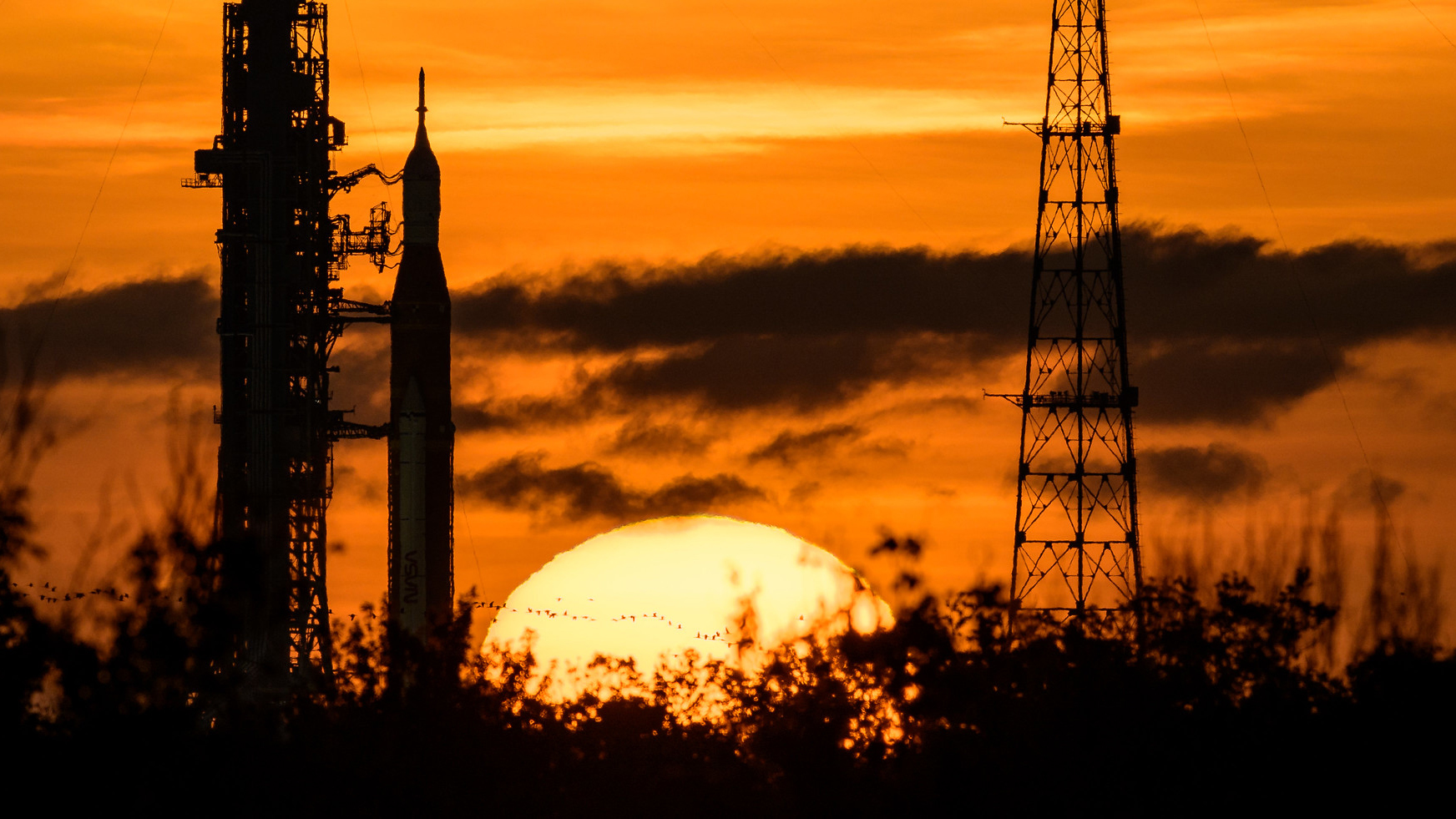 NASA’s Space Launch System rocket has made for an awe inspiring photography object as it has been waiting on a launch pad at NASA’s Kennedy Space Center in Florida ahead of its second attempt to lift off for the milestone Artemis 1 mission.

A flurry of NASA photographers captured the imposing 322-foot-tall (98 meters) Space Launch System in the days after the scrapped first launch attempt on Monday (Aug.29). NASA called off the Monday launch shortly before lift-off due to an engine cooling issue, which was later traced to a faulty sensor.

NASA engineers cleared the moon exploration rocket for a second go today. If all goes well, the rocket, with an uncrewed Orion space capsule atop, will blast off Launch Pad 39B at 2:17 p.m. EDT (1817 GMT) for a 37-day lunar test trip. You can watch it launch live online starting at 12:15 p.m. EDT (1615 GMT).

The moon rocket looks fascinating in this black and white infrared image as it sits on Launch Pad 39B at NASA’s Kennedy Space Center in Florida. NASA photographer Bill Ingalls captured this image on Friday (Sept. 2), one day before the rocket’s second launch attempt.  (Image credit: NASA/Bill Ingalls)

The Artemis 1 mission will demonstrate that crucial technologies for future human trips to the moon work as expected. NASA currently plans to return humans to the moon in 2024 with the Artemis 2 mission, and hopes for a lunar landing a year after that with Artemis 3.