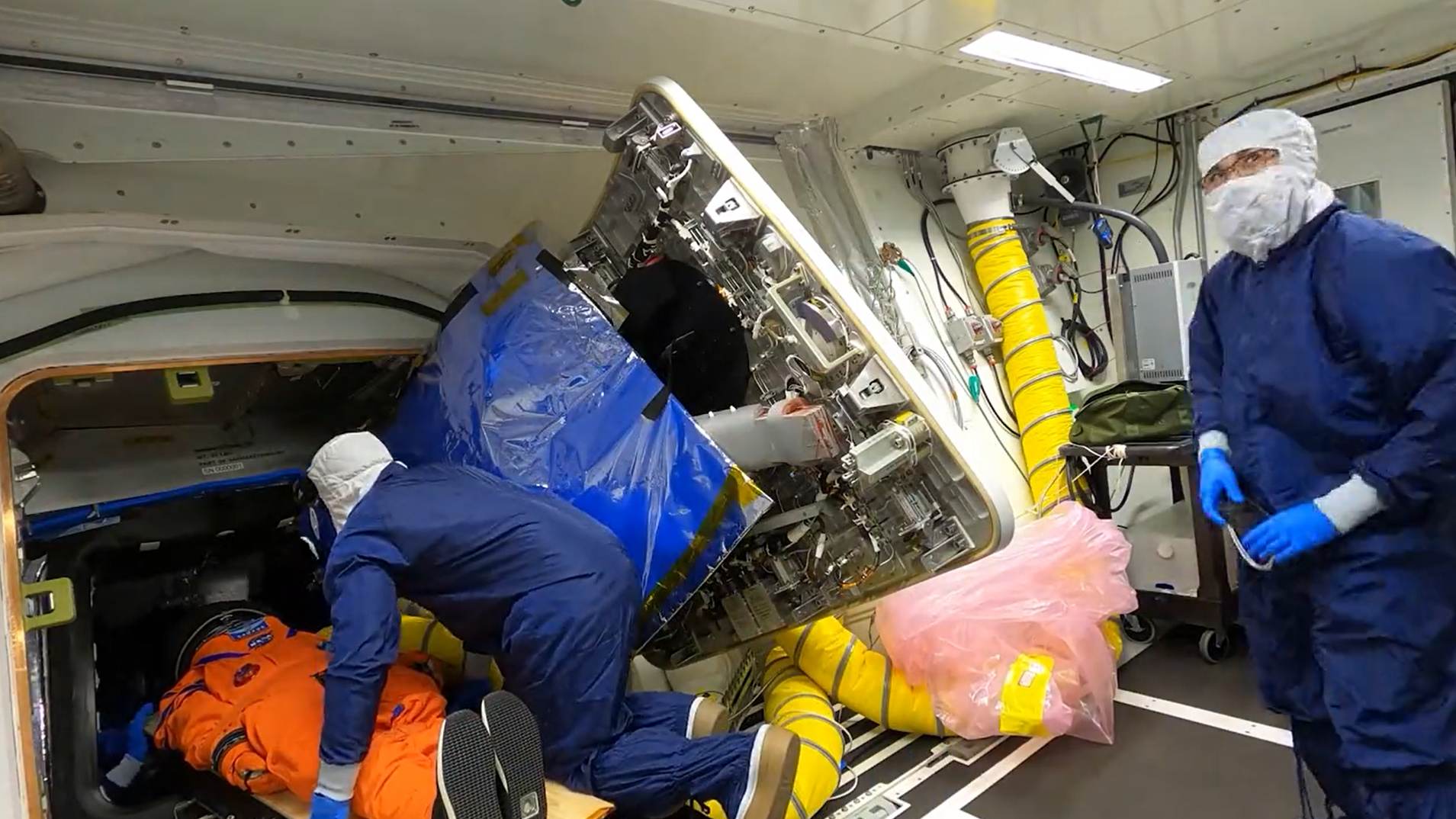 NASA has completed the next steps in the Artemis 1 mission — installing the data-gathering mannequin Commander Moonikin Campos inside the Orion spacecraft that will launch to the moon atop a brand-new megarocket.

In a tweet posted on July 27, NASA’s Exploration Ground Systems team announced that Campos has been successfully installed into the Orion Capsule — which is atop the Space Launch System (SLS) rocket for the Artemis 1 mission around the moon. Liftoff is currently targeted for Aug. 29.

Moonkin Campos — named after Arturo Campus, an electrical engineer who was a key player in bringing the Apollo 13 mission safely back to Earth — is a human-sized test dummy that is now strapped into the commander’s chair at the head of the capsule.

During the mission, Moonkin will provide NASA scientists with vital data on what future human crew members may experience during flight. Artemis 1 is NASA’s first launch test of the Space Launch System megarocket and an uncrewed test flight to the moon for NASA’s Artemis program. The data from Moonikin will help NASA prepare astronauts who will fly around the moon on the Artemis 2 mission in 2024 and the Artemis 3 astronauts who will eventually land on the moon.

Commander Moonikin Campos was installed into @NASA_Orion ahead of the launch of #Artemis I. Named after Arturo Campos, a man who was instrumental to saving the Apollo 13 crew, he will measure vibrations and accelerations that future @NASAArtemis astronauts will experience. pic.twitter.com/jBJNYps1hlJuly 27, 2022

These vital measurements will be collected by two sensors placed behind the commander’s seat and under the headrest which will record the acceleration and vibration generated throughout the mission to the moon. Campo is also equipped with two radiation sensors to measure exposure.

NASA’s Moonikin Campos will wear NASA’s new Orion spacesuit during its launch to the moon on the Artemis 1 moon mission. (Image credit: NASA)

Campos will not be alone during the Artemis 1 mission and will be accompanied by two other mannequin “passengers” — Helga and Zohar — who will be installed aboard Orion in the coming weeks. These two limbless phantom mannequins are a part of the Matroshka AstroRad Radiation Experiment (MARE), which will record data about radiation levels during the mission to the moon.

The mannequin trio is set to ascend beyond Earth’s atmosphere and head to the moon as part of the Artemis 1 mission which is targeted to launch on Aug. 29.