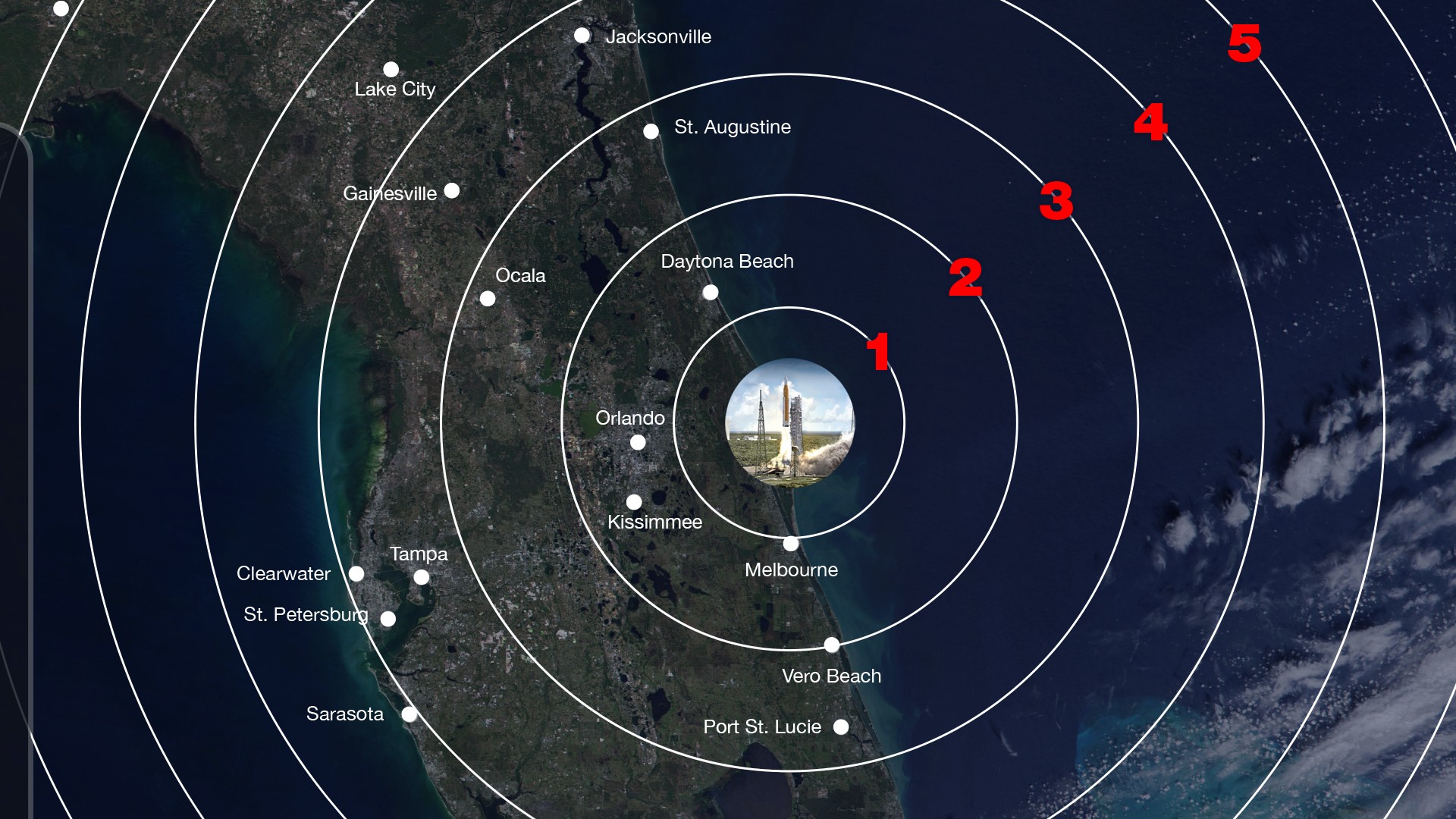 CAPE CANAVERAL, Fla. — NASA’s planned launch of the Artemis 1 moon mission will light up the skies tonight, if all goes according to plan.

The massive 322-foot (98 meters) Space Launch System (SLS) rocket carrying the Orion spacecraft will lift off during a two-hour window that opens at 1:04 a.m. EST (0604 GMT), if the current plan holds. The launch will illuminate the entirety of the Kennedy Space Center here in Florida but will also be visible for hundreds of miles around, according to a map released by NASA (opens in new tab) on Monday (Nov. 14).

The map shows that Artemis 1 will be visible streaking through the the sky from as far away as Savannah, Georgia, some 300 miles (482 kilometers) to the north. To the south, observers all the way down to Miami should be able to see the rocket, provided their skies are clear.

As seen on the visibility map released by NASA, the launch of Artemis 1 will be visible throughout Florida and into parts of surrounding states. The agency says the fiery plume of the SLS moon rocket will be visible for up to 70 seconds as it leaves Earth’s atmosphere and powers Orion toward the moon.

“The rocket and spacecraft will no longer be visible to the naked eye after reaching an altitude of 42,000 feet” (12,800 meters), according to NASA’s statement.

A visibility map released by NASA shows where and when the launch of the Space Launch System rocket will be visible. (Image credit: NASA) (opens in new tab)

When Artemis 1 does launch, it will send the Orion spacecraft on a 25-day journey to the moon and back. Along the way, the SLS vehicle will deploy 10 small satellites called cubesats, which will perform a variety of scientific experiments, some of which will pave the way for later Artemis missions.