NASA’s Perseverance rover opens a window to Mars’ watery past 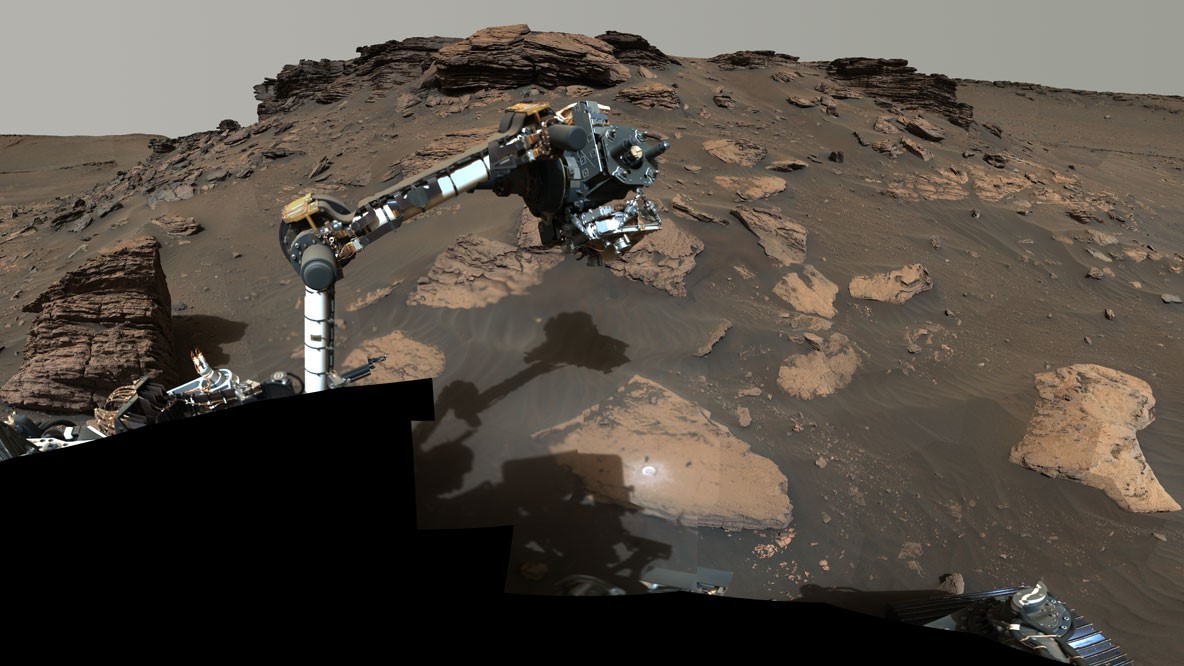 The Perseverance rover is approaching its one-year anniversary since landing on Feb. 18, 2021 — one Mars year, that is.

NASA’s newest rover has roamed multiple miles around the Red Planet’s Jezero Crater, searching for signs of ancient life and hints about Mars‘ past. The rover, part of NASA’s ambitious Mars 2020 mission, has been collecting a huge amount of information about the Martian surface and its rocks, and today the team behind the Perseverance rover published three new research papers detailing their findings so far.

The data reveal a “story of fire and water” in Mars’ history according to Briony Horgan, a planetary scientist at Purdue University in Indiana and co-author on one of the new studies.

Perseverance is NASA’s most advanced rover yet, and can study Martian rocks in greater detail than any predecessor. Its suite of instruments includes Mastcam-Z, the “eyes” of the rover that allow it to study rocks at a distance, as well as SHERLOC and PIXL, two pieces of tech that perform X-ray and ultraviolet spectroscopy, which analyze in detail the make-up of rocks and minerals.

“These papers demonstrate the power of the Mars 2020 payload,” Horgan told Space.com. “By studying the geology of Jezero crater from outcrop [large] scales with Mastcam-Z all the way down to individual grains with PIXL and SHERLOC, we’ve been able to piece together the complex history of the crater floor.”

For decades, satellites like the Mars Reconnaissance Orbiter have been scouting the Martian surface for interesting places to explore. The area around Perseverance’s landing site in Jezero Crater is particularly interesting to astronomers, since they suspect it used to be a river delta that emptied into a lake contained within the crater itself.

Water has been a long-standing point of interest on Mars, from Mariner 9‘s first images of the water-carved canyon of Valles Marineris in the 1970s to direct evidence of water ice dug up by landers like Phoenix in 2008 and beyond. Humans are naturally obsessed with water, since it’s such a key ingredient for life — whether that’s finding alien life or supporting our own during human space travel. Although it’s well-established that Mars had some water at some point, planetary scientists are still trying to figure out the details of the timeline and just how much water was flowing.

“By landing at Jezero, we’re studying rocks that are much older than at other previous landing sites, which is helping us understand the most ancient times in Mars history, when we think it was the most habitable,” Horgan said. “Our data confirms that water was everywhere!”

The rover found a combination of iron-rich minerals, like olivine and pyroxene, which are usually found in volcanic rocks, plus versions of the minerals that had been altered by water and brine, like hematite. The chemistry of these minerals tells a story of flowing lava that encountered water multiple times. The first time water flowed, it was warm — and later, the water was salty. This water could have taken the form of lakes, or maybe even groundwater flowing through the rocks.

“The results from these studies demonstrate the unique capabilities of the Perseverance rover,” agreed Schuyler Borges, a planetary scientist at Northern Arizona University who studies Martian analogs on Earth and who is not involved with the Perseverance team. They’re particularly excited about the fact that water appears multiple times in Mars’ past, since more water means “more opportunities for life to be involved if it exists,” they told Space.com.

Perseverance also carried two “bonus missions” with it to demonstrate new technologies: the MOXIE experiment to create oxygen from the Martian atmosphere and the Ingenuity helicopter. Although Ingenuity was originally meant to just prove that human tech can fly on another planet, it has evolved “from just a successful technology demonstration to a helpful bird’s-eye-view science scouting companion to the rover,” said Corrine Rojas, an engineer on the Mastcam-Z Camera at Arizona State University.

Data from the rover’s observations of the Ingenuity flights even provided the team with more information on how dust from the Martian surface moves — some exciting “bonus science,” as Rojas called it, mentioned in these new studies.

This is just the beginning for Perseverance, and it’s even been prepping for the more distant future by storing samples of rock as it traverses the Martian surface. One day, NASA and its European counterpart plan to retrieve those samples and bring them back to Earth for further study.

“We’ve learned so much,” Horgan said of the mission so far. “But of course the huge advances will come when we bring these samples home!”