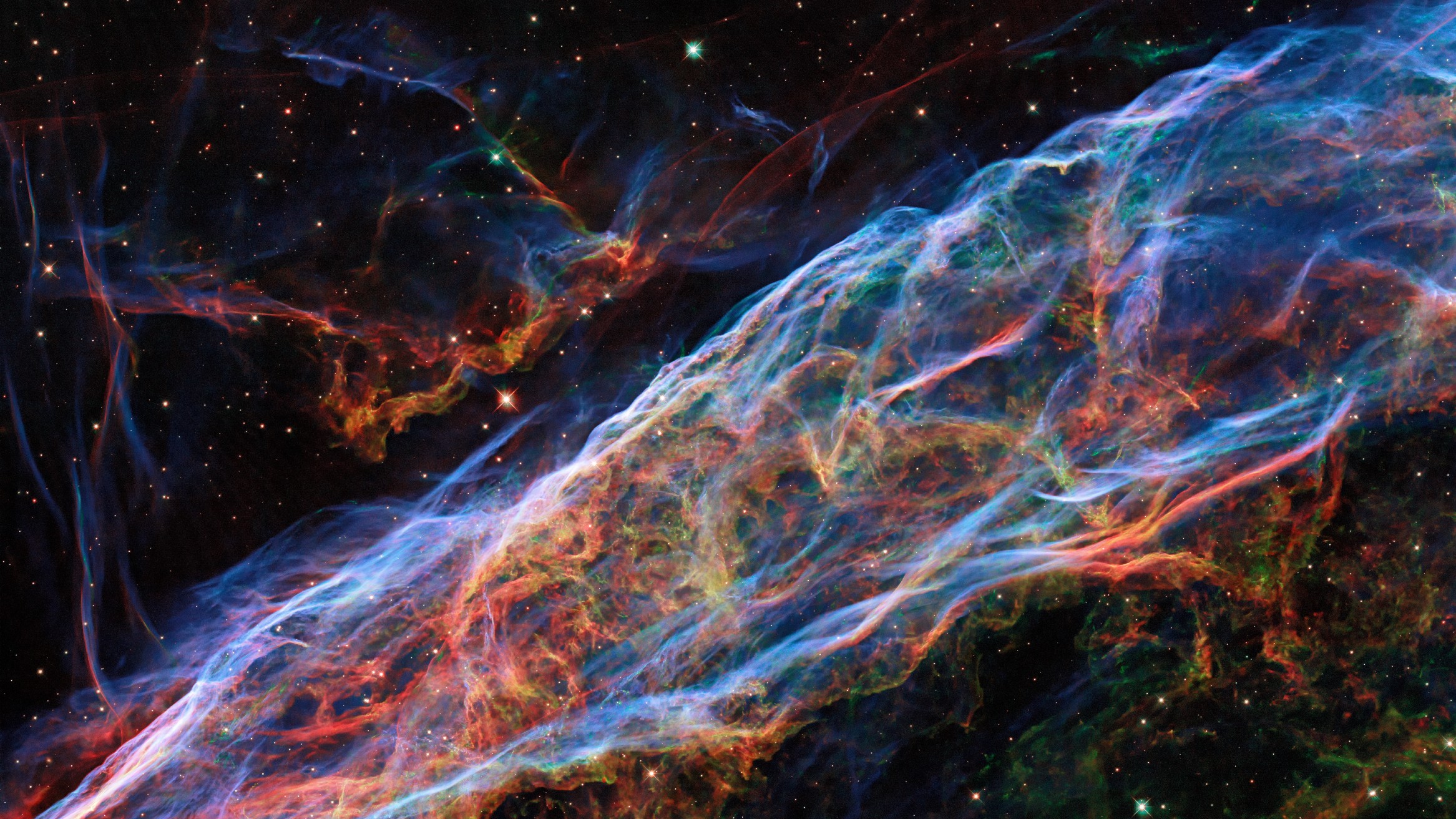 Nebula is a Latin word meaning “cloud”, but in an astronomical context, it refers to any celestial object which appears cloud-like when viewed through a telescope.

When telescopes weren’t as powerful as they are today, this term encompassed galaxies such as our neighbour Andromeda, which was often referred to as the “Andromeda nebula”.

However, with the benefit of modern telescopes we know that galaxies aren’t cloud-like at all, but made up of billions of stars. This means astronomers now reserve the word nebula for genuine clouds — of gas and dust — located inside our own galaxy.

Related: What is the Eagle Nebula?

Where are nebula located?

Nebula are often found in the space between stars, known as the interstellar medium. On average, this region contains only around one atom per cubic centimetre. However, in certain places the density can be significantly higher than this ⁠— high enough to become visible through a telescope.

The result is what we call a nebula, and they are among the most spectacular sights in astronomy. In fact many of the most iconic Hubble telescope images, such as the “Pillars of Creation”, are images of nebula.

An image of the “Pillars of Creation” in the Eagle Nebula taken by the Hubble Space Telescope. (Image credit: NASA, ESA, and the Hubble Heritage Team (STScI/AURA)) (opens in new tab)

There are several different types of nebula, depending on how they form and their composition. Most nebula are primarily made of gas, which is able to glow with its own light, creating the colorful displays with which we are familiar .

But other nebula ⁠— such as the so-called “dark nebula” ⁠— are much dustier in their composition, and rather than glowing this dust has the effect of blocking the light from more distant objects beyond it.

What are the different types of nebula?

A diffuse nebula with ongoing star formation, the gas here is hot enough to glow with its own light.

Another type of diffuse nebula, a reflection nebula doesn&#x2019;t emit its own light, but scatters light from embedded stars.

This is composed of expanding gas that was blown off by a star as it collapsed to a white dwarf.&#xA0;

Exactly as the name says, this is all that remains of a star that has exploded as a supernova.&#xA0;

A giant cloud of dust that blocks light from anything beyond it, looking like a &quot;hole in the sky&quot;.

The relationship between nebula and stars

Nebula play a key role in the life cycle of stars, both at their birth and death. Stars are born in dense clumps of gas, dust, and other material inside diffuse emission nebulae, also frequently referred to as “stellar nurseries”.

Hubble’s Pillars of Creation is in this category, as is the famous Orion Nebula ⁠— which you may well have seen for yourself through binoculars or a small telescope.

The principal force at work here is gravity, which causes the tenuous interstellar medium to condense into a nebula, and gravity that causes clumps inside the nebula to collapse down into stars.

At the other end of a star’s life, we encounter a different type of emission nebula. Stars like the sun end their lives as highly compact white dwarfs, but as they shrink down into this phase they release clouds of gas which form a so-called “planetary nebula”. This is a rather misleading name, because such nebula have nothing to do with planets.

Unlike diffuse emission nebula, these have a more clearly defined appearance, usually circular in shape, which reminded William Herschel of a planet when he first observed them in the 1780s.

Not all stars end their days in the relative serenity of a planetary nebula. A star that’s much more massive than the sun will eventually explode as a supernova, and the debris flung out from that explosion forms yet another kind of nebula called a supernova remnant. The most famous of these is the Crab Nebula, which is all that remains of a spectacular supernova that was observed by Chinese astronomers in 1054.

To capture the spectacular nature of nebulae, telescopes — such as the Hubble Space Telescope and the James Webb Space Telescope ( JWST) — use infrared radiation emitted by nebulae to create an image.

The visible light emitted by stars forming in and around a nebula can be blocked by the dense cosmic clouds of gas and dust that make up a nebula. Therefore, scientists must look to other wavelengths of light that are emitted from the nebula, such as infrared radiation.

Infrared cameras onboard the JWST have relieved some of the most detailed images of nebulae, such as the Southern Ring planetary nebula. The Southern Ring nebula — also known as NGC 3132 — is around 2,500 light-years away from Earth and home to a dying star at its core.

Using its Near-Infrared Camera (NIRCam) and the Mid-Infrared Instrument (MIRI), the JWST has captured one of the most detailed images of the nebula. In the two images above, JWST has captured layers of gas and dust within the Southern Ring Nebula. Each layer has been created by the expulsion of cosmic matter from the central dying star.

« Fauci expects to retire by end of Biden’s current term » Data points to a Bitcoin bottom, but one metric warns of a final drop to $14K