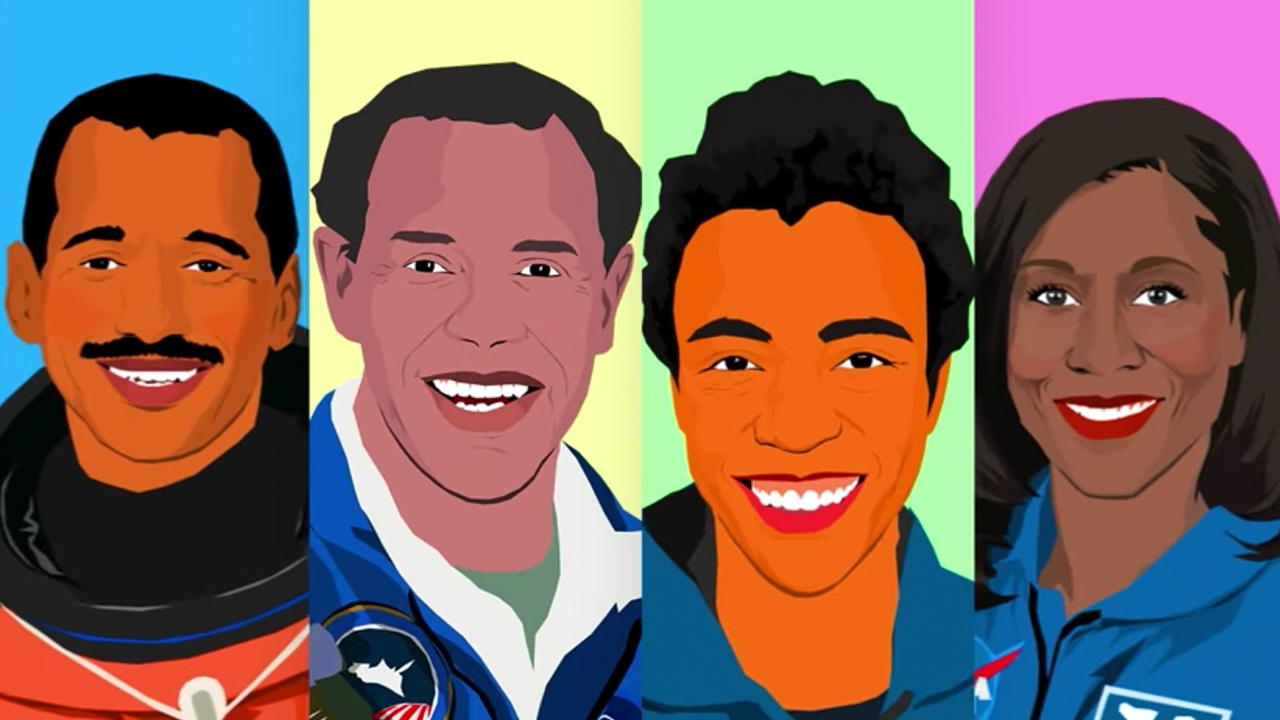 The 50-minute documentary will be available to watch starting at 12 p.m. EDT (1700 GMT). You can catch it in the video above, or on NASA TV, the NASA app, NASA social media channels, and the agency’s website (opens in new tab).

A free, in-person screening will also take place at Howard University in Washington on Saturday at 7 p.m. local time; details on registration and activities are available at this website (opens in new tab).

“Anchoring the documentary is a powerful and thought-provoking conversation between seven current and former Black astronauts, each of whom were selected to become part of NASA’s astronaut corps and train for missions to space,” agency officials wrote in a Thursday (June 16) announcement (opens in new tab) about the documentary.

Juneteenth is a federal holiday commemorating the practical end of slavery in the United States. It falls on the anniversary of June 19, 1865, commemorating emancipation for 250,000 enslaved people in Texas who were freed after a Union army took over the previously Confederate-held state, according to the Smithsonian Institution. (opens in new tab)

This event happened two years after the Thirteenth Amendment of 1863 abolished most forms of slavery in the United States; Confederate states ignored the amendment throughout the Civil War, which was ongoing during this era.

The positive moment of Juneteenth, however, was followed by many difficult decades in the Black community. Some of the many examples included institutions shutting down access to forms of wealth such as home ownership and bank accounts, the Jim Crow era of so-called “separate but equal” facilities leading to long-term underfunding in Black communities, violence and threats against Black individuals, and other forms of systemic racism persisting into the present.

NASA astronaut Jessica Watkins talks to family and friends as she and her Crew-4 crewmates head to Launch Pad 39A at NASA’s Kennedy Space Center in Florida ahead for their launch to the International Space Station on April 27, 2022. (Image credit: Joe Burbank/Orlando Sentinel/Tribune News Service via Getty Images)

The documentary includes numerous Black figures within NASA commemorating the achievements of Black people in space exploration. It also premieres during a historical moment for the Black community, as Jessica Watkins is conducting the first long-term stay by a female Black astronaut on the International Space Station.

Melvin has spoken out before about the racism he faced as a young football player and how, if things had gone differently, he might have ended up in prison instead of at NASA.

These astronauts “spoke about their journeys and their motivations” during a March 25 event at Space Center Houston, NASA said. The panel was moderated by NASA Johnson Space Center director Vanessa Wyche, the first Black woman to lead a NASA center.

(Bluford was the U.S.’s first Black astronaut in space but didn’t fly until 1983, even though the space program started flying people in 1961.)

In a 2020 Space.com interview, Bolden discussed the systemic racism he faced throughout his career, and among many other measures, called for more representation in the astronaut office by both “women and minorities.”

The contributions of Black Americans to the space program extend back decades. The “Hidden Figures”, who were Black engineers and mathematicians at NASA in the 1950s and 1960s, made crucial contributions to the early years of the agency.