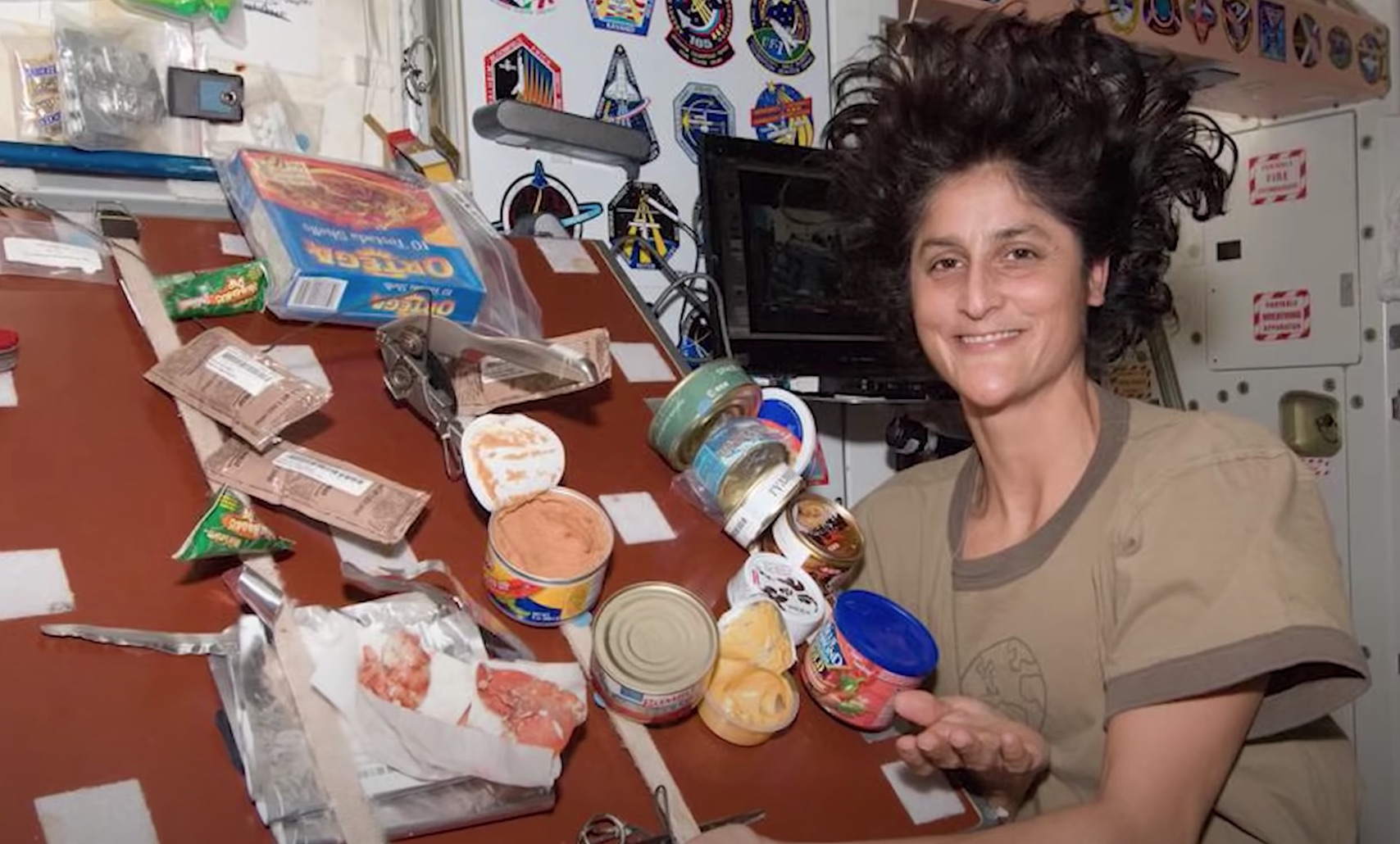 May is Asian American and Native Hawaiian Pacific Islander Heritage Month, and the cultural celebration isn’t restricted to life here on Earth — it’s also marked high above the planet, on the International Space Station (ISS).

In a newly released video titled “What’s on the Menu? Food and Culture on the Space Station,” NASA provides an exploration of diverse food and culture aboard the ISS, showing how astronauts share stories and memories centered around daily mealtimes.

Bring your appetite and join NASA astronaut Sunita “Suni” Williams, whose father was born in India before coming to America, and International Space Station Food Scientist and System Manager Xulei Wu, a first-generation Asian American originally from China, who give us a tour of the ISS kitchen and tell us what’s cooking in space.

“Food in the Indian culture is super important,” Williams explains in NASA’s hunger-inducing video. Mealtime “is the time, of course, when everybody gathers, but it means so much to have somebody prepare food for somebody else and give it to them as a gift.

“When I realized there were Indian dishes on the standard [ISS] menu, I was pretty excited, because this is something that I’ve eaten for my whole life and grew up with, and in particular remind me of when I was a kid at home with my family,” she added.

As we learn more about how NASA astronauts rehydrate, warm, and consume food in orbit, Xulei Wu lists off some of the more exotic items on the menu for astronauts that reflect the many cultures that come to stay and work on the space station.

“On the standard menu there are about 10% main dishes that are inspired by Asian culture,” she notes. “They bring a unique flavor profile and allow ways to compensate for the low sodium requirement we have to meet. This adds to the variety of the food system.

“There is a popular Chinese proverb, ‘min yi shi wei tian,’ which means that food is most important to the people. Food is always present in our traditions, in any forms of rituals, ceremonies and celebrations,” she says in the video.

« GameFi-NFT, Monopoly Millionaire Game, Will Be Pre-Released on May 25 » Elon Musk suggests charging governments and corporations a ‘slight cost’ to use Twitter