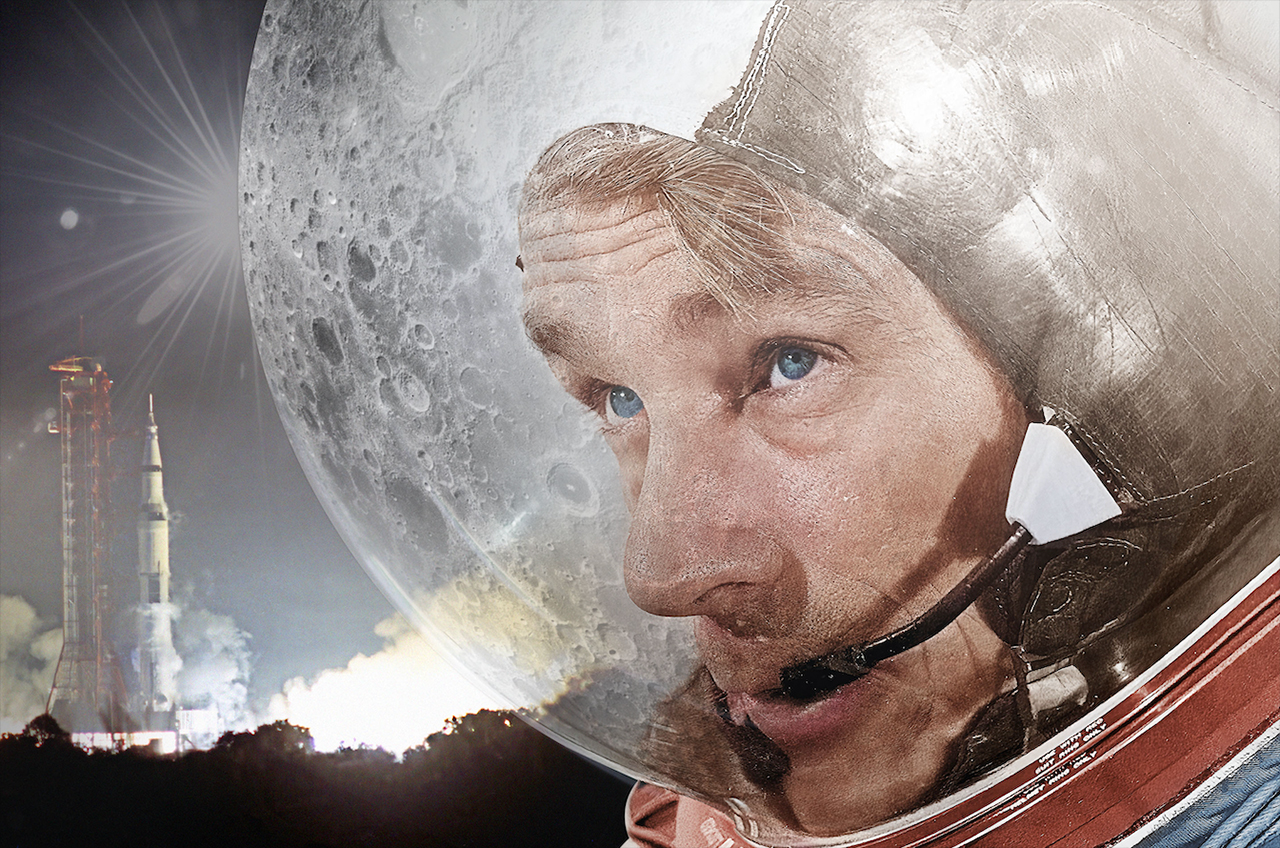 “The Last Man on the Moon” is returning this December for the 50th anniversary of NASA’s last lunar landing — with new advice for the next.

The filmmakers behind the 2014 award-winning documentary have announced the upcoming debut of their new short-format edition with a new focus on the Apollo 17 mission, its crew and those who supported humanity’s most recent journey to the lunar surface. The film now includes astronaut Gene Cernan’s never-before-heard words to the members of the Artemis Generation, the next people to leave their bootprints on the moon.

“The starting point is the last act of the original film,” said Mark Craig, director of “The Last Man of the Moon (opens in new tab),” in an interview with collectSPACE.com. “The original seems to be a favorite for many space fans and was certainly a special experience for those that worked on the project.”

“Gene Cernan was an extraordinary and generous man,” he said.

“The Last Man on the Moon,” which premiered three years before Cernan’s death at the age of 82 (opens in new tab), shared the naval aviator-turned-NASA astronaut’s “epic tale” of how he came to fly to the moon twice and lead the final exploration of its surface to date. On Dec. 14, 1972, Cernan stepped off the moon (opens in new tab), becoming the 12th and last person to leave his bootprints in the lunar soil.

“We wanted to do something unique to celebrate our friend, the full crew and the mission,” said Keith Haviland, producer and chief executive of Haviland Digital. “There was a gold mine of modern-day filmed material and archive not used in the original feature documentary (opens in new tab). So, we reworked the launch sequence, added more on the lunar EVAs [moonwalks] — including dealing with a broken fender on the rover — and on the return to Earth, and how that felt.”

The filmmakers also look forward, turning to the astronauts who are following in Cernan’s footsteps and who will invalidate his status as the “last man” on the moon.

“Remarkably, we have Gene’s words to those next moonwalkers (opens in new tab), never before heard,” said Haviland. “Part of it is about the questions he wanted to ask them. He also wanted to inspire, saying that with new tech, the next generation cannot only equal the achievements of Apollo, but go much further.”

“We wanted to absolutely start with our friends at Space Center Houston from December onwards. We have had some great successes with previous premieres there and it’s a place to educate, inspire and entertain across generations,” said Haviland. “The film is much more than just a celebration of a moment, so we are also looking at other institutions and streaming options.”

In addition to Haviland, “The Last Man on the Moon — Apollo 17” is produced by Gareth Dodds and executive produced by Mark Stewart.

« Apple explains what ‘Clean Charging’ is for iOS 16.1 – but it’s US only for now » This Mars meteorite contains a toxin that makes pigs vomit (and humans, too)