Orion telescopes and binocular deals you can get now 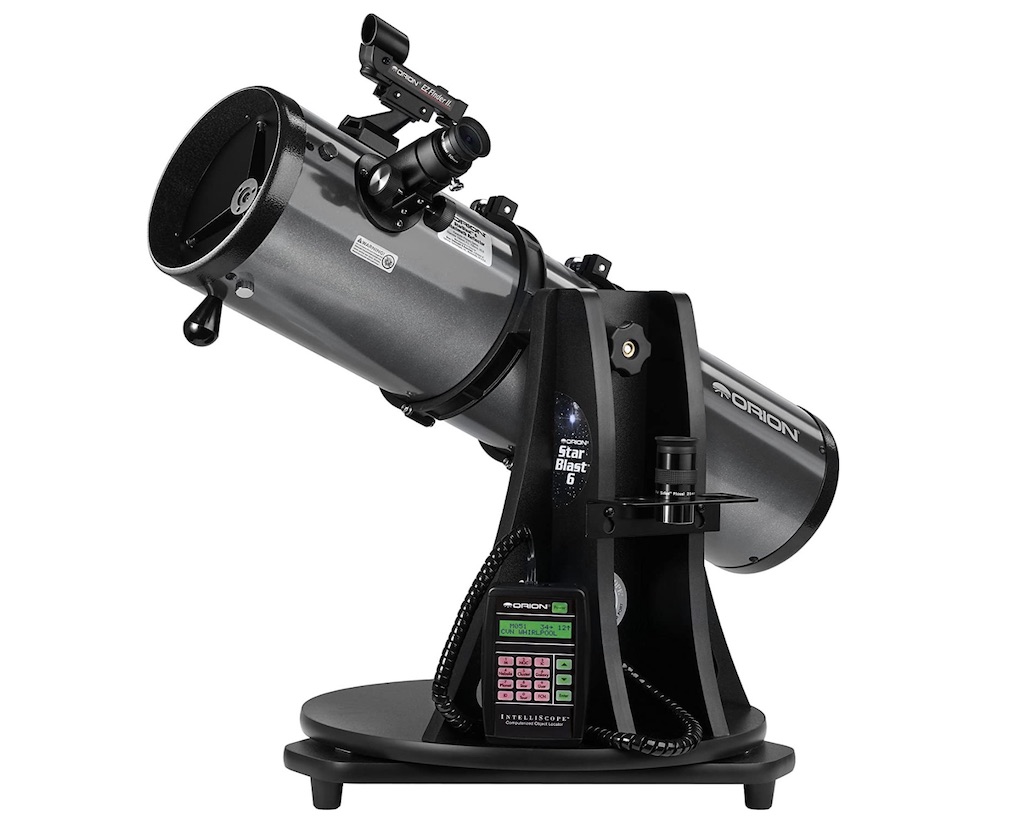 If you’re looking for the best Orion telescope and binoculars deals then you’ve come to the right place. We’ve searched the internet, scoped out the biggest discounts on Orion models and put them all in this handy guide.

Orion are a widely-known and trusted name in the world of optics and are responsible for some of the best telescopes on the market. This guide highlights all the best telescope deals and binoculars deals Orion has to offer. The optics maker has a wide range of models on the market, meaning there’s an Orion telescope and binocular deal to suit every level of astronomer and every budget.

When people think of astronomy, telescopes are normally one of the first things that come to mind. But they’re not the only way to view the night sky, in fact Orion make some of the best binoculars on the market. Binoculars aren’t normally as powerful as telescopes but they can offer tremendous stargazing views and are often a cost-effective alternative.

Despite being a tried and trusted name in the world of optics, there are other top brands out there. Be sure to check out our brand-specific guides for Celestron, Meade Instruments, Vixenand Sky-Watcher deals. However, if it’s Orion telescope and binoculars deals you’re after, read the handy guide below.

Which Orion telescope should you buy?

When it comes to the best Orion telescope and binoculars deals, experience is irrelevant. The range of Orion products on the market to suit everyone from first timers to seasoned astronomets is impressive and that means you should be able to find a discount on whatever type of telescope you’re looking for. If you’re looking for something easy to use and to give you an effective viewing experience, the Orion Observer II 60 mm telescope (opens in new tab) is less than $100. If you’re a serious skywatcher and want to splash the cash then the Orion SkyQuest XX16g GoTo Dobsonian for $4,000 is a great option (although it’s hard to find in stock at the moment).

When it comes to astrophotography, Orion’s series of astrographs lead the market too. Again, there’s something for everyone and every budget, as those looking to get the best images possible while saving every penny can opt for a reflector whereas Ritchey-Chrétien models are available if you’re looking to make an investment too.

If your budget falls around $100, we recommend the Orion SpaceProbe II 76 mm (opens in new tab), which provides good views of the moon’s surface, planets and brighter galaxies and nebulas. A massive advantage to owning this instrument is the ease in which it can be assembled, allowing skywatchers to get observing within minutes.

However, if you’re a beginner looking for more detailed views of deep-sky targets then you’ll want a telescope with a larger aperture. If you’re willing to invest a little more in your telescope then something to consider is the Orion StarMax and Orion SkyQuest XT lineup of telescopes for great contrast and clarity through the optical system. It’s worth reminding that the larger the aperture, the higher the price tends to be.

Heading into hobbyist territory, skywatchers often look to invest more in a telescope — especially when it comes to upgrading. For intermediate skywatchers, who have experience with advanced equatorial mounts and don’t require the assistance of a computerized setup, we recommend the Orion AstroView 120ST EQ refractor or the Orion StarMax 127 mm for breathtaking views of the solar system and deep sky.

The computerized telescope, also known as a GoTo, isn’t aimed at any particular level of experience and is enjoyed by beginners and seasoned skywatchers. If you would rather have the telescope do all of the tracking and aligning for you, and at the touch of a button, then the Orion StarSeeker IV 150 mm GoTo is a worthy investment alongside the Orion SkyQuest XX 12i IntelliScope Truss Dobsonian. You should look to spend between $500 and $4,500 on one of these revolutionary instruments, depending on the size of the telescope’s objective lens or mirror.