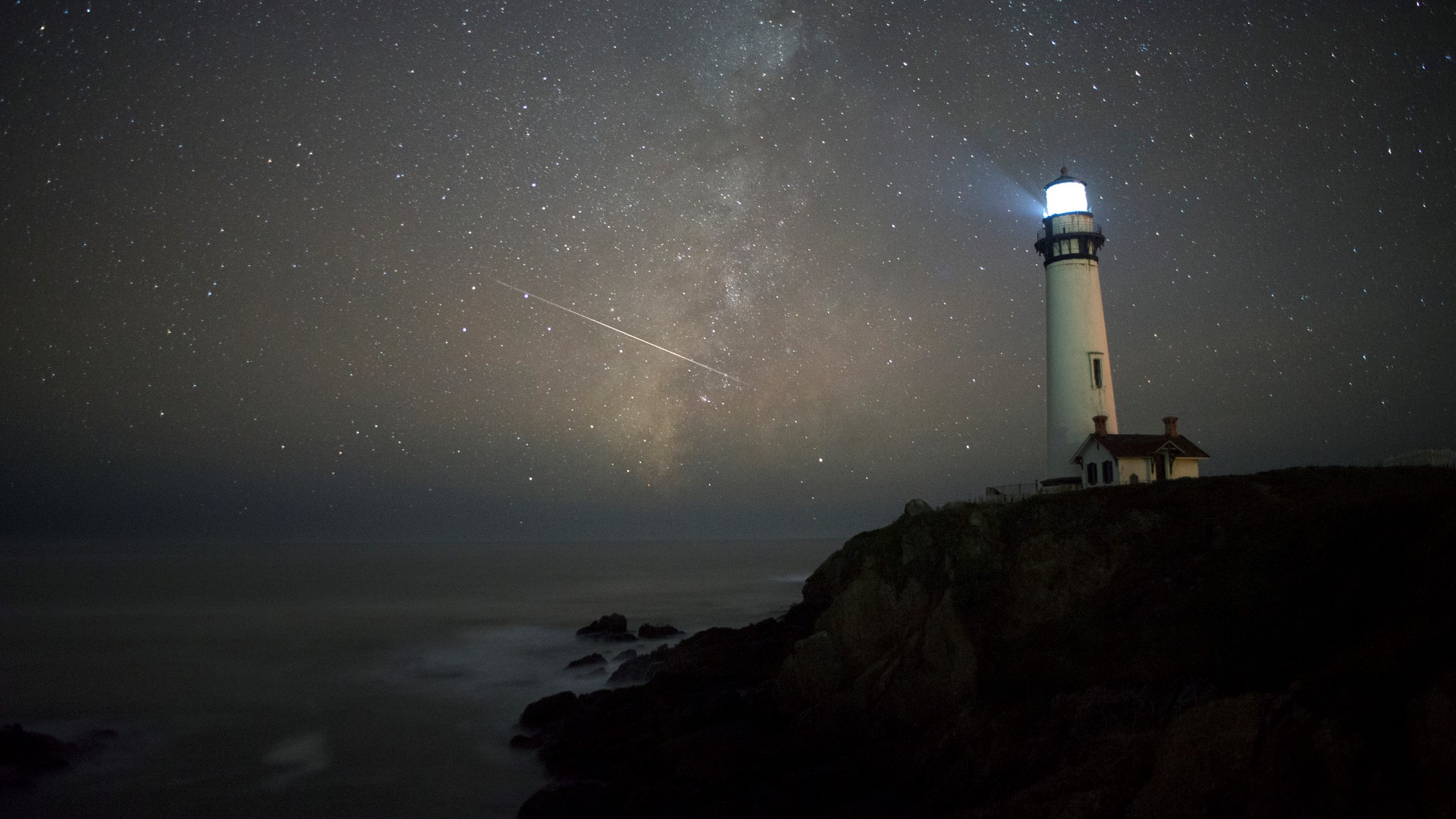 The Orionid meteor shower will peak between Oct. 21 and Oct. 22 and will remain active until early November.

Viewing conditions for the Orionids are favorable this year with relatively little moonlight getting in the way of spotting the streaking meteors. Sometimes the Orionid meteor shower produces spectacular displays of up to 80 meteors an hour, but in recent years it has produced more modest displays of about 20 or 30 visible meteors per hour.

The Orionid meteor shower is produced when Earth passes through the debris or ice and dust left behind from Comet 1P/Halley, more commonly known as Halley’s Comet.

Daisy joined Space.com in Feb. 2022. Before that, she worked as a staff writer for our sister publication All About Space magazine. Daisy has written numerous articles and guides for notable skywatching events including the Perseid meteor shower, the next solar eclipse and the next lunar eclipse.

The Orionids are the second meteor shower in the year created by Halley’s Comet, the Eta Aquarids in May are also created by the famous comet.

The meteors that streak across the sky are some of the fastest among meteor showers because Earth is hitting the stream of particles from Halley’s Comet almost head-on.

Where can you see the Orionid meteor shower?

Orion is located on the celestial equator and can be seen throughout the world. (Image credit: Eerik via Getty Images) (opens in new tab)

Visible between: Latitudes 85 and minus 75 degrees

The Orionids are visible to skywatchers in both the Northern and Southern Hemispheres (weather permitting of course).

Meteor showers are named after the constellation from which the meteors appear to emanate, known as the radiant. From Earth’s perspective, the Orionid meteor shower appears to come approximately from the direction of the Orion constellation.

Don’t look directly at Orion to find meteors, as the shooting stars will be visible throughout the sky. Make sure to move your gaze around the nearby constellations as meteors closer to the radiant have shorter trains (glowing trails of debris) and are more difficult to spot. If you only look at Orion you might miss the more spectacular Orionids.

Astrophotographer Jeff Berkes snapped this amazing photo of an Orionid meteor streaking above a lake in Elverson, Pennsylvania, on Oct. 22, 2011, during the peak of the annual Orionid meteor shower. (Image credit: Jeff Berkes) (opens in new tab)

To best see the Orionid meteor shower, go to the darkest possible location, lean back and relax. You don’t need equipment like telescopes or binoculars as the secret is to take in as much sky as possible and allow about 30 minutes for your eyes to adjust to the dark.

A red flashlight, warm clothing, a hot drink and a comfortable chair are useful during a night of meteor-hunting.   (Image credit: Future) (opens in new tab)When is the best time to view the Orionid meteor shower?

The best time to view the Orionid meteor shower is between midnight and dawn when the shower’s radiant, the Orion constellation, is high in the sky.

The Orionids are active from Oct. 2 until Nov. 7 according to timeanddate (opens in new tab) and will peak between Oct. 21 and Oct. 22.

This year, the new moon on Oct. 25 will provide dark skies that are perfect for meteor hunting. To calculate sunrise and moonrise times in your location check out this custom sunrise-sunset calculator (opens in new tab).

What causes the Orionid meteor shower?

The Orionids are caused by the debris of ice and dust left behind by Halley’s Comet when it passes through the solar system. According to the UK Meteor Network (opens in new tab), the meteors we see today come from debris left by Halley’s Comet hundreds of years ago as the current orbit of the comet doesn’t bring it close enough to Earth to produce meteors.

When Earth passes through the comet debris, the “comet crumbs” heat up as they enter Earth’s atmosphere producing impressive “shooting stars” that streak across the sky.

Halley’s Comet takes about 76 years to orbit the sun once and will not enter the solar system again until 2061.

The comet is named after English astronomer Edmond Halley who examined reports of comets approaching Earth in 1531, 1607 and 1682. He concluded that these sightings were all of the same comet returning over and over again. Halley predicted the comet would return in 1758. Though he did not live to see the comet’s correctly-predicted return, it was later named in his honor.

Editor’s note: If you snap a great photo of an Orionid meteor or any other night sky sight you’d like to share with Space.com and our news partners for a story or image gallery, send images and comments in to: [email protected] (opens in new tab).