Our moon has been slowly drifting away from Earth over the past 2.5 billion years 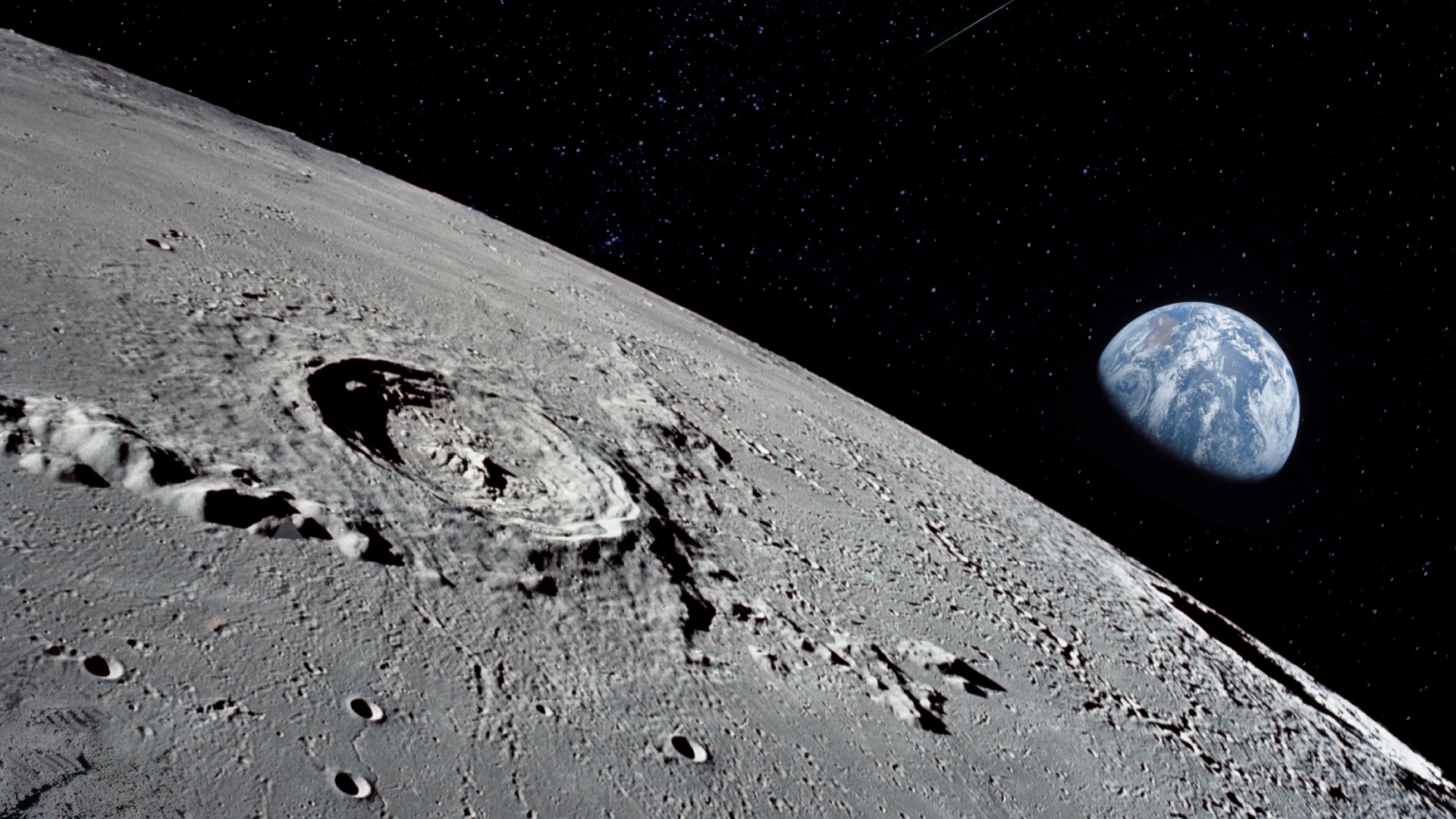 Looking up at the moon in the night sky, you would never imagine that it is slowly moving away from Earth. But we know otherwise. In 1969, NASA’s Apollo missions installed reflective panels on the moon. These have shown that the moon is currently moving 3.8 cm away from the Earth every year (opens in new tab).

We recently discovered the perfect place to uncover the long-term history of our receding moon. And it’s not from studying the moon itself, but from reading signals in ancient layers of rock on Earth (opens in new tab).

Related: How was the moon formed?

Reading between the layers

In the beautiful Karijini National Park (opens in new tab) in western Australia, some gorges cut through 2.5 billion year old, rhythmically layered sediments. These sediments are banded iron formations, comprising distinctive layers of iron and silica-rich minerals (opens in new tab) once widely deposited on the ocean floor and now found on the oldest parts of the Earth’s crust.

Cliff exposures at Joffre Falls (opens in new tab) show how layers of reddish-brown iron formation just under a meter thick are alternated, at regular intervals, by darker, thinner horizons.

The Joffre Gorge in Karijini National Park in western Australia, showing regular alternations between reddish-brown, harder rock and a softer, clay-rich rock (indicated by the arrows) at an average thickness of 85 cm. These alternations are attributed to past climate changes induced by variations in the eccentricity of the Earth’s orbit.  (Image credit: Frits Hilgen/Joshua Davies/Margriet Lantink)

The darker intervals are composed of a softer type of rock which is more susceptible to erosion. A closer look at the outcrops reveals the presence of an additionally regular, smaller-scale variation. Rock surfaces, which have been polished by seasonal river water running through the gorge, uncover a pattern of alternating white, reddish and blueish-grey layers.

In 1972, Australian geologist A.F. Trendall raised the question about the origin of the different scales of cyclical, recurrent patterns (opens in new tab) visible in these ancient rock layers. He suggested that the patterns might be related to past variations in climate induced by the so-called “Milankovitch cycles.”

The Milankovitch cycles describe how small, periodic changes in the shape of the Earth’s orbit and the orientation of its axis influence the distribution of sunlight received by Earth (opens in new tab) over spans of years.

Rhythmically alternating layers of white, reddish and/or blueish-grey rock at an average thickness of about 10 cm (see arrows). The alternations, interpreted as a signal of Earth’s precession cycle, help us estimate the distance between Earth and the moon 2.46 billion years ago. (Image credit: Frits Hilgen/Joshua Davies/Margriet Lantink)

And the signatures of these changes can be read through cyclical changes in sedimentary rocks (opens in new tab).

The distance between the Earth and the moon is directly related to the frequency of one of the Milankovitch cycles — the climatic precession cycle (opens in new tab). This cycle arises from the precessional motion (wobble) or changing orientation of the Earth’s spin axis over time. This cycle currently has a duration of ~21,000 years, but this period would have been shorter in the past when the moon was closer to Earth.

This means that if we can first find Milankovitch cycles in old sediments and then find a signal of the Earth’s wobble and establish its period, we can estimate the distance between the Earth and the moon at the time the sediments were deposited.

The banded iron formations in Australia were probably deposited in the same ocean (opens in new tab) as the South African rocks, around 2.5 billion years ago. However, the cyclic variations in the Australian rocks are better exposed, allowing us to study the variations at much higher resolution.

Our analysis of the Australian banded iron formation showed that the rocks contained multiple scales of cyclical variations which approximately repeat at 4 and 33 inch (10 and 85 cm intervals). On combining these thicknesses with the rate at which the sediments were deposited, we found that these cyclical variations occurred approximately every 11,000 years and 100,000 years.

Therefore, our analysis suggested that the 11,000 cycle observed in the rocks is likely related to the climatic precession cycle, having a much shorter period than the current ~21,000 years. We then used this precession signal to calculate the distance between the Earth and the moon 2.46 billion years ago (opens in new tab).

We found that the moon was around 37,280 miles (60,000 kilometres) closer to the Earth then (that distance is about 1.5 times the circumference of Earth). This would make the length of a day much shorter than it is now, at roughly 17 hours rather than the current 24 hours.

Our study and some research by others (opens in new tab) represents one of the only methods to obtain real data on the evolution of our solar system, and will be crucial for future models of the Earth-moon system (opens in new tab).

It’s quite amazing that past solar system dynamics can be determined from small variations in ancient sedimentary rocks. However, one important data point doesn’t give us a full understanding of the evolution of the Earth-moon system.

We now need other reliable data and new modelling approaches to trace the evolution of the moon through time. And our research team has already begun the hunt for the next suite of rocks that can help us uncover more clues about the history of the solar system.