Spooky season has returned to Overwatch–and for the first time, Overwatch 2. A few weeks after the launch of Overwatch 2, the game’s first special event, Halloween Terror 2022, has begun. This event, which runs from October 25 to November 8, features the return of the Junkenstein’s Revenge PvE arcade mode along with some new spooky skins. During the event, players can also earn some free rewards in addition to the new items in the shop. From October 25 to November 1 players can also earn a legendary Winston skin by watching Overwatch 2 creators with Twitch Drops enabled. Here’s all you need to know about Overwatch 2 Halloween Terror 2022.

Junkenstein’s Revenge is a PvE horde mode-style event, where four players need to defend a castle door against waves of robots and Junkenstein’s allies, which consist of AI-controlled versions of Reaper, Junkrat, Roadhog, and more. Blizzard has added new versions and difficulties to the mode over the different Halloween events, so there are a variety of different modes and special challenge modes. The challenge modes provide another tier of difficulty, with options including things like only three heroes or randomized heroes. This year’s version has the Wrath of the Bride version, which adds Sombra as an AI enemy.

In addition to the achievements that can be unlocked by completing different versions of the mode, there are event challenges that are only available during the Halloween Terror event. These challenges offer up a variety of different rewards, including sprays, voice lines, weapon charms, name cards, and battle pass XP.

All Halloween Terror 2022 challenges and rewards: 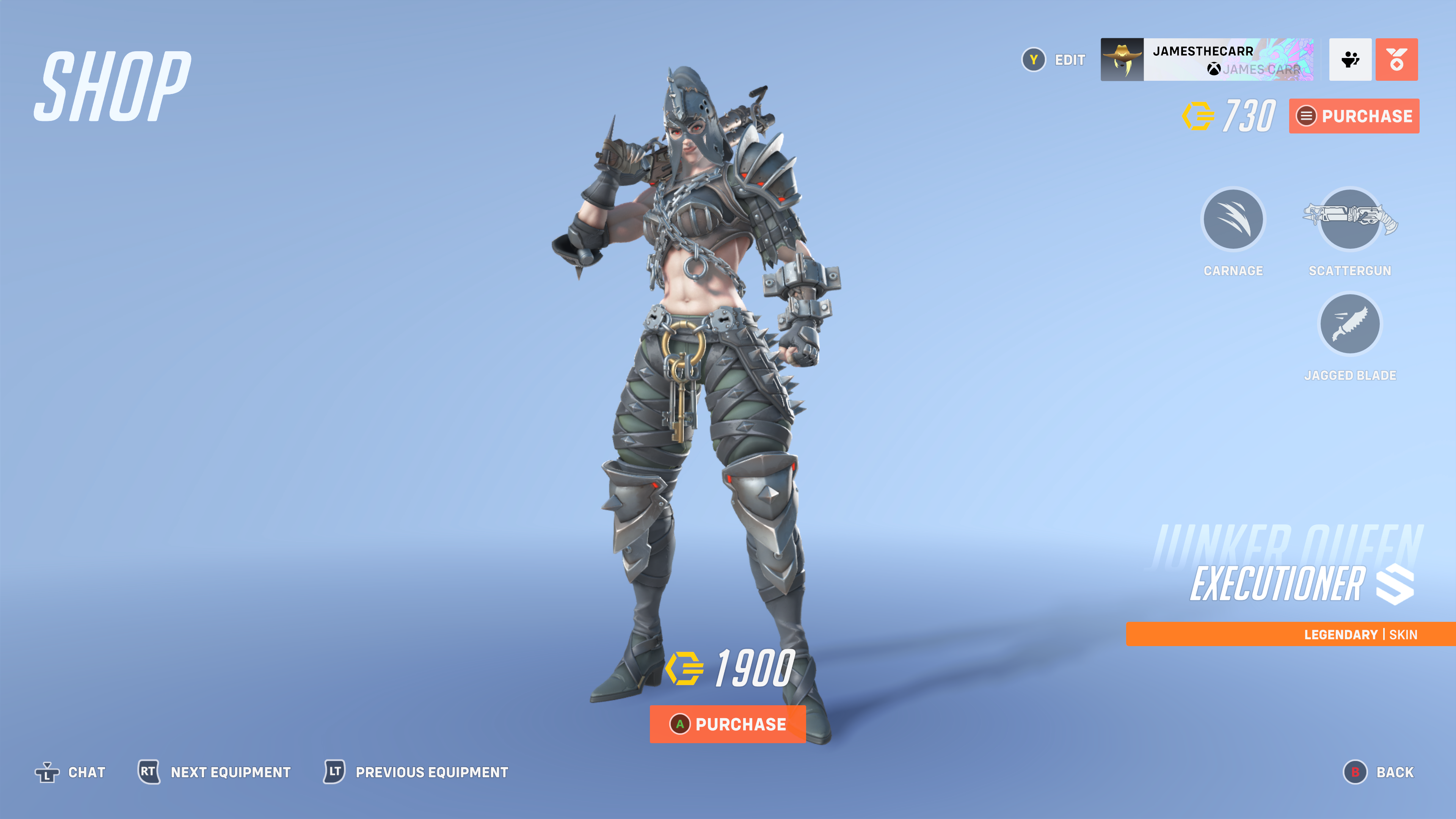 There are only a handful of new cosmetic items available in the Halloween Terror event for Overwatch 2. There is a new legendary skin for Reaper, Cursed Captain, which turns the damage hero into a ghostly pirate. This skin is being given out for free to everyone who logs in between October 25 and the end of Season 1 as an apology for the rocky launch. The Werewolf Winston skin, which isn’t new, is available to earn by watching four hours of Overwatch 2 on Twitch.

In the store there are two new legendary skins. The Witch Kiriko skin, which turns the new support hero into a magical witch, is available in a bundle for 2,600 Coins (roughly $26 USD) with a few other cosmetic items. The legendary Executioner skin for Junker Queen is available by itself in the store for 1900 Coins (about $19 USD.) The shop also has a variety of legendary skins from years past available for purchase, some separately and some in bundles. The shop resets every Tuesday, so it will refresh at least once during the event, possibly offering new items.