Pew pew! Perseverance rover on Mars picks its own prize rocks to shoot with laser 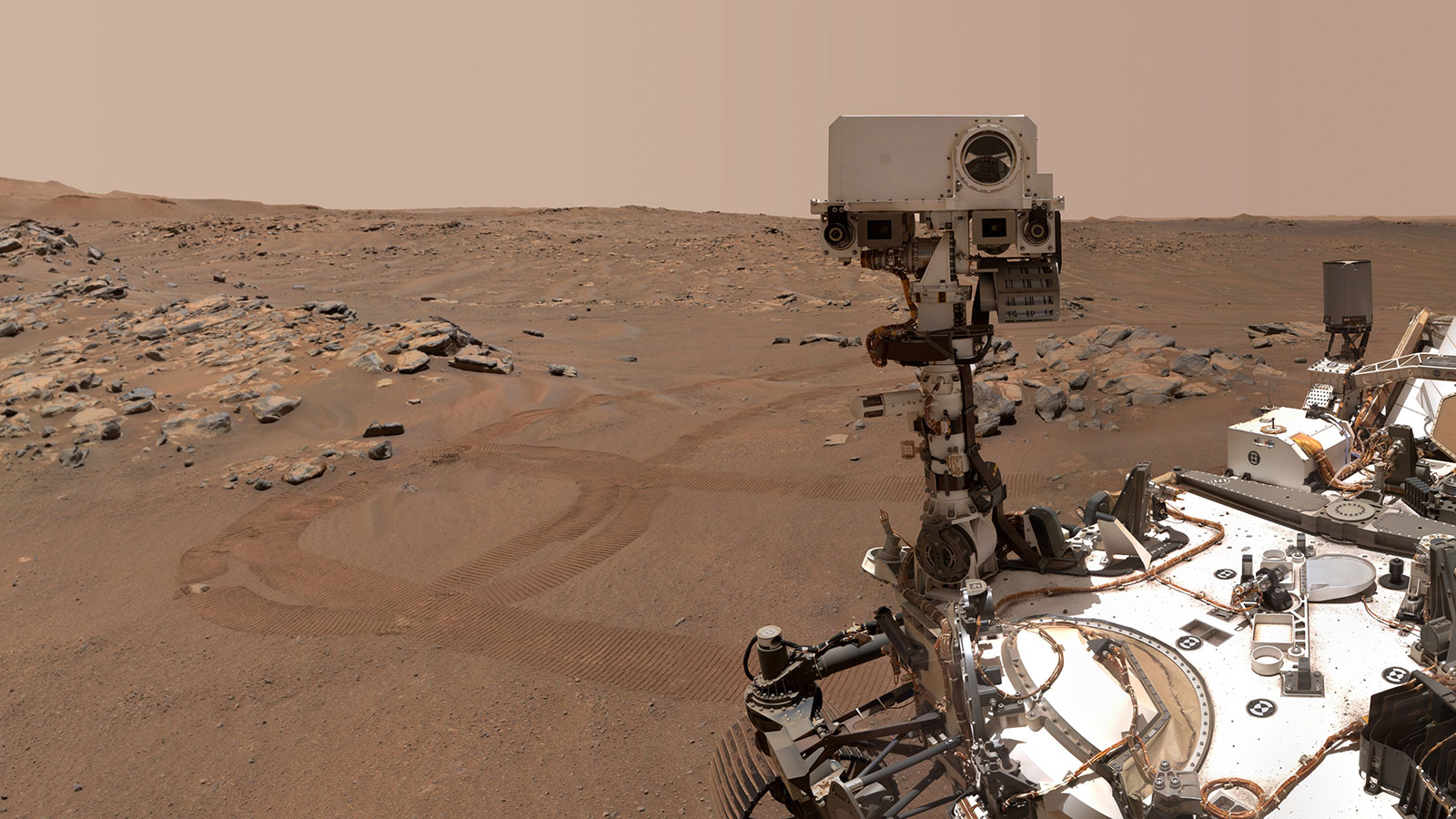 NASA is hailing the Perseverance rover’s improved ability to pick its own targets as a way of speeding up science on Mars.

Without explicit direction from Earth, the Perseverance rover zapped two rock targets with its SuperCam instrument on Sol 442 (May 18) to learn more about their elemental compositions, mission scientists said in an update Tuesday (May 31) about the Mars mission.

“Normally, when the rover team picks the targets, the observations are not made until the following day,” Roger Wiens, principal investigator of SuperCam and a planetary scientist at Los Alamos National Laboratory, said in a statement (opens in new tab). “If Perseverance picks its own targets, it can shoot them right after a drive.

“Having the SuperCam results right away can alert the team to unusual compositions in time to make decisions about further analyses before the rover moves on,” Wiens added.

Perseverance’s software for target selection is called Autonomous Exploration for Gathering Increased Science (AEGIS), which was developed at NASA’s Jet Propulsion Laboratory in California for other rover missions, Wiens said. The software was then adapted for Perseverance’s SuperCam instrument.

“AEGIS requests Navcam images to be taken, and it then analyzes the images to find rocks and prioritize them for analysis based on size, brightness and several other features,” Wiens said. “It subsequently initiates a sequence in which SuperCam fires its laser to determine the chemical makeup of one or two top priority targets selected from the Navcam images.”

AEGIS was tested for this new capability starting in March. In May, the rover also took images to show where the laser (a newer addition to the testing sequence) was used. With this test showing success, the team plans to use AEGIS “to provide more rapid data on the composition of rocks around the rover’s path,” Wiens added.

Perseverance landed on Mars on Feb. 18, 2021, and, along with a helicopter called Ingenuity, is exploring an ancient river delta in an environment that was potentially rich with microbes billions of years ago.

The rover will cache its most promising samples for a future mission that will pick up the materials and send them back to Earth in the 2030s.