Resident Evil 4 is one of the greatest games ever made, but I don’t have to tell you that. I don’t have to remind you that it changed the landscape of third-person action games, or that it single-handedly redefined the entire Resident Evil franchise, as well as the survival-horror genre (for better and worse). But still, those facts cannot be understated, especially when talking about its upcoming remake.

When Capcom officially announced it was remaking Resident Evil 4, I was apprehensive. The original Resident Evil 4 is not without its blemishes–it is, after all, a 17-year-old game. But tank controls and Ashley Graham aside, my apprehension was largely tied to whether Capcom could capture the spirit of the original.

Now that I’ve played 30 minutes of Resident Evil 4 Remake, I can say that most of my concerns have been washed away. While brief, my time with the demo showed me that this could be the Resident Evil 4 Remake fans want, but not the one they’re expecting. And this approach can be illustrated by a single choice Capcom has made involving a dog–you know the one.

The demo starts at the beginning of the game, with an exposition dump of everything that’s happened since the events of Resident Evil 2 Remake. It’s a brief scene that exists in the original, but the remake uses it as an opportunity to flesh out Leon Kennedy’s character. The one-time rookie cop divulges the horrors he witnessed in Raccoon City and the PTSD he’s carried since that gruesome event. This is an important distinction, as it appears that Capcom is taking Leon’s character development more seriously than before. In the original, Leon was more or less a non-character who existed to look cool and be cool so the player could feel cool too (and damn did I feel cool back then). But below those iconic one-liners and that swoopy hair and sweet jacket, Leon wasn’t much more than cool. He was a one-note action hero cornball.

This intro, however, creates weight and empathy for him that I hope is explored more in the game, and thankfully that seems to be the case. According to Resident Evil 4 Remake producer Yoshiaki Hirabayashi, Leon is struck with regrets from the Racoon City incident, and while preserving the original game’s story is top priority, he indicated that Leon’s experience from that fateful night will remain a common thread throughout.

The first few steps into the entangled moonlit forest somewhere in Spain quickly established a more menacing tone than the original. There was a sense of impending dread that was emphasized by the buzzing of flies, the squawks of crows, and the rotting mound of animal caracases stacked along the path. The once-short hike to the shack I had taken so many times before was now a trudge through overgrown and claustrophobic woods.

Without revealing too much, the way in which the opening shack unravels is certainly different, and that’s a good thing. It subverted my expectations of the iconic first encounter with a Ganado, and though subtle, the change was enough for me to start questioning what would happen around every corner. It was clear that Capcom was toying with the expectations of returning players like me, and that made me as excited as I was terrified.

In its changes, the shack is absolutely terrifying this time around. I was forced to navigate its many hallways and rooms, which felt much more maze-like. And, to my surprise, it featured locked doors that required keys to open. It’s a small detail, but one that further sets it apart from the original, making it more akin to the traditional Resident Evil design that RE4 moved away from. Hirabayashi-san referred to this as “powering up” elements of the original. He told me that it was the team’s mission to take areas that we know and love from the game, preserve them, and then accentuate them. Although the opening is certainly more horror-centric, that isn’t the case for the rest of the game. According to Hirabayashi-san, action sequences from the original will get the same kind of power up, but he wasn’t able to elaborate on how.

Wandering through the shack, I could feel the layer of filth covering the dry rot of its walls; it felt grimey, disgusting, and dilapidated. And this all came to a head with the harrowing first run-in with Resident Evil 4 Remake’s take on the Ganado.

It convulsed and gurgled as it moved one step at a time towards me. With only one ammo clip at my disposal, cornered and trapped, I alternated firing off rounds and desperately fending it off using my knife, which, unlike the original, has a durability bar (another carryover from Resident Evil 2 Remake). In the frantic struggle to down the Ganado, popping off rounds with Leon’s pistol felt punchy, which made landing shots satisfying and the misses all the more woeful. After several shots and frantic stabs, the Ganado went down as a bloody, mutilated mess (not without a few extra stabs in the noggin just to make sure it was dead and also to settle my heart rate).

Ganados were revolutionary in the original for their distinct movements, like ducking out of the way of your crosshair or holding their hands in front of their face to block shots. We’ve come a long way since then, but it’s safe to say that their frenetic characteristics have been turned up a notch to ensure they’re still a threat. They’ll still juke out of your line of sight, but this time their patterns feel more unpredictable: They’ll twitch and growl before suddenly lunging to grab you, and will flail their fists at you if they’re empty-handed. Up close, their faces are contorted and grimacing, and being grabbed by one offers a chance to get intimate with the details in their expressions. Like before, aiming for the knee will prompt enemies to fall to the ground, cueing up a prompt to kick their face for a knock-back effect on the surrounding villagers. And, as expected, it felt incredibly cool, because Leon is still, in fact, a very cool dude.

Something new to the mix were executions. During one violent ruckus with two Ganados, I downed one, which prompted an invitation to press R2, making Leon plunge his knife into the target. This leads me to believe the possibility of it being a major mechanic later in the game when parasites eventually erupt from the necks of the decapitated Ganados. If navigating a horde of Ganados isn’t stressful enough, the prospect of a risk/reward in executing one before the situation is exacerbated with a head parasite is anxiety-inducing to think about.

Escaping the shack became a panicked waltz, maneuvering its many rooms that Ganados now inhabited, before getting cornered upstairs by several enemies. That was when Leon said, “I’ll see myself out” and jumped out a window. Yes, Leon S. Kennedy is still an absolute cornball. But a cool one.

Sprinting through the woods, I could hear groans and murmurs from villagers in the distance, really giving the sensation of being surrounded on all sides. And if my anxiety wasn’t high enough, that’s when I came across the dog. In this Resident Evil 4, there is no dog to save from a bear trap. Instead, a murder of crows surrounded its corpse, leg still trapped. The message was clear: This Resident Evil 4 is darker and even more dire than the one you know.

Through all its subtle changes, one thing remained near identical: the village scene. This was, to me, a shining moment that Capcom knows not to fix, because it certainly ain’t broke. Instead, the remarkable difference is the introduction of stealth. This time, Leon can crouch and move around, creating the opportunity to silently pick off enemies and gather resources. But don’t be fooled; the rampage of villagers hunting you down is still inevitable. The moment you’re spotted, it’s a white-knuckled sprint to stay alive as you are surrounded on all sides.

I scrambled through doors, jumped through windows, avoided dozens of Ganados that lurched at me or threw hatchets from all angles. I’d pop one in the knees, kicking it into the crowd, only to be grabbed from behind, triggering a parry attack to plunge my knife into their face. While ammo was scarce, materials weren’t; I had to scavenge through drawers to find supplies to craft ammunition and health items–another design trope carried over from the broader series. Crafting was a welcome dynamic that changed my decision-making in the midst of fending off the horde. And through the chaos and frantic controller-crunching, Leon still managed to toss out one-liners, adding much-needed levity with a casual “bill me for the repairs later” quip after shooting a lantern that erupted into flames. I audibly cheered when it happened. When talking to Hirabayashi-san about preserving Leon’s corniness, he told me that “he’s not a superhuman guy, he’s just cool.” He elaborated by saying that Leon uses these one-liners as a way to manage the tension of these dangerous situations he’s in.

The chaos I was so familiar with from the original was turned up to 11 this time around–powered up, as Hirabayashi-san mentioned. The way the Ganados now move, bump into each other, and scramble to tear you apart with their bare hands is only topped in intensity by the menacing presence of the Chainsaw Man, who now smashes through the environment to get to you, adding an extra maniacal presence to an already high-stress situation. When the demo ended, I could still feel my heart pounding through my chest. 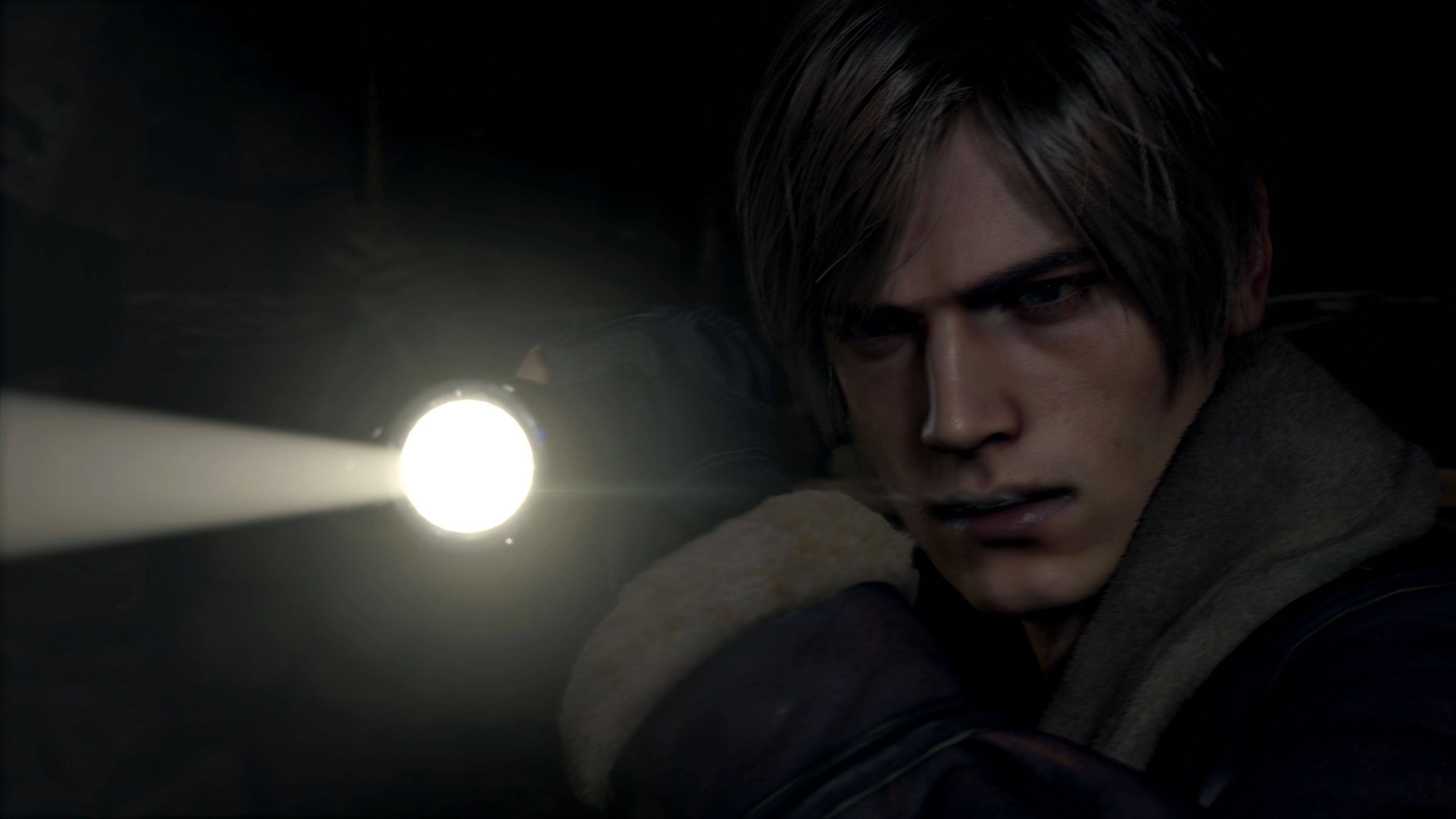 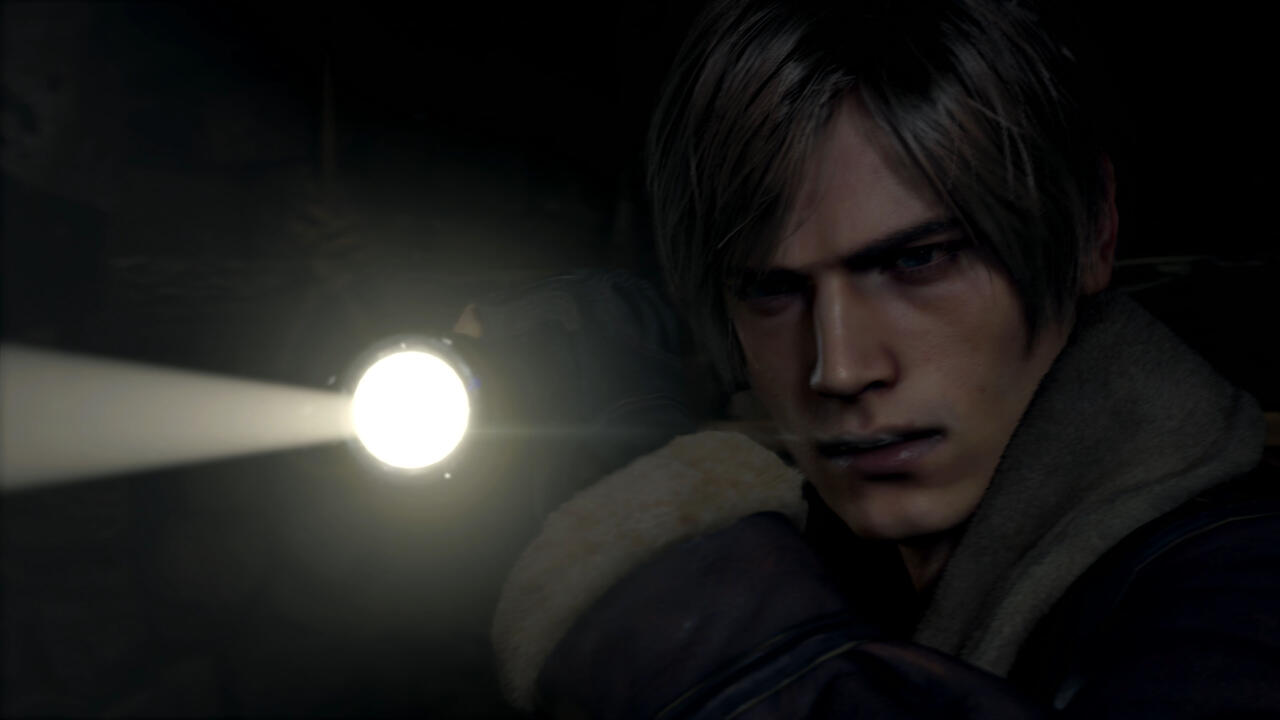 There’s more of an emphasis on survival now, which is counterbalanced by being able to sneak around, as well as craft ammunition and health items. It’s very interesting to see how the original had made such a distinction from its survival-horror roots, only for the remake to reaffirm them. And in doing so, it seems to be incorporating more modern trends, like stealth, a la The Last of Us. Capcom is making an effort to balance the action and survival, and I’m eager to see whether or not it can pull it off.

Resident Evil 4 Remake doesn’t feel like it’s aiming to revolutionize games the way the original did 17 years ago. Instead, Capcom is doubling down on what has made Resident Evil 4 timeless all these years later: its design, its tension, and, of course, Leon S. Kennedy. In doing so, its goal is to emphasize what remains great, while fine tuning it with everything the franchise has learned in its 26 years of existence.

There are still so many details I haven’t divulged, as I think there’s a lot in store for returning fans to discover for themselves. So far, it feels like Capcom knows what it needs to change in order to stand on its own among a new generation of horror games (not to mention, the plethora of remakes on the way, like Dead Space and Alone In The Dark). And Capcom also knows what it needs to please returning fanatics like me–and, yeah, the bingo line is back.

« NASA to Participate in ASCEND Conference, Brief Media on Tech Demo » Seeds launching to the moon in 2025 will test plant resilience