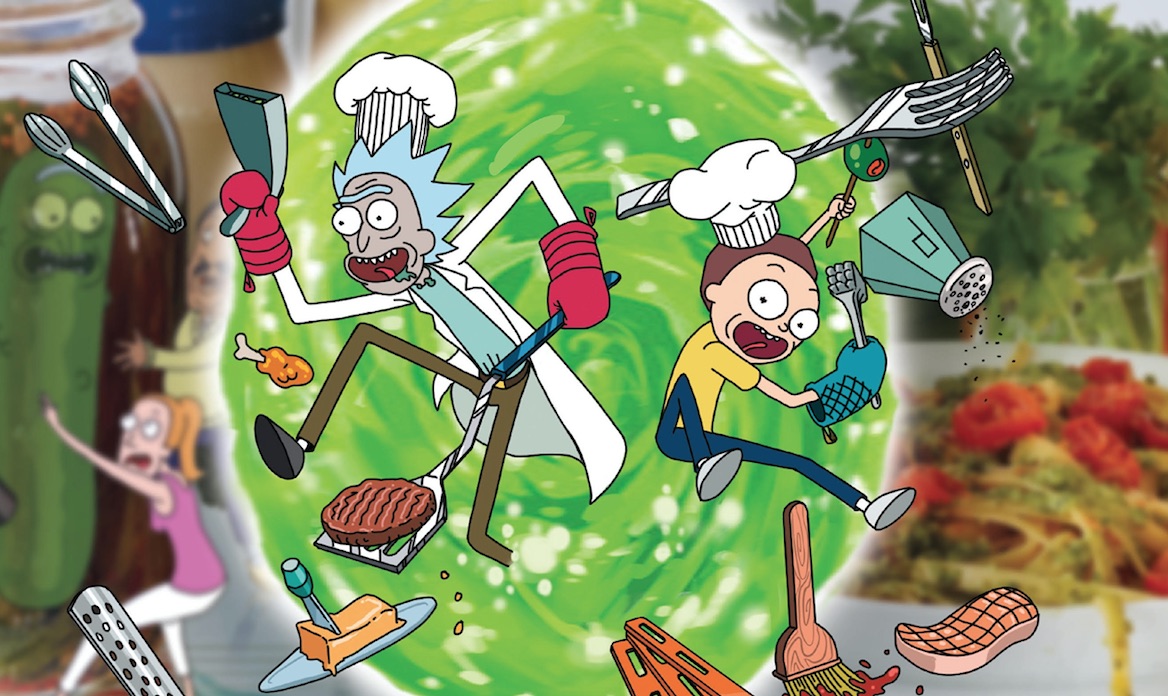 “Rick and Morty,” Cartoon Network’s animated sci-fi sensation, has recently launched into its sixth season of portal-hopping hysteria and the bizarre adventures will blow your wandering mind into infinity.

To capitalize on the madness of Rick’s and Morty’s weekly missions into the multiverse, publisher Insight Editions has unleashed a delectable volume of themed recipes in “Rick and Morty: The Official Cookbook. (opens in new tab)”

While your spirit is adrift in parallel dimensions, you can curb your hunger by following these instructions on how to craft a gastronomic gallery of beverages, entrees, snacks, appetizers, side dishes and desserts all with a science fiction flair.

Written by August Craig and James Asmus, this 144-page hardcover takes inspiration from the surreal series on Adult Swim’s late-night block of mature programming and showcases many of the foods mentioned in many of the series’ insane episodes over the past nine years.

Insight’s appetizing volume arrived in our universe on Oct. 4, 2022 and contains dozens of mouthwatering edibles that budding chefs and experienced kitchen commandos can conjure up with a minimum of fuss without ever leaving the confines of our home galaxy.

Create dishes from across the multiverse with “Rick and Morty: The Official Cookbook!” Featuring cuisine from the planets and dimensions seen in the series, this colorful cookbook offers a wide variety of over 50 recipes inspired by the beloved show. Fans will delight in recreating the show’s most iconic dishes, such as Sugar Chicken and Pickled Ricks, along with a host of other appetizers, main courses, desserts, and drinks. Bursting with photography that’s sure to inspire chefs of any skill level, this cookbook is the perfect culinary companion for your travels across space and time.

Each culinary creation is directly inspired by creators Justin Roiland and Dan Harmon’s pop culture phenomenon, “Rick and Morty,” with easy step-by-step instructions and helpful cooking tips for famished Earthlings around the globe.

Insight Editions’ “Rick and Morty: The Official Cookbook (opens in new tab)!” hopped through a swirling green portal on Oct. 4.

« 30-Day NFT Sales Are 88% Lower Than They Were 8 Months Ago, Google Searches Nosedived » Persona 4 Golden and Persona 3 Portable hit modern consoles in January