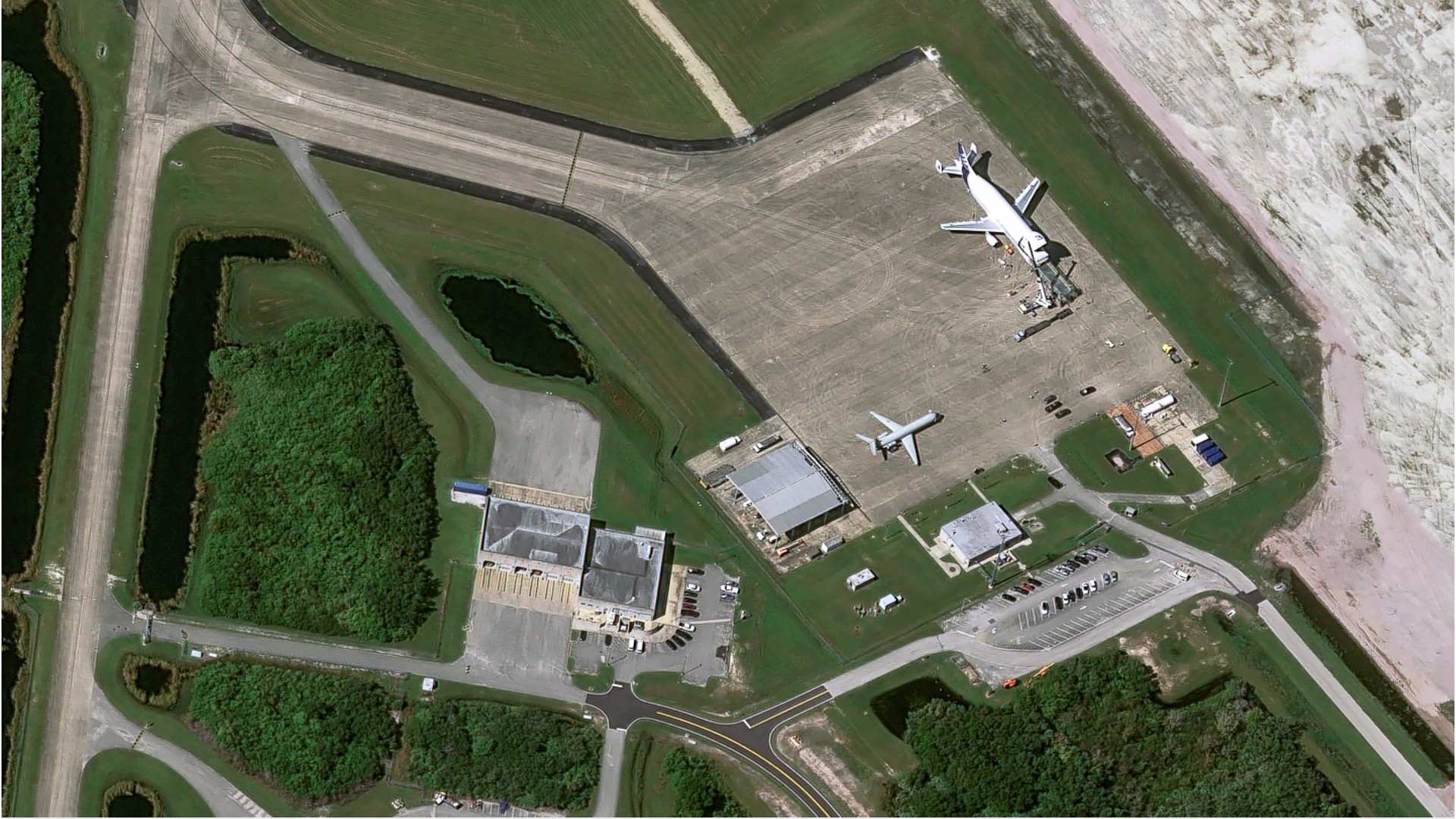 Satellites watched as an absolutely massive Airbus Beluga aircraft unloaded a satellite at NASA’s Kennedy Space Center (KSC) in Florida ahead of a planned SpaceX launch.

The Airbus Beluga ST is one of the largest currently operational aircraft based on the volume of its cargo hold, making it even more impressive when viewed from space. The Beluga was delivering the Hotbird 13G satellite to KSC on behalf of telecommunications giant Eutelsat.

Images captured by an Earth observation satellite operated by France’s National Center for Space Studies (CNES) show the whale of an aircraft completely dwarfing everything around it as it dropped off the satellite at on Saturday (Oct. 15).

The Airbus A300-600ST (Super Transporter), or Beluga, made its first flight in 1994. According to Airbus (opens in new tab), it measures 184 feet (56 meters) in length and has a wingspan of 147 feet (44.8 m). The massive cargo jet can carry payloads weighing up to 44 tons (40 tonnes) and measuring 22 by 23 by 127 feet (6.7 by 7.1 by 39 m). The cargo area even features a special heating module that can be used when sensitive payloads that require climate controls are being transported, ensuring they aren’t damaged in flight. Only five Belugas have been built to date.

An Airbus Beluga being loaded with the Hotbird 13G satellite in Toulouse, France. (Image credit: Airbus)

The Hotbird 13G satellite the Beluga carried to KSC on Oct. 15 has a “twin,” Hotbird 13F, which was launched to space aboard a SpaceX Falcon 9 rocket only hours prior to the Beluga landing in Florida. Jean-Marc Nasr, head of space Systems at Airbus, called the opportunity to deliver Hotbird 13F on Oct. 15 a “true honor to consecutively showcase two satellites for our customer Eutelsat: two pieces of European technology at the iconic Kennedy Space Center.”

“The ability of Airbus to field an autonomous European solution is underscored by the transportation of our satellites in the unique Beluga aircraft,” Nasr continued. “A true example of pan-Airbus synergies!”

The Hotbird satellites will be used to broadcast television channels throughout Europe, the Middle East, and Northern Africa and were developed in conjunction with the European Space Agency, CNES, and the UK Space Agency.

The last time the Airbus Beluga flew to the United States was in 2009, when it delivered the Tranquility module ahead of its launch to the International Space Station aboard space shuttle Endeavour.